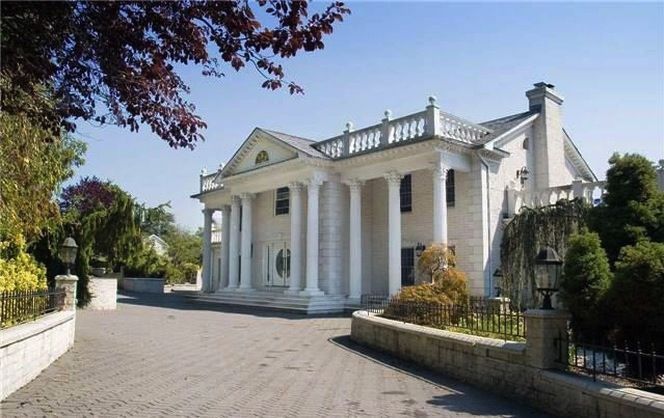 The Old Westbury mansion belonging to Victoria Gotti was raided by federal agents last week in what reports said was part of a tax fraud investigation.

A search warrant was issued for the property on behalf of the Internal Revenue Service for an investigation targeting her sons John, Carmine and Frank, the New York Daily News reported.

Victoria Gotti is the daughter of late Gambino crime family boss John Gotti, who was notorious for being acquitted numerous times on mob-related charges in New York City.

The mansion was raided along with an auto parts store in Queens owned by her sons, the Daily News said.

Victoria Gotti and her  sons were the subjects of a 2004-2005 A&E reality show “Growing Up Gotti,” which took place at the white marble brick mansion in Old Westbury.

In 2009, the estate was faced with foreclosure after Gotti failed to pay the mortgage for two years. Through a series of real estate deals, Gotti was able to make a  $700,000 mortgage payment.

Last month, Gotti’s son John Gotti Agnello was arrested after police stopped him in his car and found unauthorized pills, including 205 tablets of oxycodone, the  Daily News said.

He was pulled over because the car he was driving had tinted windows, but upon investigating police found the pills and almost $8,000 in cash, reports said.

Readers Write: Enough already with all the junk mail being sent
Next Article