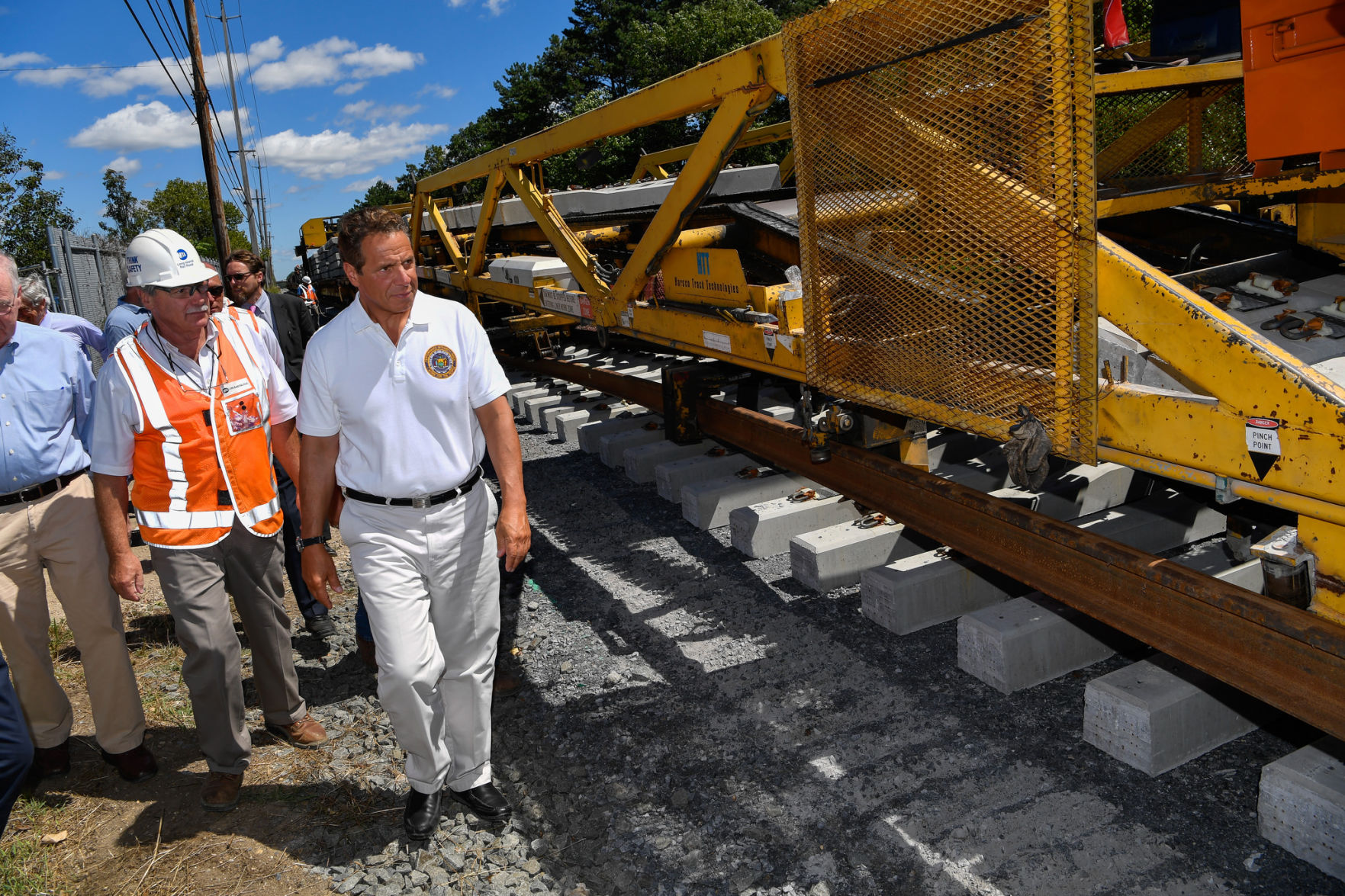 While its detractors call it an unjustified infringement on their lives, Gov. Andrew Cuomo said Monday that the Long Island Rail Road’s third track project is a necessary part of a “seamless transportation system” the New York City region desperately needs.

Together with a second track on the Ronkonkoma branch — scheduled to be completed in 2018 — the project is part of a multibillion-dollar plan that will better connect the LIRR to modernized transit centers and infrastructure the state needs to remain economically competitive, Cuomo and Tom Prendergast, chairman of the Metropolitan Transportation Authority, told state and local lawmakers in Hauppauge.

“These are two tracks on the Long Island Rail Road, part of a much larger system, bringing you to the east side of Manhattan, bringing you to LaGuardia, bringing you to a Penn Farley, which is a much better new modernized train station,” Cuomo said. “So it’s all in that context. It’s not about just one piece of the puzzle. It’s the entire system we’re putting in place.”

The LIRR has finished laying track between Central Islip and Ronkonkoma, the first phase of the $387 million, 18-mile second track that will extend from Ronkonkoma to Farmingdale, Cuomo and Prendergast announced Monday.

That project and the third track, planned to run 9.8 miles on the LIRR’s Main Line between Floral Park and Hicksville, both aim to give trains a path around breakdowns and other problems that rankle commuters throughout the railroad system.

The second Ronkonkoma track will double the branch’s off-peak service, and, as Cuomo and the MTA have said since January, the third track will create the capacity for more eastbound trains during rush hours.

A third track becomes even more crucial with that “reverse commute” in place, Prendergast said, as the corridor becomes a bottleneck for the four LIRR branches that run on it.

“We’re really constrained. If one of the tracks is out, you’re absolutely crippled, so it’s even more so with those other projects in place,” Prendergast said. “So it’s critically important to Long Island Rail Road, especially going forward into the 21st century if Long Island wants to remain the economic engine that it is.”

The LIRR is using a new machine to lay the second Ronkonkoma track that places railroad ties 10 times faster than workers can, keeping the project on schedule and saving the MTA $2.4 million.

Critics of the third track say they are skeptical the project would get done in the estimated three years and stick to the estimated $1.5 billion cost.

But Cuomo touted the machine and his “design-build” scheme, in which private contractors handle the design and construction of large projects, as evidence that his ambitious building initiatives will get done on time and on budget.

The projects also play into Cuomo’s $100 billion infrastructure plan he announced this year that extends throughout the downstate region, he said.

The Ronkonkoma project includes a revamped station at Republic Airport in Farmingdale.

Cuomo’s $4 billion renovation plan for LaGuardia Airport includes an AirTrain from the LIRR’s Willets Point station — a proposal some transit advocates say will not make getting to the airport any faster.

Outside the rail system, Cuomo said he plans to revamp the Queens-Midtown Tunnel, the Brooklyn-Battery Tunnel and the Triborough Bridge. Specifics for those proposals have yet to be released.

An environmental study for the third track is underway.

A final “scope,” an outline of the study that incorporates and responds to public comments, is due out this week, the MTA says.

Third track critics say Cuomo and the MTA have failed to show a need for a project that will gravely disrupt their everyday lives with loud construction and lasting impacts on traffic and property values. Local officials have also decried what they call a lack of transparency and specifics in the project’s early stages.

Mayor Thomas Tweedy of the Village of Floral Park said he shares Cuomo’s goal of modernizing the LIRR, but he thinks the railroad must make incremental changes to its existing infrastructure before taking up a “megaproject.”

While it’s good that the railroad is doing some projects such as the second Ronkonkoma track and a train yard in Huntington, Tweedy said, there are still other smaller pieces the LIRR should prioritize.

“New work is not investment in infrastructure,” he said. “New work can augment what you have, but infrastructure are the signals are the rails are the equipment. That’s what needs to be upgraded first.”

Cuomo on Monday said the state has “lost literally decades” to opposition to projects such as these. Property values and economic development could suffer if they don’t go through, he said.

“You will suffocate Long Island if you don’t do this,” Cuomo said. 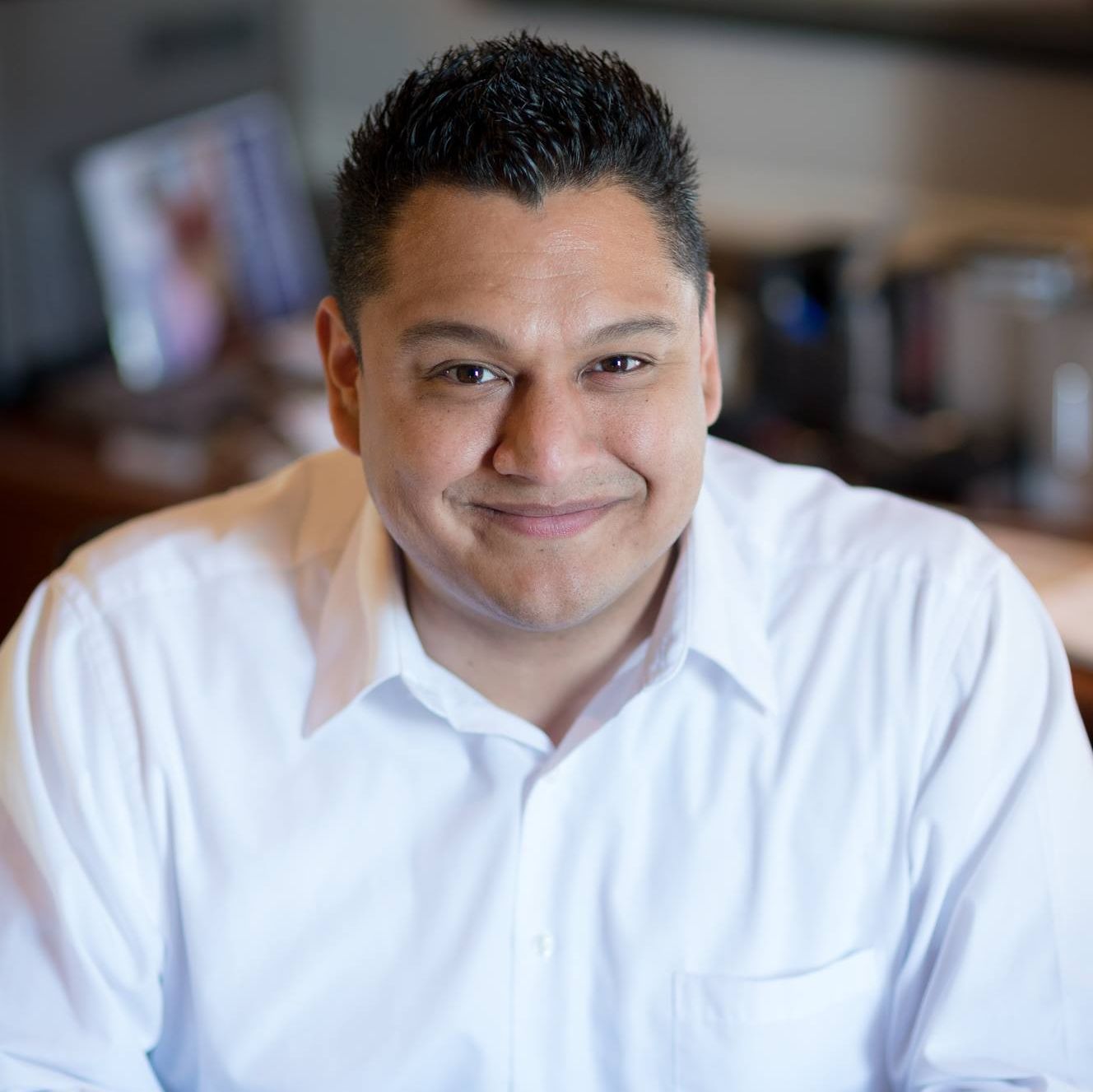