A group of Great Neck residents discussed ways to build enthusiasm around the peninsula’s business offerings as part of the first meeting of the grassroots group Destination: Great Neck.

Sunday’s meeting, board member and Lake Success resident Judy Liman said, featured a few people in the Northern Boulevard office of Janet Nina Esagoff, the principal attorney and founder of Esagoff Law Group and one of the group’s founders, along with more than 50 virtual attendees via Zoom.

During the meeting, goals were prioritized and committees were established to contact local governing bodies and discuss ways to promote local businesses, including the creation of pop-up fairs, increased parking and valet services, and streamlining business opportunities.  These initiatives will be coordinated with local governments on the peninsula, including the Great Neck Park District and the Town of North Hempstead, Liman said.

“I think it’s an exciting, organic group with diverse participation,” Liman said. “As far as being considered a destination, Great Neck really is just that. We’re right next to New York City and Queens, we’re on the Gold Coast of Long Island with fantastic restaurants, trains, parks, and right next to the water. It’s amazing.”

Other board members of the organization touted the swift work of those who participated in the meeting and stressed the importance of collaborative thinking on how they can bring the peninsula’s business district into the 21st century.

“Everyone one wants to play in the sandbox together. The thoughts are cooperation and progressiveness,” Long Island Chinese Business Association founder Lawrence Lin said.

“We want Great Neck to be the destination for people to live, work and play, and we welcome the diverse groups in our community to enhance businesses and brand recognition,” attorney and board member Lisa Saltzman said.

Michele Tabaroki, who runs the organization’s social media along with being the owner of Confidanze & Fitness Studio, touted the importance of businesses having an online presence when trying to find ways to generate more revenue.

“The vision of Great Neck is based on nostalgia, but there has to be audacious thinking,” Tabaroki said. “Social media has already jump-started this invigorating collective.”

Despite the pages being less than two weeks old, the efforts of Tabaroki and the social media postings have resulted in more than 500 followers on the group’s Facebook page, “Destination: Great Neck” and more than 700 followers on its Instagram page “@GreatNeckBiz.”

Esagoff said in an interview last week that the news of the Best Market in Great Neck Plaza being closed was one of the main reasons she wanted to start the grassroots efforts to revitalize the business district.

“That was kind of a wake-up call for me to head up all of these initiatives,” Esagoff said. “Our group of concerned residents is focused on the issue of how to improve the business district of Great Neck. We are exchanging solutions and hope to be a liaison with local governments to fill up vacant stores.”

Esagoff said she has noticed an occasional disconnect between village officials and residents regarding parking and ticketing. The group, she said, aspires to be a bridge to voice the issues facing residents so that their elected officials will know what is a legitimate issue and what could just be a grievance from a few individuals.

“There is an impression that residents have an issue with parking throughout the business district, but then government officials will dispute that,” Esagoff said. “A shuttle bus could be a possibility. Governments and the chamber will start to hear residents’ voices through our social media efforts.”

Officials from the nine villages have not been completely oblivious to a recent downturn in new stores opening on Middle Neck Road, the gateway to all of the stores Great Neck has to offer.  Efforts to revitalize the peninsula in a way beneficial to all of the villages have been made in the past. In 2019, the Great Neck Village Officials Association began hosting meetings which featured elected officials, business owners and guest speakers such as Eric Alexander of Vision Long Island.

“We are teaming up with the various communities and new groups to bring as much to the table as possible to revitalize ‘ALL’ of Great Neck,” Great Neck Chamber of Commerce President Dennis Grossman said in an email.

Grossman said he did not want to go into specifics on the chamber’s involvement until it reconvened on Wednesday. 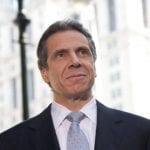 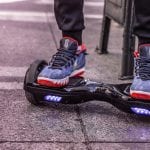 Hoverboard Laws You Should Know About