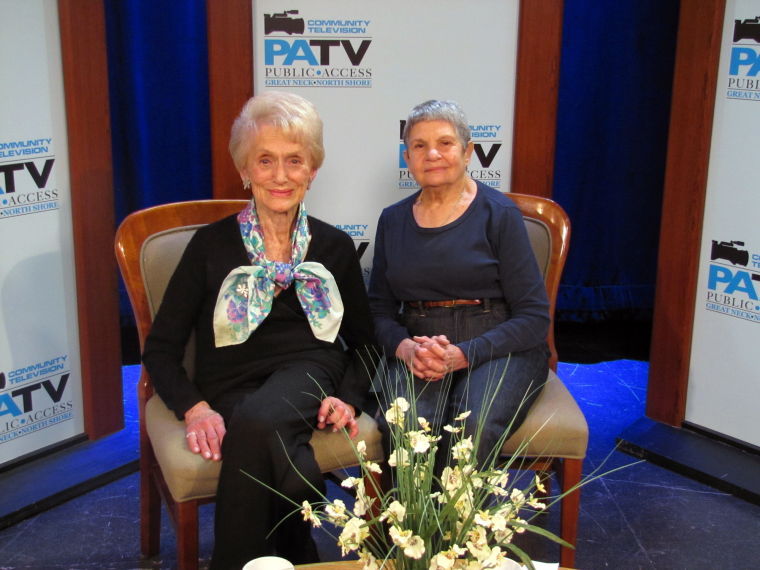 More than five years after testifying at a legislative hearing following a mass shooting at Sandy Hook Elementary School that claimed 26 lives, Great Neck author Lois Schaffer has once more found herself near a school suffering from tragedy.

In this case, she happened to be in Florida 45 minutes away from Marjory Stoneman Douglas High School, where 17 students were killed by a lone gunman. She called to find out how she can help.

“I wanted to be in touch with somebody there because I wanted to give some help, if I could help,” Schaffer said in a phone interview. “…Everybody wants to help, but I think I have more of a connection, unfortunately.”

Ever since Schaffer’s daughter Suzie was shot and killed by two armed teenagers in 2008, Schaffer has been vocal in a battle against gun violence.

She has worked with former state Assemblywoman Michelle Schimel to advance a microstamping bill, the group New Yorkers Against Gun Violence, and written a memoir: “The Unthinkable: Life, Loss, and a Mother’s Mission to Ban Illegal Guns.”

An average of 35,141 people were killed by guns per year between 2012 and 2016, according to Everytown for Gun Safety, a nonprofit advocacy group. 61.5 percent of the deaths were suicides and 36.2 percent were homicides, with the rest of the deaths listed as “unintentional” or having “undetermined intent.”

Schaffer said that while no significant federal legislation has been passed in Congress though, she is trying to combat gun violence through advocating for legislation and showing its human costs through a new book.

“You don’t give up one way or another,” Schafer said.

One law Schaffer said she has been pushing for over a year is a “safe storage ordinance,” which she hopes could prevent unintentional deaths such as one in Glen Cove, where a 15-year-old boy accidentally shot himself after getting a handgun.

“If I could at least get a safe storage ordinance implemented in Nassau County, I would feel that I’m doing something, that I’ve done something,” Schaffer said.

“Now what I am hoping for is that now that we have new legislators in Nassau County, we can visit that, and I have people are eager to join with me,” Schaffer added.

On the state level, she’s pushing for Extreme Risk Protective Order – or ERPO – laws, which would allow family members and others to petition a court to temporarily suspend a potentially dangerous person’s access to guns.

“If people had done anything, they could have taken the gun away from this kid,” Schaffer said, referencing the Stoneman Douglas shooter. “It would have saved lives.”

Additionally, on the federal level, Schaffer is speaking out a concealed carry reciprocity law in Congress that would allow residents of other states to have their permits be valid across state lines.

Schaffer said her new book project originally intended to capture 51 stories of people affected by gun violence – or one for each state, plus Washington D.C.

But Schaffer realized that it is “absolutely too much because there’s just so much that people can take,” she said. So instead, she is talking to people around the country for 15 stories.

“I have 11 stories from people who have been victims like me,” Schaffer said, “and they are from Connecticut, from Chicago, from Utah, from Providence, Rhode Island, from St. Louis, and from New York.”

Ultimately, Schaffer described herself as both an “eternal optimist” and a realist when it comes to seeing meaningful legislation being taken.

But she advised that, despite setbacks, people need to keep an eye on the 2018 midterm elections and keep doing what they can.

“Even though we have been disappointed, we have been seeing all of these deaths whether they be massacres or single deaths or so and on so forth, [do not] stop trying in some way to become involved, to do what each person can do to promote what is right and just for humanity,” Schaffer said.

Schaffer also noted it was the younger generation protesting the Vietnam War in the 1960s and that high schoolers like David Hogg and Emma Gonzalez seem particularly driven to bring change. 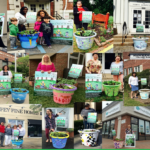 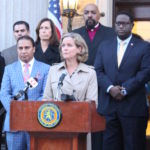