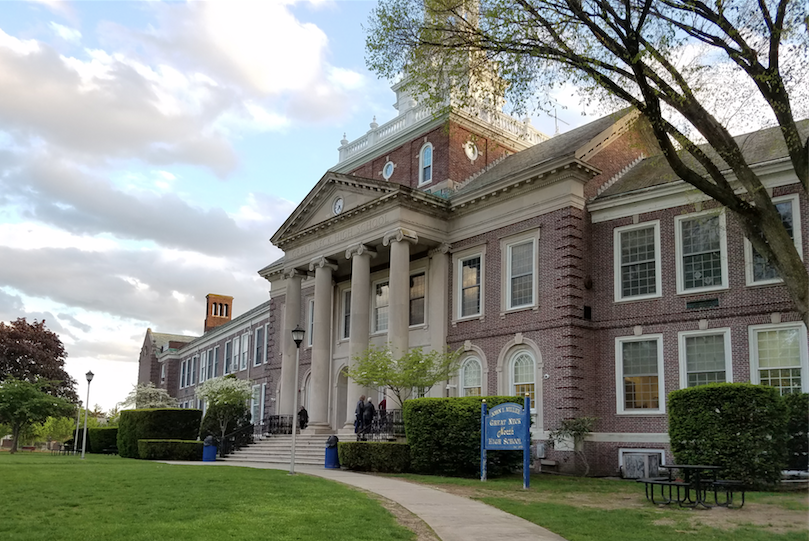 The Great Neck Board of Education plans to form a Building Advisory Committee after voters initially rejected a bond issue for building repairs and upgrades, and some residents questioned whether money was being wasted.

The building committee idea emerged when the Board of Education pushed a $85.9 million bond that was defeated in February and real estate brokers offered advice, 12-term Trustee Lawrence Gross said.

Trustee-elect Jeff Shi, who was elected to fill Gross’ seat, openly embraced having a building committee as a candidate. It aims to bridge a divide and provide transparency about building upgrades and repairs.

“That’s one of the key things, because there is a mistrust developed over the time,” Shi said in a previous interview.

This committee comes after some Great Neck residents expressed distrust about a subsequent $68.3 million bond, which was approved by voters this month, how the money would be spent, and why the schools needed certain repairs and upgrades.

“The bond proposition we are going to face on May 16 is a good example of wastefulness and mismanagement,” Jack and Wendy Roth wrote in a letter to the editor in the May 5 issue of the Great Neck News. “Every price on the line item is exaggerated by several folds.”

Trustees and administrators have said that most of the bond, $51.7 million, will go toward critical repairs like replacing roofs, windows and masonry to ensure student safety.

Another $26.1 million goes to educational and building enhancements like science labs, auditorium renovations, library centers, a new parking lot and various other upgrades to keep the schools “prepared for the 21st century,” trustees said.

The formation of the building committee follows the creation last year of  Citizens Advisory and Financial committees.

This Building Advisory Committee, like the other committees, will have representatives from the high school, community members without children, parents with children attending, and staff members. There will be up to 12 members appointed by the Board of Education, in addition to board members and administrators.

There will also be a member-at-large for each committee. Members serve one-year terms.

“The composition of the committee is really current parents, those who are not current parents, students and staff members, so it really represents a broad base of this community,” said Barbara Berkowitz, president of the Board of Education.

Trustee Donna Peirez, who has been involved in the schools for decades, said these three advisory committees are new and important.

“There were no advisory committees at all before last year,” Peirez said. “They were formed in order to give a community more of an opportunity to interact.”

This also builds upon efforts by the school board to reach out to the community. The board held many meetings regarding the bond and $223.3 million budget, recently established a Facebook page and is investigating other ways to communicate more directly with individual Great Neck residents.

Over the years, trustees said, they have established a working relationship with the private schools and spoken with various religious leaders throughout the community.