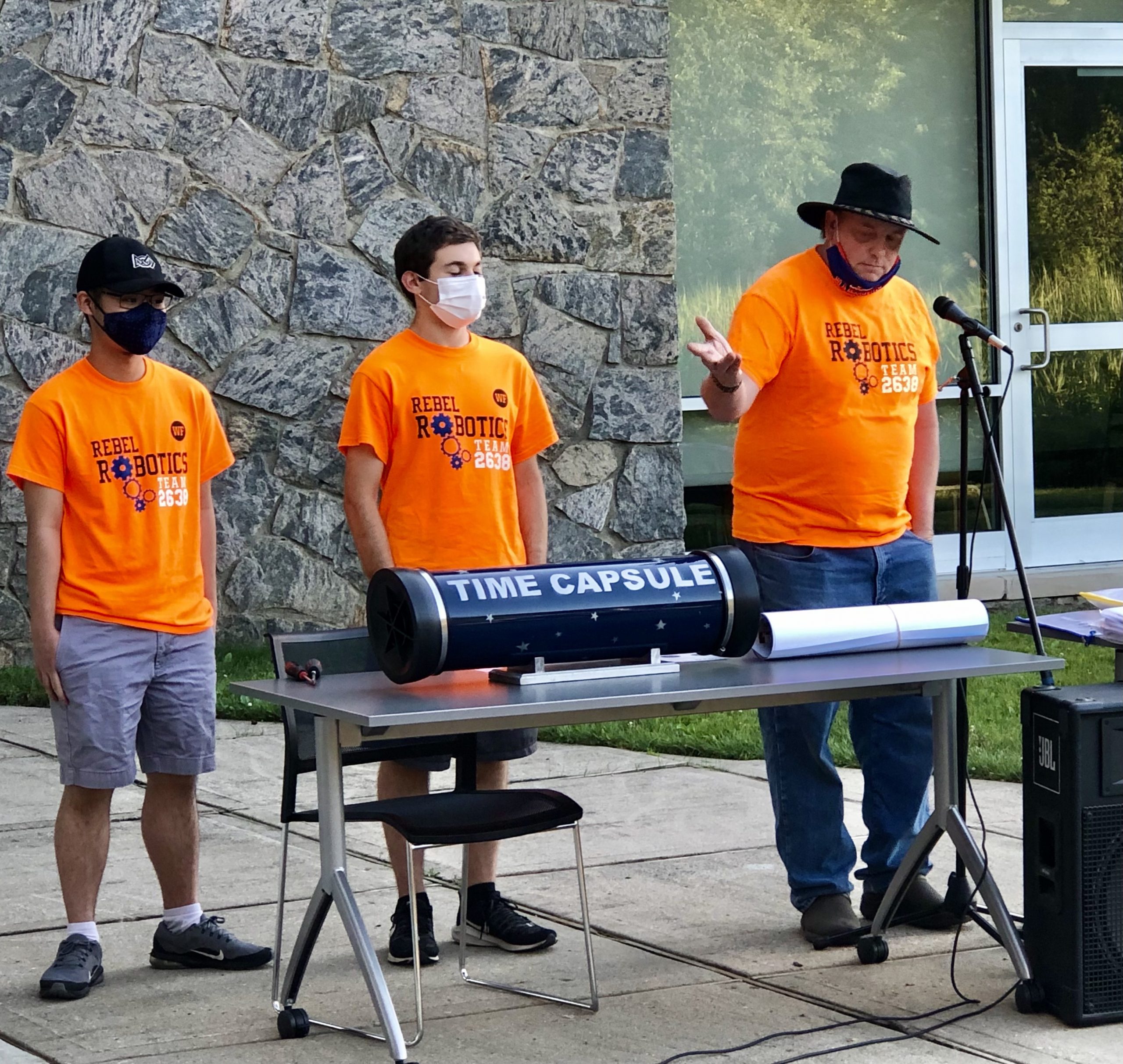 Members of the Great Neck community gathered to fill a time capsule with a variety of items ranging from virtual lesson plans to flash drives of online musicals to commemorate the coronavirus pandemic on Thursday.

The event, which was held outside the Great Neck Library’s Main Branch, was spearheaded by Kevin Sun, a member of Great Neck’s United Parent Teacher Council. Matt Jagoda, the co-chairman of the council’s Shared Decision Making Committee, touted the efforts of Sun and everyone else involved to find a creative way for the community to remember what life was like during a global pandemic.

“I think we can all agree that the pandemic has absolutely been devastating in so many different ways,” Jagoda said. “[The council] started to have a conversation about this and realized there are silver linings.”

The time capsule, which will be opened in March 2033, was created by the Great Neck South High School Robotics Team along with faculty adviser John Motchkavitz.

Motchkavitz said the online instructions for making a time capsule required a bit of improvising in order to fit a substantial amount of materials inside. He also compared the construction of the capsule to his students creating robots.

“Everybody thinks when you’re building a robot it’s like, ‘build a robot and they can do this or that,’ when it really has nothing to do with the robot,” Motchkavitz said. “It has everything to do with teamwork, cooperation, learning what troubleshooting is, learning what working together is all about, and learning how to solve problems.”

Jagoda said the items would be strategically placed inside the capsule after the event, to ensure every item will be able to fit properly. Some of the items included letters from Temple Israel seventh-graders to the people who will be opening the capsule in 2033 and flash drives containing prominent issues, flyers, slogans from the Town of North Hempstead and the Village of Thomaston.

“2020 was a monumental year, unlike anything we’ve ever seen before and it wasn’t an easy one,” Lurvey said. “We had our hands full, and we did everything we could to maintain our services.”

Sun, who was also representing the Great Neck Chinese Association, shared a story about 20 boxes of N-95 masks that went on an unexpected journey in early 2020. In January 2020, Sun said, the masks, manufactured in China, were sitting on a shelf at a CVS store, when a concerned community member with family in China got word of the initial stages of the virus outbreak.

The woman purchased and shipped the masks to her family, but due to the air traffic restrictions at the time, he said, the masks only made it to Hong Kong by the end of February. Then, when the pandemic hit the United States, the community member spent a “tremendous amount of work” trying to get the masks shipped from Hong Kong back to the U.S. Once the masks arrived back in New York, the community member donated the masks to the Great Neck Chinese Association, which distributed them to frontline workers, including hospital workers, police officers and firefighters.

“That is why we don’t have those masks with us today, because I am sure they accomplished their mission over the past year,” Sun said. “As we celebrate the reopening of New York, we cannot thank enough to those who contributed their tremendous hard work, their commitment and sacrifice who have been working on the front lines to save lives.”

Masks designed by students and district officials were also included as items for the capsule, along with letters written by kindergarteners who will open the capsule and read what they wrote as high school seniors. Robert Zahn, the district’s director of educational television and broadcast media, shared a flash drive of an all-virtual musical that South High School put on.

In April, the high school put on an all-virtual production of “A Chorus Line.” Zahn admitted that the way the filming and rehearsals went was extremely unorthodox. Each student, he said, filmed a singing part alone, without hearing anyone else. Zahn and his technical team, he said, then combined the pieces.

“For me, it was like a really emotional moment,” Zahn said. “At one point we have 40 students on screen and I stopped and looked for a second, and saw each one filming their own bit. From one, they became a whole. There they were in their gold costumes, singing their hearts out and giving it everything they had.”

The capsule will be on display at the Main Branch of the library until it is buried in March. 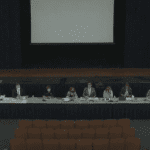 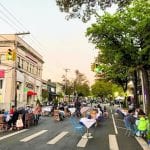 Port Washington’s downtown to be featured in islandwide initiative