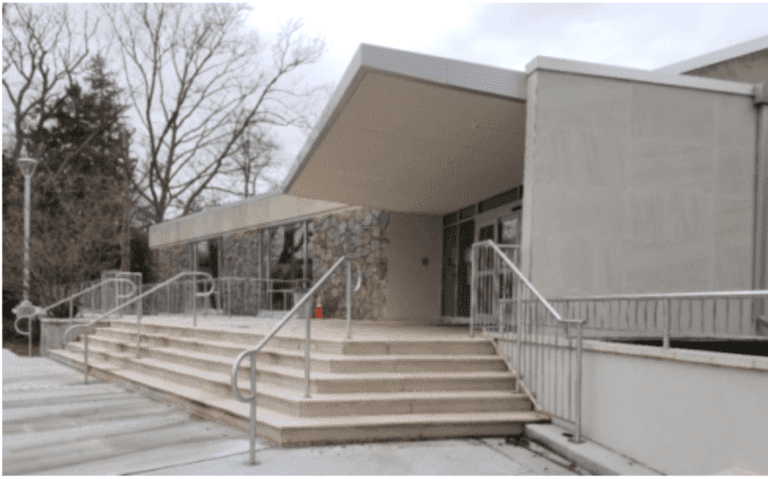 Members of the Great Neck Library Board of Trustees filed a legal complaint against members of the nominating committee and Trustee Barry Smith. (Photo by Janelle Clausen)

Nearly a month after having a legal complaint filed over the way it filled a board vacancy, the Great Neck Library Board of Trustees filed its own complaint last week claiming the board acted within its authority.

According to the complaint, which was submitted in Nassau County Supreme Court by Caroline J. Heller of Greenberg Traurig LLP,  the trustees said their efforts to fill a trustee seat were in accordance with the library’s bylaws. The vacancy on the board was a result of former Trustee Chelsea Sassouni resigning, effective Sept. 14.

The complaint lists Trustees Weihua Yan, Liman Mimi Hu, Kathleen Gold, Scott Sontag and Josephine Mairzadeh, along with the library itself, as plaintiffs. The defendants listed on the lawsuit, Trustee Barry Smith, library Nominating Committee Chairperson Marietta DiCamillo and Secretary Marianna Wohlgemuth, recently elected Trustee Donald Panetta and Village of Great Neck resident David Zielenziger, previously filed a complaint against the trustees alleging they were not in accordance with the library’s bylaws in an attempt to fill the board vacancy.

According to the library bylaws, the Nominating Committee is required to (and did, according to the complaint filed against the board) “submit to the Board the names of two or more members of the Association from which the Board shall elect one Trustee to act until the next annual meeting at which time the membership shall elect a Trustee to fill the unexpired term,” referring to the Great Neck Library Association.

Panetta was one of the names initially submitted by the committee, according to the complaint filed against the board, but became ineligible to fill the vacancy after he won another seat on the board in the library’s general election in October.

The committee then submitted Zielenziger’s name to replace Panetta as the second recommended candidate to fill the vacancy, with the other name not disclosed in the documents. According to the complaint against the board, trustees were “dissatisfied” with Zielenziger’s name. According to the complaint filed by the board, “not a single member of the library board” thought Zielenziger was a viable candidate to be appointed, including Smith.

The complaint filed by the board said Zielenziger’s reputation and “certain remarks against the Iranian Jewish population in the Great Neck community” factored into the board’s decision to not move forward with his appointment. The board’s complaint said DiCamillo and Wohlgemuth “should have known” Zielenziger was not an acceptable candidate to be submitted to the board.

DiCamillo, in an email to Blank Slate Media, backed the choices of potential candidates that were submitted to the board.

“The candidates put forth by the Nominating Committee for consideration of the Board of Trustees, for the replacement of seat vacated by Chelsea Sassouni, were selected based on their knowledge of the library; were open-minded; were experienced in fiscal matters; were perceptive concerning community needs; and were dedicated to maintaining a professional and congenial atmosphere that members of the public expect,” DiCamillo said.

According to the complaint, the library board received 15 applications from the public and conducted 14 first-round interviews between Dec. 13-16 and two second-round interviews on Dec. 20. At a virtual meeting on Dec. 21, the board appointed Jenni Lurman to the board to fill the vacant seat.

Smith attempted to make a motion to table Lurman’s appointment, but no other board member seconded it.

The decision to push forward with the appointment met with strong opposition from community members during the Dec 21 meeting. After pleas from residents to postpone the appointment until a future meeting, the board approved the appointment, 5-1, with Smith being the only member in opposition.

Lurman has since resigned from the trustee position.

The complaint filed by the board claims Smith engaged “in a series of actions over the past several months” in violation of the library’s bylaws and board policies. The complaint calls for Smith to be removed as a trustee, for DiCamillo and Wohlgemuth to be removed as Nominating Committee members and to determine that the board acted properly in its efforts to fill the vacancy.

The defendants declined to comment due to the pending litigation.