A Great Neck man was sentenced in federal court in Rhode Island as part of a larger investigation into identity theft, the U.S. Attorney’s Office announced on Wednesday.

Jason McDonald, 37, will serve 39 months in federal prison, four years of supervised release and pay $29,825 in restitution, according to the U.S. Attorney’s office.

McDonald confessed to using a stolen identity, Social Security number and Rhode Island address to open an account at a credit union, prosecutors said, before attempting to fraudulently obtain a loan from the credit union.

He also admitted trying to help someone else create a fake profile to obtain a vehicle worth nearly $30,000, prosecutors said.

Wucklund had pleaded guilty in April to counts of wire fraud, aggravated identity theft, conspiracy and fraudulent use of a Social Security number.

Prosecutors also noted an unrelated investigation of Reynaldo Martinez, 25, who was involved in using stolen identities to open lines of credit and purchase tens of thousands of dollars worth of goods.

Martinez pleaded guilty in November 2017 to numerous counts of identity theft and fraud. He was sentenced in January to four years in federal prison. 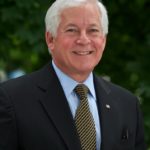 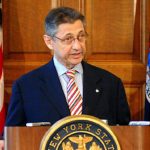