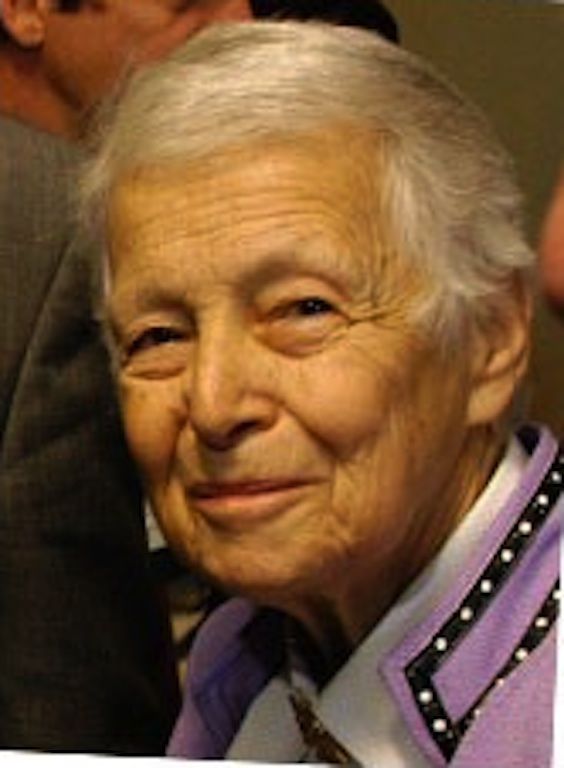 Great Neck resident Lilo Leeds, who was known for her philanthropic work and co-founding CMP media, died on Sept. 5. She was 88.
Leeds and her husband, Gerard Leeds, who died in November 2014, founded Manhasset-based CMP Media in 1971, eventually handing the day-to-day operations of the company to their sons, Michael and Daniel.
Lilo Leeds, a 1948 graduate of Queens College, fled Nazi Germany in 1933 with her family to France, and then to the United States, according to Newsday.
After serving in the Army during World War II and working on radar installations and helping with beach patrol in California, Gerard Leeds moved to New York. In 1950, he met Lilo and the two were married in 1951.
Regina Gil, founder and executive director of the Gold Coast Arts Center, said the couple had a very close relationship and had an affinity for helping others.
“Very rarely did you meet couples who were in sync together and had such great respect for one another,” Gil said. “Her focus, their giving profile, really revolved around supporting the needs, both physical and educational and social, of the black community and minority communities in our region and beyond.”
“That was the most pressing thing for her,” she added.
Gil said she first met Lilo in 1996, shortly after the Gold Coast Arts Center, then-known as the Great Neck Arts Center, first opened.
Although Leeds may have been “skeptical” of what the arts center was trying to achieve, she decided to support the arts center and fund its first outreach program that sent teachers to the High Street Community Center, she said.
“Once I pointed out that we weren’t going to be some sort of little elite art school and believed very strongly that kids who had difficulty in learning other ways but could learn by giving them support through self expression, she bought into that,” Gil said.
But Leeds’ involvement, she said, went well beyond just handing over a check and moving on to the next organization.
Gil said she wanted to receive reports ensuring that the children were learning and progressing, as well as meet the kids the arts center was working with herself.
She also said that the Leeds would prefer to stay behind the scenes and refused to allow the arts center to honor them at any of their galas.
“The highest form of philanthropy is the way they functioned,” Gil said. “They weren’t in it for the hoopla, for their name out there, they didn’t name anything after themselves. They were interested in doing it and doing it right.”
In 1990, the Leeds’ founded the Institute for Student Achievement.
“It was out of a deep commitment to fairness and a belief that all children should attend excellent schools that she and her late husband Gerry co-founded ISA in 1990,” ISA President Gerry House said in a letter on the institute’s website. “ISA began its work as an after-school program at Roosevelt High School in Roosevelt, Long Island, a poor community with chronically low-performing schools surrounded by affluent communities with high-performing schools.”
House said Leeds has been a force in improving public education for many years.
“Lilo was a remarkable woman whose deep love, enthusiasm and drive affected all around her,” he said. “Her courage and devotion to challenging injustice and creating opportunities for justice to prevail will continue to inspire our work for years to come.”
Leeds co-founded the Schott Foundation for Public Education, which aims to strengthen pre-Kindergarten through 12th grade education, in 1991 with her son, Greg Jobin-Leeds, The foundation was named after her parents, Caroline and Sigmund Schott.
In 1999, the Leeds’ founded the Alliance of Excellent Education, which aims to better prepare high school students, mainly those who are underserved, for college or employment.
Lilo Leeds was also a former member of the Northwell Health, formerly known as North Shore-LIJ, Board of Trustees.
A funeral service was held on Sept. 9 at Temple Beth-El in Great Neck.
Leeds is survived by her five children; Michael, Richard, Daniel, Gregory and Jennifer, and 13 grandchildren.