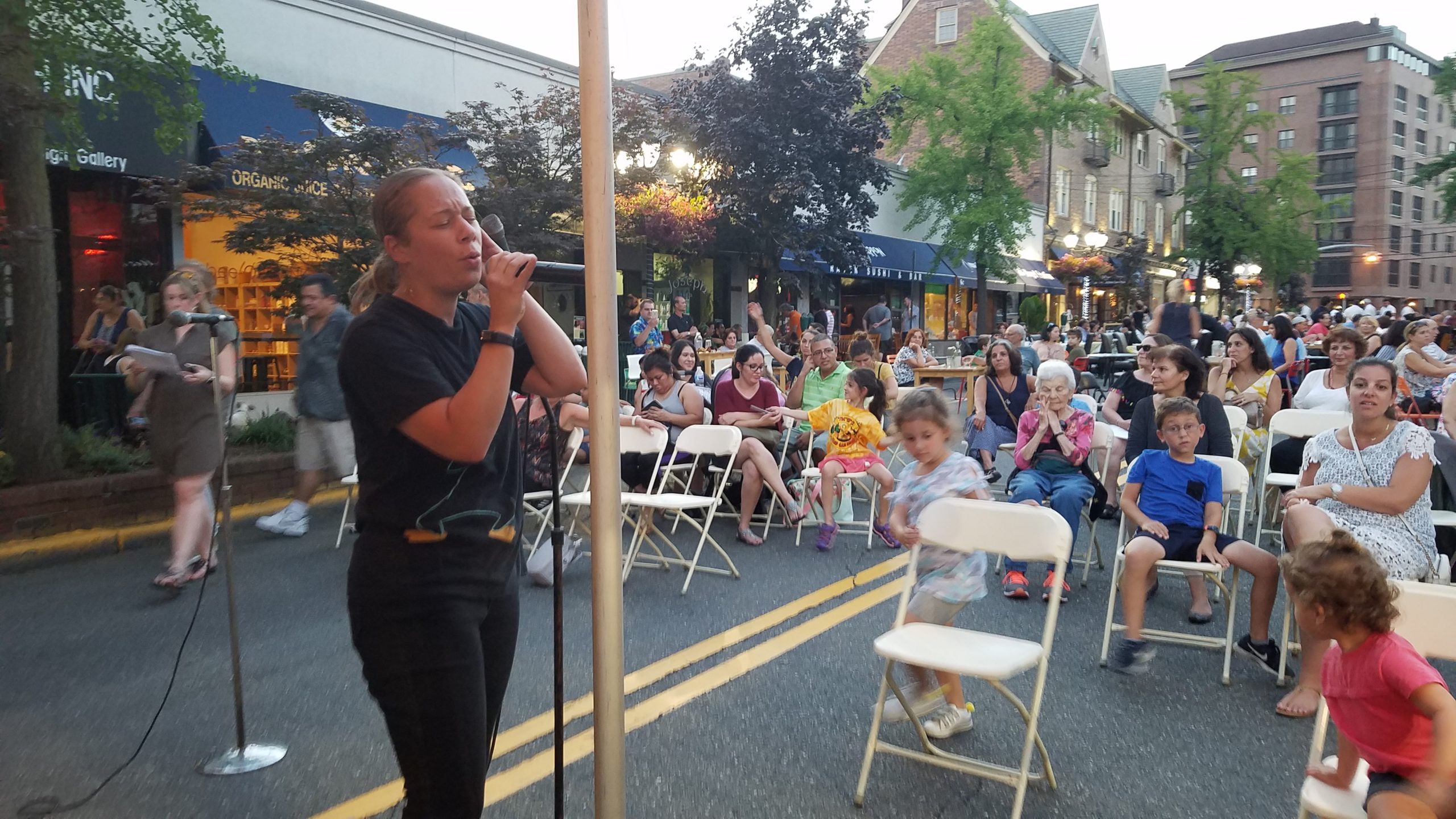 About 300 people dined under the stars on a warm August night on Bond Street as karaoke singers vied for prizes and provided entertainment.

Bond Street was open only to pedestrians between Station Plaza and Grace Avenue for the annual Great Neck Plaza Promenade Night. Hosted by the Great Neck Plaza Business Improvement District (BID), all restaurants in the street welcomed diners out on Bond Street.

“I do these promenades to benefit the restaurants, bring people outdoors in the summer,” Ron Edelson, executive director of Great Neck Plaza Business Improvement District, said in an interview. “The ones who don’t get to go away on vacation, they can enjoy a night out.”

Dozens of tables from two seaters to 10 seaters lined the street from curb to curb. Down the road, the stage was set under a tent where the DJ cued the tunes and singers signed up for the contest. As the evening went along, four rows of chairs slowly became an audience where diners came to witness the singers’ efforts up close.

“We could bring our kids to a $400 Broadway show and they wouldn’t enjoy it as much as this,” said Great Neck resident Talia Zabihi. She also said she came with her friend and two young children to Bond Street for the food, karaoke and the fun.

Great Neck Plaza Mayor Jean Celender opted for sushi at Ippon Asian Cuisine with her husband Jeffrey because last year they had dined at La Rotonda.

“It’s like a community block party,” Celender said as she nurtured a chardonnay on the center table on Bond Street. “It’s a place to come, dine out, an environment for people to enjoy the summertime.”

Ippon is under new ownership and will soon be changing its name to Yahao Asian Cuisine. Owner Danny Chen said Promenade Night was the perfect occasion to debut his new restaurant.

“It’s good to promote,” said Chen. “We hope they do more of this, it’s good for business.”

A red-haired woman in a purple outfit sang Des’ree’s “Fire,” but her freewheeling dancing prompted applause. After her performance, she went by the table behind the DJ, picked up her glass of white wine and took another sip.

An applause meter determined the winners. Around 9:30 p.m. points were calculated, and Sara Elyassian found out she won third place, taking home a $75 gift certificate to spend at a Great Neck Plaza business of her choosing.

When asked what she would do with the money, her friend answered on her behalf saying she would share it.

Elyassian, who sang Adele’s “Someone Like You,” said she was glad she could perform – even if it was a little tough.

“I had a voice that was strained, so it was a big push for me,” Elyassian said. “I feel honored and thankful for the opportunity.”

Second place finisher Emilie Britton of Great Neck Plaza said she heard she had won the contest last year, but because she left early she didn’t get the prize. Britton tried again this year thinking she was going to sing a song by her favorite singer Celine Dion, but at the last minute opted for Mariah Carey’s “Hero.”

By the end of the night when the winners were announced, she took the $150 gift certificate, said thank you and went home.

Randall Ambrose sang “Unchained Melody” by the Righteous Brothers when it was still daylight and took home the grand prize of a $300 gift certificate.

“I can’t wait to spend the prize,” said Ambrose, a realtor at Exit Realty at 10 Bond St., which sits on the same block he won the contest. “I just like shopping, I could use a new wardrobe.”

He added that those who want to congratulate him on his win can pay him a visit at his place of business.

Ambrose also has a band called Hello Cruel World and is releasing a single on Sept. 18.

After the night was settled in and the moist soil smell mixed with baked clams in the air, children came out to sing. They sang songs like the Little Mermaid’s “Under the Sea” and Annie’s “It’s a Hard Knock Life.”

Groups of teens and couples came out to enjoy the summer streets and diners lingered even after the 10:30 p.m. end time.

There will be two other outdoor events in Great Neck Plaza. Next Wednesday, Aug. 15 there is the Ballroom Dancing Promenade on Middle Neck Rd. between Grace Avenue. and Maple Drive. The next round of karaoke will be held on Oct. 21 during the AutoFest and Street Festival. 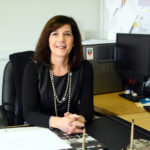 Hecht to head Floral Park Memorial as principal
Next Article 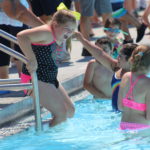