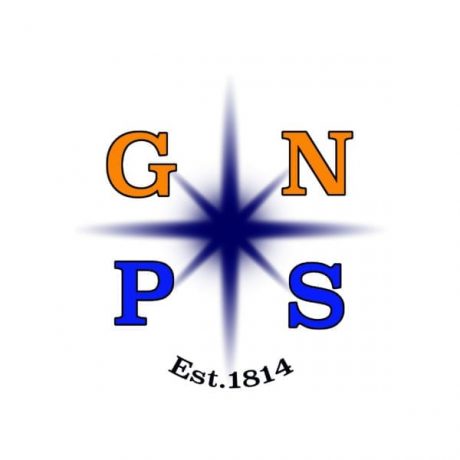 Great Neck School District’s superintendent, Teresa Prendergast, said heightened security measures have been enforced throughout the district after a myriad of attacks against the Asian-American and Jewish populations.

During last week’s Board of Education meeting, Prendergast said that all schools throughout the district remain locked from the exterior and that the district does not permit any visitors to enter the building

Prendergast also said the district’s security office is operating 24 hours a day, seven days a week, including holidays, and that each school has assigned security guards. The Nassau County Police Department, she said, has also increased the presence of patrol cars throughout the district, and officers from the department’s Problem Oriented Police sector work closely with district officials to ensure the safety of students, staff and teachers at all times.

‘I think we all realize that there have been recent news stories about violence and discrimination against many people, and that certainly has heightened concerns within our community,” Prendergast said.

In September, a letter circulated throughout the school district citing anti-Asian incidents that allegedly occurred on school grounds. The letter said younger Asian students were asked if they eat bats and were called “COVID-19 spreaders” by other students.  The letter said the racial slurs and hateful comments have been directed primarily at “young, defenseless children ranging from elementary to high school age.”

Prendergast assured parents that the incidents outlined in the letter did not occur on school grounds and pointed out that the two middle schools and two high schools in the district are recognized as “No Place for Hate” schools.

“The district remains unwavering in our commitment to provide a safe and welcoming environment for our students and staff,” Prendergast said last week. “Clearly there’s no place for any form of hatred or violence within our schools.”

On the elementary and middle school levels, Prendergast said, student programs centered on social and emotional learning have also been implemented to ensure that classrooms are safe and enjoyable for all students. Assistant Superintendent of Curriculum and Instruction Stephen Lando confirmed the district is instructing students on various present-day and historical conflicts in an unbiased manner.

“The materials that we provide teachers enable them to present the sensitive and very complex history of the Middle East conflict in an unbiased manner,” Lando said.

Protests and demonstrations, including one held in Times Square, came after members of the Palestinian Islamic organization Hamas stationed in Gaza fired rockets towards Jerusalem following clashes between Palestinian protesters and Israeli police in mid-May.

The Times Square demonstration led to 29-year-old Joseph Borgen, a Jewish resident of Lawrence, being attacked by a group of people in the nearby Diamond District. Borgen told the Daily News that the attackers punched, kicked, pepper-sprayed and struck him with crutches and signs while shouting anti-Semitic slurs.

Demonstrations were also held throughout the Great Neck peninsula over the past few months combatting Asian-American hatred and supporting Israel amid the ongoing conflict in the Middle East. 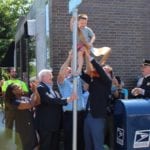 On the street where Falconer Florist lives
Next Article 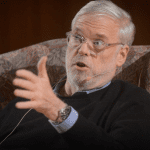