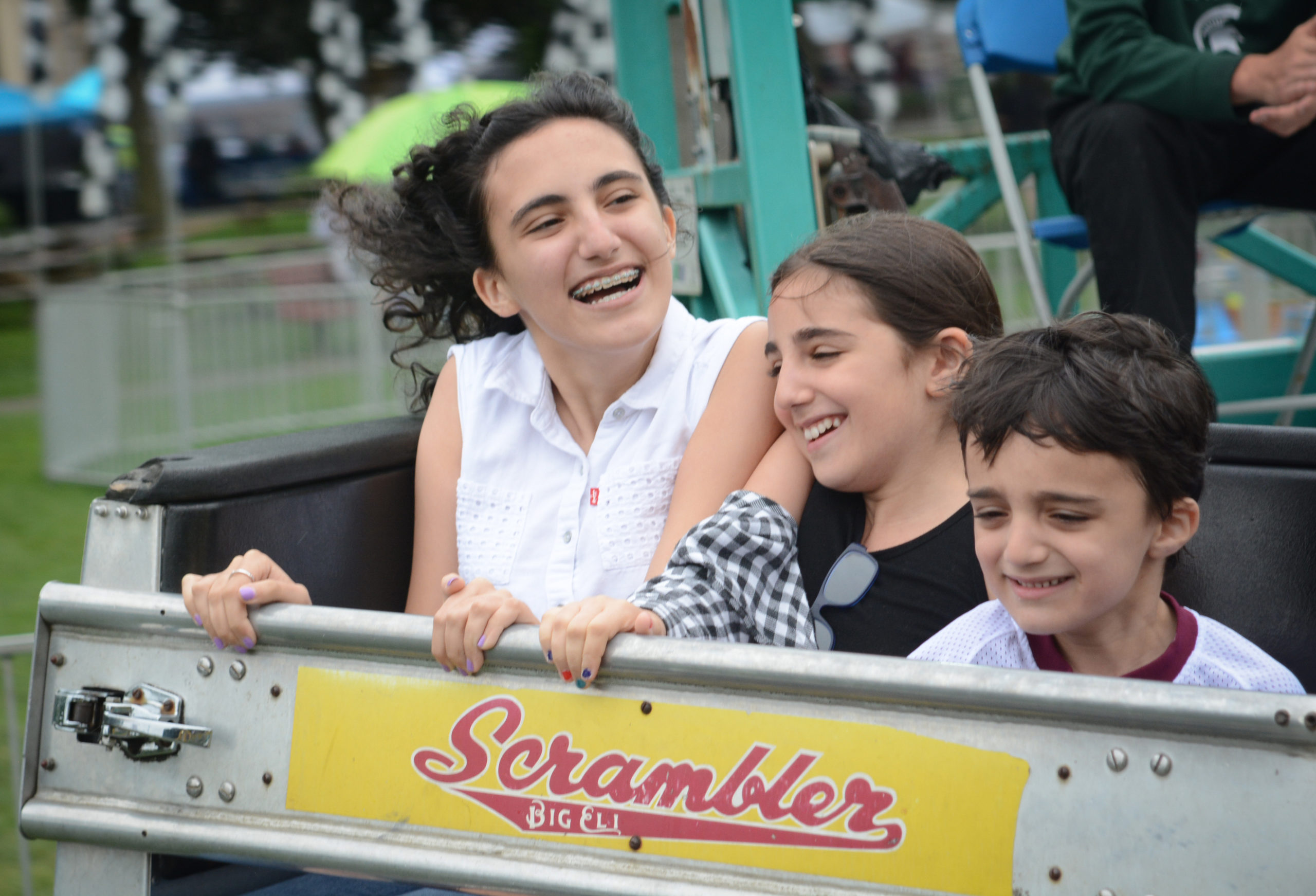 Dana, Sabrina and Kevin Levian, the grandchildren of Norman Namdar, enjoy a ride on the Scrambler at Village Green. (Photo by Janelle Clausen)

The Village of Great Neck and the Great Neck Park District teamed up to move the fair onto the Village Green, where families unfolded lawn chairs to enjoy the tunes while children lined up to hop on carnival rides. There were an estimated 300 in attendance.

A Surf-rock band, the TarantinosNYC, jammed on stage at 7 p.m., followed by Blondie tribute band SundayGirl at 8 p.m. Couples lounged on the lawn to enjoy the music before hopping on stage for some karaoke at 9 p.m., courtesy of Arlene’s World Famous Rock and Roll Karaoke.

There were also three carnival rides this year, one of which was the Scrambler, which had residents of all ages spinning around rapidly. There were also go-karts and a small carousel for the youngsters.

Park District Commissioners Tina Stellato and Frank Cilluffo said they attended to make sure everybody was having a good time.

“There’s a buzz in the air,” Stellato said. “Everybody looks excited to be here.” Cilluffo added, “It’s a great evening. The weather’s perfect.”

This year also marked the premiere of Great Neck’s new stage. A longtime resident who gave her name as Carolyn recalled how bands performed on the Village Green’s bandstand before the new stage premiered. “It’s great that they’re doing this,” she said.

Though Saturday’s events wrapped up by 11 p.m., the event continued into Sunday with Great Neck’s annual Crafts Fair, which lasted from about 10 a.m. to 5 p.m.

While there was some light rain, hundreds attended to browse offerings from vendors, check out kosher food stands, and once more listen to live music and enjoy carnival rides.

Among the performers were the Parade Band, Adam the Real Man, TarantinosNYC and SundayGirl, and Straight to Hell, a Clash tribute band.

There will be more music and performances during this year’s annual summer concert series at Steppingstone Waterside Theatre, slated to go on from July into early September. It will feature acts such as Blues Traveler, Taylor Dayne, Sister Sparrow & the Dirty Birds, Sepideh, the Meade Brothers and more. 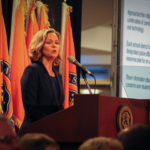 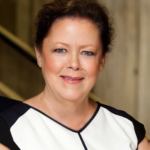 Nancy Curtin to retire after 44 years at the library