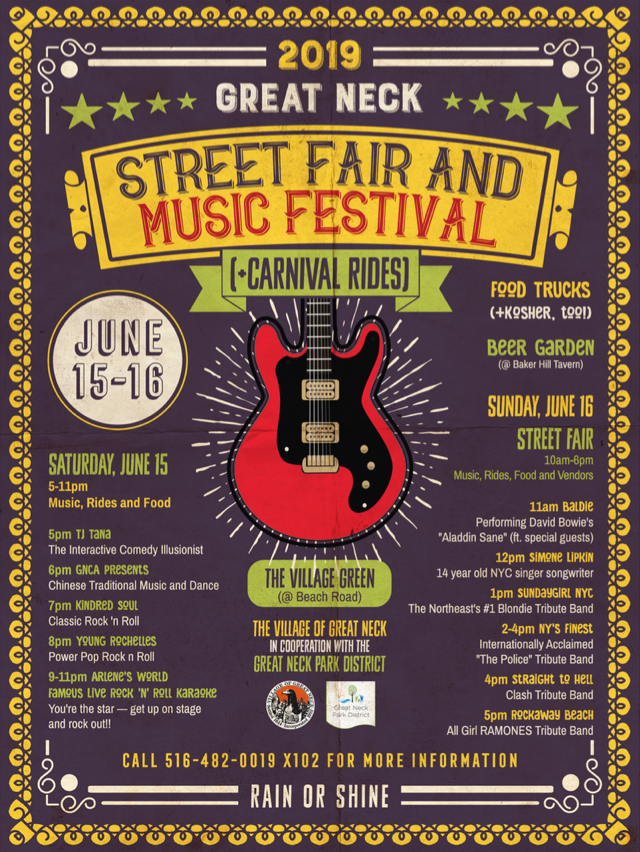 The Great Neck Street Fair and Music Festival will return to Middle Neck Road on June 15 and 16, offering music, rides and an assortment of food for some Father’s Day fun.

The festivities on Saturday, June 15, will go from 5 p.m. to 11 p.m. and feature returning acts like the local Kindred Soul, which features Great Neck Park District Commissioner Frank Cilluffo, at 7 p.m. and Arlene’s World Famous Live Rock ‘N’ Roll Karaoke at 9 p.m., giving people the chance to sing on stage to live music.

It will feature some new acts like interactive comedy illusionist TJ Tana at 5 p.m., a showcase of traditional music and dance from the Great Neck Chinese Association at 6 p.m. and a performance from the Young Rochelles, a power pop rock n roll band, at 8 p.m.

On Sunday, June 16, from 10 a.m. to 6 p.m. there will be rides, food, vendors and live performers, some of whom are returning from last year’s street fair.

Among the performers are the tribute band Baldie, which will perform David Bowie’s “Aladdin Sane” around 11 a.m., 14-year-old singer and songwriter Simone Lipkin at noon, New York’s Finest, a Police tribute band performing from 2 to 4 p.m., and Rockaway Beach, an all girl Ramones tribute band slated to play at 5 p.m.

Returning are SundayGirl NYC, an acclaimed Blondie tribute band, at 1 p.m., and Straight to Hell, a Clash tribute band performing at 4 p.m.

“We need to all get together,” Sobel said. “One village, one community.” 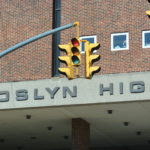