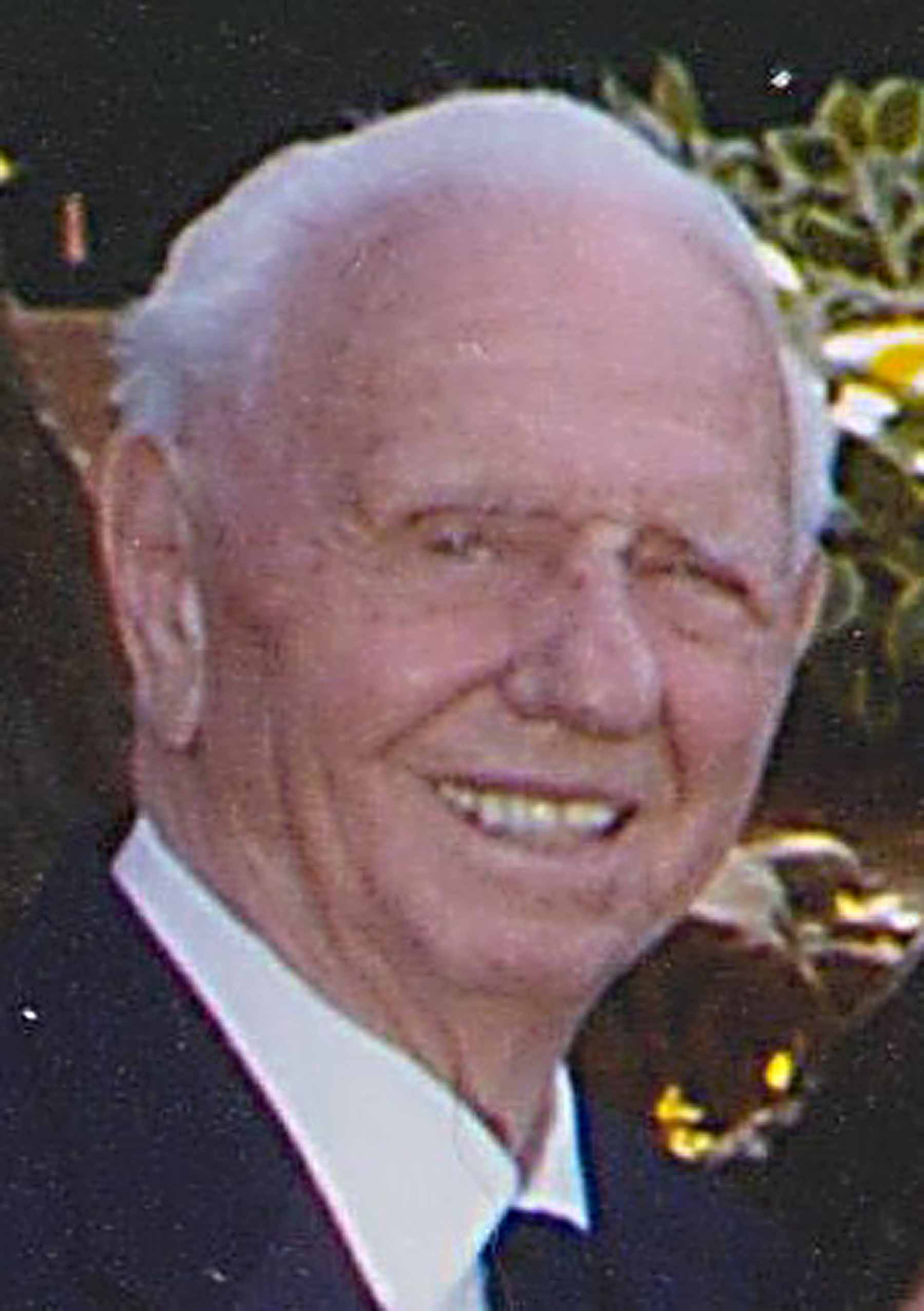 Wells was born in Winchester, Massachusetts, and graduated from the Massachusetts Maritime Academy in 1940. He moved to Great Neck a couple months later.

As a merchant mariner during World War II, Wells sailed on oil tankers in the Pacific and North Atlantic.

On one run, the ship ahead and the ship behind were sunk by enemy submarines, his daughter Barbara Wells said.

Stories Wells had written about the war were published in “Merchant Mariners at War: An Oral History of WWII,’’ a book of collected stories, Barbara Wells said.

Continuing his work with the merchant marine, Wells began teaching at the United States Merchant Marine Academy in Great Neck in 1954 and retired in 1980 as an associate professor of engineering with the rank of commander.

As a young man, Wells visited the academy’s hospital, where he met Irene Lawson, a nurse from Great Neck, and in 1947 they married.

“He was quote unquote sick,” Barbara Wells said. “He went to the hospital where my mom was working as a registered nurse, and he fell madly in love with her and they got married.’’

After their marriage, Wells and Lawson moved into a home on Morris Lane, where they lived their entire married life.

After they purchased the house, Lawson told Wells that she’d move in after he fixed it up, so he began transforming the house, expanding it from  1,500 square feet to 2,300, Barbara Wells said.

“The house they purchased was built at the turn of the century without indoor plumbing,” Barbara Wells said. “Using his considerable craftsman skills, working nights, weekends and vacations, he gradually transformed the small dwelling into a spacious, comfortable home.”

Barbara Wells said Wells’ handiness was passed on to her and her sisters, who helped him fix up their house, sanding wood paneling and laying wood flooring.

“He taught us things not a lot of girls know how to do,” Barbara Wells said.

During a gas shortage in the ’70s, Wells purchased a moped to drive from his house to the academy, Barbara Wells said.

“When that moped was parked in the academy’s parking lot, everyone knew dad was there,” she said.

“He would go there often and take classes,” Barbara Wells said. “He really liked it, and he had his paintings covering every wall in his house. He’d say ‘All the paintings in the studio are for sale,’ but he really couldn’t part with them.”

After the war, Wells purchased a “generic Ford” car,” Barbara Wells said, but then he developed a flair for nicer cars.

“He was a Depression baby, so he didn’t have much growing up,” she said. “But after the war, he began getting fancy cars. He wanted the nice ones. He had a Buick convertible, a Caddy convertible and a Camaro.”

Piling the family into his Buick, Wells would drive his family from Great Neck to Jones Beach, Barbara Wells said.

“He’d pack the car and we’d drive with the top down,” she said. “My mother didn’t love it, but we were having fun.”

A memorial service will be held at All Saint’s Church, Great Neck, in the spring or summer.