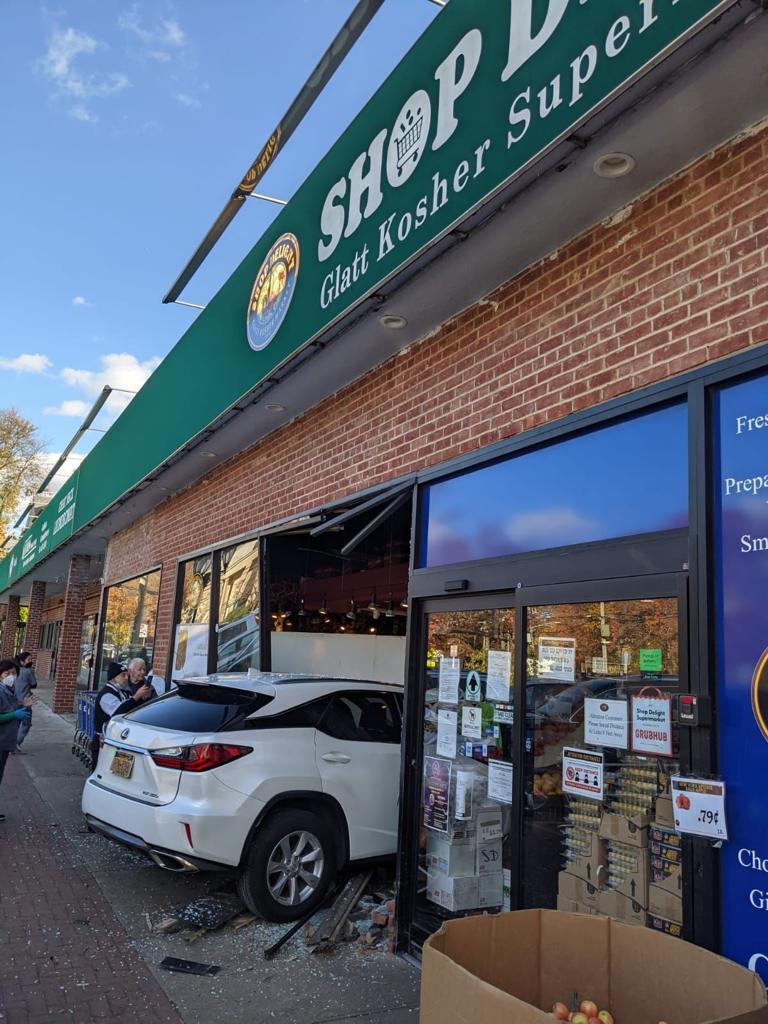 Several people were injured after a car crashed into a grocery store in Great Neck on Tuesday afternoon, according to the Nassau County Police Department.

Officials said they received the call before 2 p.m. on Tuesday and arrived at the site of Kosher Shop Delight at 4 Welwyn Road. Officials said a white Lexus crashed into the storefront of the building, with the driver and passenger of the vehicle sustaining injuries.

Police did not disclose the severity of the injuries, but officials said the driver and passenger were transported to a local hospital for further treatment. Officials from the Police Department and the Manhasset-Lakeville Fire Department arrived at the scene, but efforts to reach a representative from the Fire Department for further comment were unavailing.

A post from Shop Delight’s Facebook thanked its customers for their support and reported no further injuries as a result of the crash.

“Thank you all for your concerns regarding today’s accident, luckily nobody got hurt and we are back in business,” the post said. “We continue giving you the service we promised after a couple hours. Hope to see you soon.”

In September, a car that crashed into the storefront of a Middle Neck Road salon resulted in seven people being hospitalized, according to Great Neck Vigilant Fire Department Chief Justin Sachmechi.

A pair of vehicles were reportedly involved in the accident, with one being driven by an elderly woman who came in contact with another, causing it to crash into the storefront of DeFranco Spagnolo on 156 Middle Neck Road in Great Neck Estates, he said.

No deaths occurred during the incident, Sachmechi said.

Efforts to reach law enforcement officials for an update on that incident were unavailing.