Peter Fishkind, a Great Neck Plaza resident and candidate for the North Hempstead Town Board,  said finding ways to support downtown business districts and enhancing the transparency of town services are among his biggest goals if he is elected in November.

As a Plaza resident, he said, finding ways to support local merchants during the coronavirus pandemic is a main priority of his. While the town does not have specific zoning oversight on what businesses can be included in village-operated areas, Fishkind said he would be as supportive and involved as possible to promote current stores and attract future ones to the town, if elected.

“With the world as it’s evolved and the difficult environment for retail, my view is that people will want to be consuming things you can’t get as easily sitting on your couch,” Fishkind said in an interview with Blank Slate Media. “That’s something I’m going to be very invested in promoting as a council member.”

In terms of transit-oriented development and mixed-use development, Fishkind reiterated the town’s lack of jurisdiction over what can be constructed, but said he is a proponent of the right kind of development. Sufficient parking accommodations and traffic studies, he said, need to be taken into account for any development in the town to be beneficial.

“In the areas where the town has the authority and where there’s the right opportunity, I’m absolutely in favor of making it easier for the investment to be made,” Fishkind said.

One of the hot-button issues in the Town of North Hempstead is its Building Department and the concerns residents have presented to officials. Fishkind said some of the best things that can be done to rectify the complaints from residents and developers include providing more information on how to navigate the process and looking at alternative means to address issues.

“Something that I would be very supportive of is … putting out one-pagers on best practices of things that, whether it’s a resident or a commercial tenant, can best navigate the Building Department process,” Fishkind said.

Fishkind said providing residents with information about the town’s landscape, having town employees available to walk people through the steps of permit applications and the entire process they want to undertake, and supporting those town employees is also something that he would like to see implemented.

Among growing concerns surrounding the delta variant and the potential for another wave of the coronavirus, Fishkind said he supports businesses that choose to have vaccination mandates.

“It’s a wonderful thing and I think those businesses should be supported by patrons,” Fishkind said. “I would feel better knowing the person at the table next to me is vaccinated.”

Fishkind graduated from George Washington University in 2013, majoring in history with a political science minor. He then attended the University of Pennsylvania Law School. There, Fishkind served as president for the law council of student representatives and class officer for his graduating class of 2017, among other roles.

Fishkind also spent time as an intern for the American Federation of Teachers in Washington, D.C. He practiced commercial litigation at Proskauer Rose LLP in New York City before resigning in April.

Fishkind is running against Republican candidate David Adhami to replace longtime Councilwoman Lee Seeman, who endorsed Fishkind to replace her. When asked why people should vote for him, Fishkind said he would bring accessibility and transparency to the position. 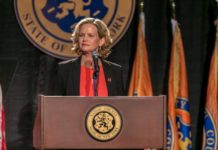 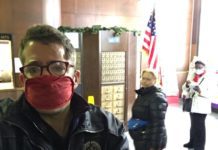 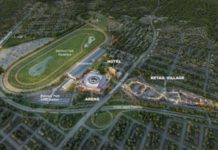