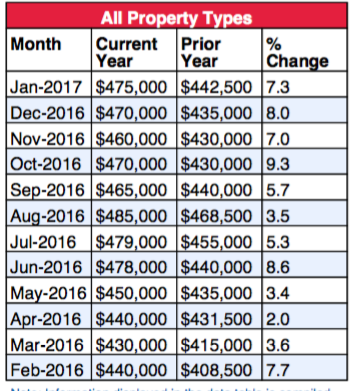 While some real estate agents believed Nassau’s steady market would drop off after the presidential election, the county has seen three healthy months in November, December and January, with increases of 7 percent, 8 percent and 7 percent from the previous year.

After only seeing a slight increase in December, the number of sold properties in the county grew about 5 percent, increasing from 882 last year to 925.

The sales of residential single/multifamily properties rose slightly, while condos and co-ops saw larger increases, jumping from 49 to 62 and 58 to 71, respectively.

Although there was a price increase for pending sales, the number of properties pending sale fell 2.7 percent in January, from 776 to 755 — the second month in a row there has been a decrease.