When welcoming hundreds of parents, faculty and others to the commencement ceremony for Great Neck North High School’s graduating class, Matthew Han, the senior class president described their high school life as a rap.

A steady beat in freshman year sets tone for the song. The intense junior year makes up the core of the piece. Then comes complicated lyrics and a beat, “where all the hard work is summed up,” – before the song must end.

“This class has made beautiful music as a group,” Han said. “Now it is time to create new songs on your own. “

Nearly 300 began to make these “songs” after the ceremony at the Tilles Center at LIU Post, with 276 students and four retiring staff members officially graduating from Great Neck North High School.

Joseph Rutkowski led the Great Neck North Symphony Orchestra, dotted with blue graduation caps and students who had played together since early middle school. Their collection of violins, trombones and other instruments would fill the chamber with music from “Phantom of the Opera” and composers Dmitri Shotakovich and Gustav Holst.

Students would also honor four retiring staff members, including staff psychologist Michelle Boone, and teachers Gary Cohen, Merryl Mandler, and Susanne Marcus, who helped a transfer student and others acclimate to Great Neck, even when English was their second language.

Daniel Holtzman, the principal of Great Neck North High School, advised students to appreciate their families, never feel entitled to anything in life, say thank you, learn to forgive, and stay humble – which he described as “probably one of the greatest traits someone can possess.”

“Being humble accompanied with kindness … makes you ready to leave your indelible mark on the world. Need any proof?” Holtzman said. “Just reflect on your collective impact on the school and community over the last four years.”

Jennifer Nastri, the advisor for the class of 2018 and herself a Great Neck North alum, ultimately told the students that now “is the time to write your own stories.”

“Don’t let the difficulties in life stop you, from challenging yourself to stay on course, whatever that course is, or you,” Nastri said. “On the other hand, be comfortable in knowing that you are equipped to alter your course – that’s why the make erasable pens, right?”

“Life is a journey to be experienced,” Nastri also said, “not a problem to be solved.” 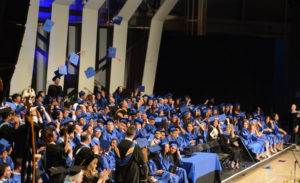 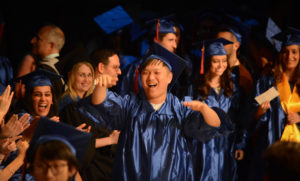 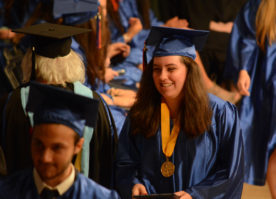 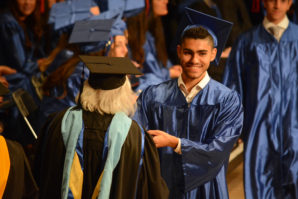 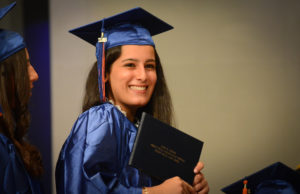 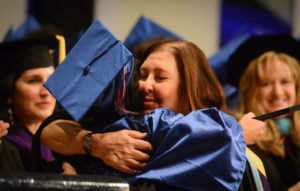 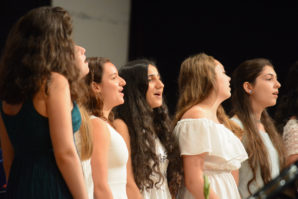 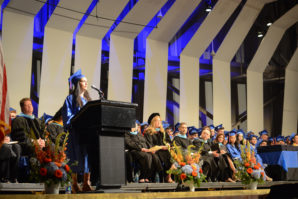 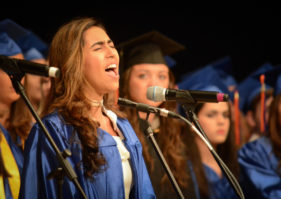 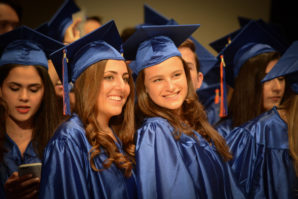 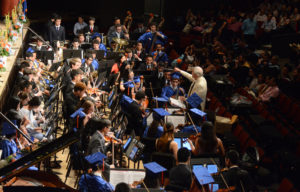