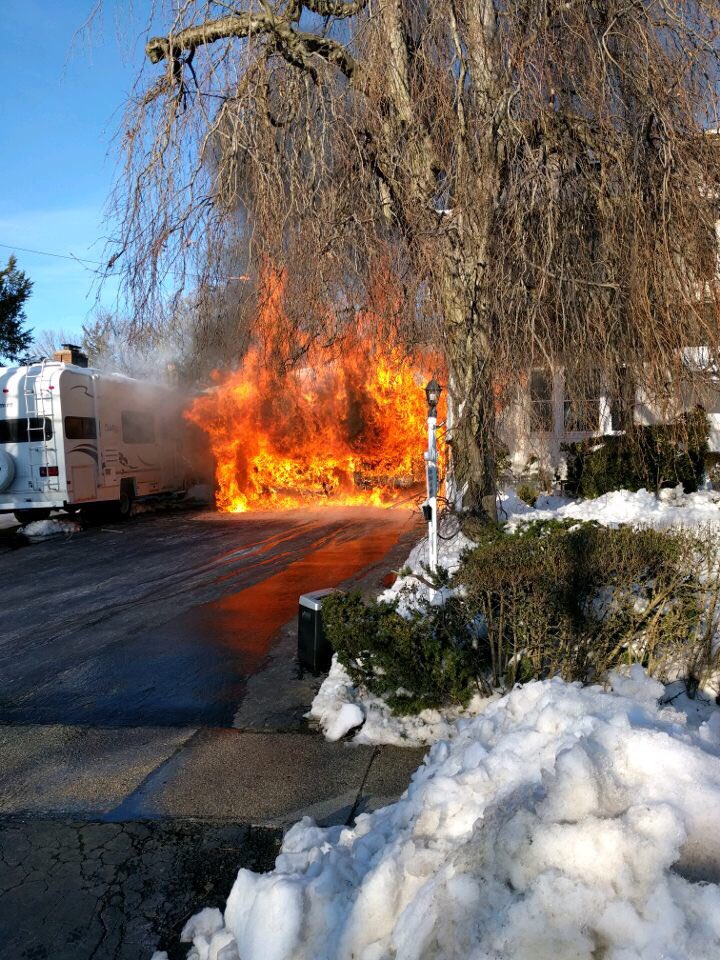 A Nassau County police officer spotted heavy black smoke while patrolling near Great Neck Estates and located the fire in a residential garage, which spread to the home, on Bayview Avenue at 5:43 p.m., police said.

The officer and Great Neck Estates Police Officer Sean Murtagh located a man, 85, a woman, 84, and their home care aide, 48, and rescued them from the home, Murtagh said.

The Nassau County police officer was transported to the hospital after suffering from smoke inhalation, police said.

The three people rescued were treated at the scene, police said.

Murtagh said he and the Nassau County officer entered the front of the home, helped carry the occupants to the back yard and then called for help to get them out of the yard.

“The snow didn’t make it any easier,” Murtagh said.

The garage is completely damaged but the house is still standing, Murtagh said.

The Nassau County Fire Marshall and the Arson Bomb Squad are investigating the cause of the fire but it has been deemed not suspicious at the time, police said.