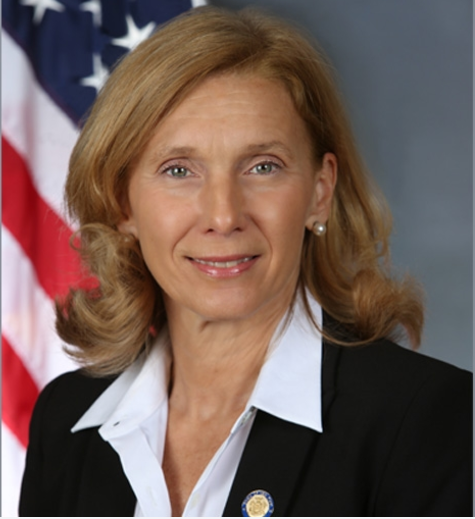 State Sen. Elaine Phillips, a Republican who represents the 7th District, said her first 100 days in the Senate have been exciting, but there have been adjustments.

“I am mature enough to say that there is a learning curve to the job, but I am extremely impressed with my colleagues in the Senate and Assembly because we’ve accomplished quite a bit,” Phillips said in an interview. “But I also know there’s a lot more to accomplish.”

Phillips, a three-term mayor of the Village of Flower Hill, said she is continuing to fight for issues she outlined while campaigning, including help for seniors, making living on Long Island affordable and protecting the environment.

While continuing to work on certain campaign initiatives, Phillips said she is proud of many legislative accomplishments, including having more state aid for Long Island in the budget, especially for schools.

“We delivered over $210 million in school aid to the district, which is a 9 percent increase of $17 million, which is twice the rate of the rest of the state,” she said. “There was also $67.9 million in funding for NICE buses, which helped save some of the routes, including the loop in Great Neck.”

Phillips said she is proud that the budget called for more tax dollars that were sent to Albany to return to the district.

During her campaign, Phillips was walking in Williston Park around 5:30 p.m. one afternoon, when she ran into a mother pushing her daughter in a stroller who said she and her husband work two jobs to afford to live on Long Island and afford day care.

“Day care is close to $2,000 a month after taxes,” Phillips said. “So I am proud to say we expanded tax credits to make child care more affordable.”

She said improving day care and making it affordable remained a high priority, and that reforms are being made to improve day care quality, including ways to make it easier for parents to choose the best day care for their children.

With more than 460 opioid-related deaths on Long Island in 2016 and 853 heroin-related arrests in Nassau County in 2015, the region continues to confront a heroin epidemic.

Phillips said the budget calls for $214 million in spending for drug prevention, treatment, recovery and educational services, a $40 million increase.

“Long Island will definitely get a good share of that,” Phillips said.

Phillips also said although the state budget, which took an extra nine days to pass, included a free college tuition plan — an initiative Gov. Andrew Cuomo pushed for — she wishes the state had used the funding to continue the previous tuition assistance program.

“College tuition has gotten outrageously expensive, and as a parent who is paying for two daughters in college, I am acutely aware of that,” she said. “But I would have preferred it if we took the money and added it to the tuition assistance program that exists because it’s cleaner and simpler.”

The program passed in the budget has drawn criticism from both Republicans and Democrats, as it offers free public college tuition to students for families earning less than $100,000 — a number that will increase to $125,000 by 2019.

However, the program, which will take three years to phase in, requires students to be enrolled full-time and calls for students to live and work in the state for the number of years for which they received free education.

Phillips said the income levels in the plan don’t reflect all areas in New York, especially Long Island, where the median income is higher than in some areas upstate.

“But by raising it over the next three years is a good step forward,” she said.

Phillips said she also approached Cuomo’s raise the age plan, which allows older teens charged with certain nonviolent crimes to go before Family Courts and not criminal courts, as a parent.

“My youngest is about to turn 20, so as a parent you have to feel to support the concept of raise the age,” she said. “But I think we have to be acutely aware of the victim and make sure in some of these heinous serious crimes.”

The budget allocated $135 million toward the program.

“Teenagers sometimes make stupid mistakes and it’s good that they won’t be as penalized to a certain extent,” she said. “It also provides the district attorney a window to argue that a lower-class felony should stay in youth court, which is good.”

Phillips is the chair of the Senate Ethics Committee, which reviews ethic violation cases but doesn’t pass legislation.

Phillips added that her time as a mayor of Flower Hill, in which she overhauled the village’s ethics code, makes her a good fit for the committee, especially focusing on government transparency.

She noted that the Press Club of Long Island giving Flower Hill an A grade in a recent open records audit that evaluated municipalities’ and agencies’ responsiveness to Freedom of Information Law requests.

“The only reason Long Island and Nassau County received an overall C rating in the audit was because of villages like Flower Hill,” Phillips said.

She also chairs the Infrastructure and Capital Investment Committee and is part of the Heroin Task Force, the Environmental Conservation Committee and others.

Phillips said she was happy the Senate and Assembly passed legislation requiring term limits on leadership positions and committee chairs, as well as requirements that made sure legislators earning more than $5,000 of outside money got clearance to avoid conflicts of interest.

As Phillips continues to adjust to the job, she said she’s proud of the programs her staff has been setting up on Long Island, including senior scam prevention events, prostate screenings, “shed the meds” programs, legal services programs, a basketball skills camp, student leadership seminars and more.

“It’s a tribute to my staff and how they are excellent and hardworking,” she said.