A restaurant owner on Middle Neck Road seeking to provide customers with more seating got his wish Monday after Village of Great Neck Estates trustees approved his application to expand into the storefront next door.

Andrew Luskin, the attorney for Grill Time Express owner Eran Yousfan, said at Monday’s Board of Trustees meeting that his client wanted to expand his business at 90 Middle Neck Road into the vacant store at 86 Middle Neck Road.

“My client believes that expanding the use would be well-serving the community because he believes he has the client base to support the additional seating,” Luskin said.

In March, the village’s Board of Zoning Appeals granted Yousfan a variance to pay a fee rather than provide the parking spaces required for the expansion.

Because the restaurant’s expansion would create 42 additional seats for patrons, village code requires that the applicant would need to provide 21 additional parking spaces for customers.

The village charges a fee of $250 per parking space annually as a substitution for providing the necessary parking spots.

Luskin said his client could not pay the annual $5,250 parking fee due to high operational costs.

“He has a budget for this fee requirement, really of no more than approximately $4,000 on a one-time basis,” he said. “He is simply unable to do an annual payment. At that point, the expansion would not be economically feasible for him.”

Yousfan said the annual fee would be a “burden” because his business is only open from Sunday to Thursday and for half the day on Friday.

“In one way we are taking a risk of expanding because we hear from history that wherever there is an expansion, it closes,” he said.

Luskin said he wanted to come up with some sort of middle ground with the board in regard to the parking requirements, citing the number of store vacancies on Middle Neck Road.

Yousfan said it was “very sad” to see the number of empty stores on the street and that he thought his expansion would be a benefit to both the village and the Great Neck peninsula.

“We are very concerned and certainly don’t want to stand in the way of progress and the opportunity of what’s available not only to the landlord, but certainly to a store that’s prospering and looking to grow,” Fox said.

Instead of charging the applicant the full annual fee of $5,250 for the 21 parking spaces, he proposed phasing in the fee over  five years beginning at 20 percent of the total fee for the first year and increasing by 20 percent each year after that.

For the first year, Fox said, the village would only charge $50 per parking space, then increase the fee by $50 each year until year five, when the $5,250 annual fee would take effect.

He said this would alleviate some of the financial strain on the applicant and that he wanted to “help to accommodate the success of Grill Time and make it a permanent fixture in our community for many years to come.”

Luskin said his client would agree to that payment plan even though the restaurant’s operational costs still concerned him.

“At year one, at 20 percent, there’s not very much concern. When it gets to year five, five years from now, knowing what operational costs are now, certainly there’s a risk there,” he said. “He’s willing to take it and my client appreciates the effort of the board to accommodate this and accommodate the community.” 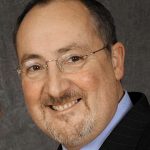 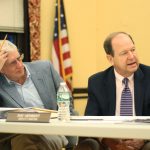