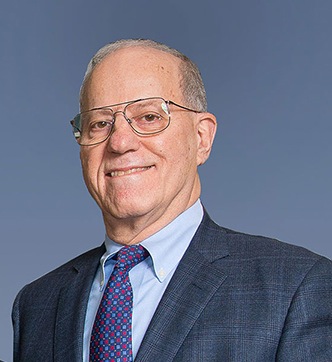 Great Neck Board of Education Vice President Larry Gross announced last Thursday that his current term serving on the board will be his last as he will not be pursuing re-election in May.

At last Thursday’s Board of Education meeting, Gross said his 36-year tenure on the board would be coming to an end as he will be moving to New York City.

“My wife and I have decided to move into New York City later this summer and as a result, I will not be able stand for re-election to the Board of Education,” he said. “I thought I should announce my decision in order to allow interested community members the time to consider whether they’d like to join the board through the coming election process.”

Gross said it was an honor to serve for and work with others who cared about providing the best education possible for the district’s students.

“Over the years, I have had the extreme pleasure and honor to be involved with so many people who, each in their own way, worked to improve the quality of public education in our hometown, our state and nation,” he said. “We all were dedicated to providing an educational environment which delivered the curriculum and activities that provided the opportunity for each of our students to develop and grow to their full potential.”

Gross said the role of a school board was to “develop and conserve a district culture which will attract and keep outstanding educators within the ranks of its employees.”

“A board is a deliberative body which must review all facts, determine community and district thoughts with regard to the issue, and then, undertake actions by consensus after such thorough discussion,” he said. “Elected trustees must be open to different opinions and work with fellow trustees to determine the best course of action.”

Gross said he was “proud” of the board’s success over the years and how it has supported and enhanced educational programs for students.

“In the coming years, I will regret not being a directly involved participant in Great Neck public school life,” he said. “Our district will always have my attention and support.”

Gross added that because he has a grandchild in the district, he expects “to return for a variety of events and occasions.”

“To say that this news saddens us would be an understatement of huge proportions,” Board President Barbara Berkowitz said.

Berkowitz also said the district would honor Gross at a later date.

Those interested in running in the May 16 school board election can pick up petitions and informational packets from district clerk Michele Domenick at the Phipps Administration Building, located at 345 Lakeville Road.

Signed petitions are due by April 17 at 5 p.m. to be on the ballot.

Also at the meeting, the board revealed its preliminary 2017-18 district budget.

The school district will hold an in-depth budget discussion with the community on March 18 at Great Neck South High School at 9:30 a.m.

The school board will also hold public hearings on the preliminary budget at its April 3 and April 20 board meetings.

There will be a final hearing at the May 8 board meeting, the week before district residents will vote on the budget.