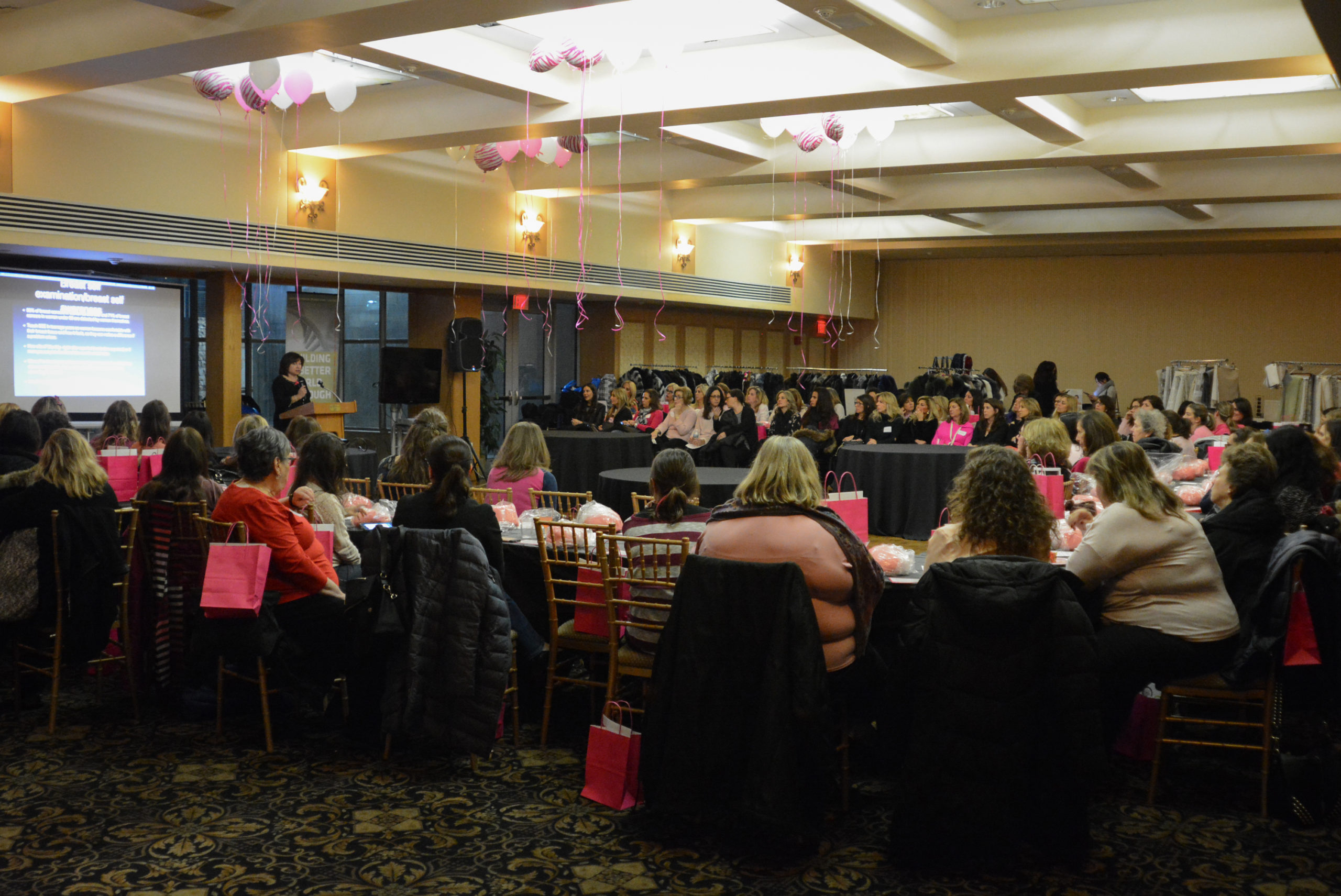 More than 100 women went to Temple Beth-El to attend an event about breast cancer hosted by Hadassah on Wednesday night. (Photo by Janelle Clausen)

Her mother beat breast cancer in 1999. Her grandmother lost to ovarian cancer several years earlier. And then Farkas, a mother of three, was diagnosed with breast cancer and went through a “19-month ordeal of testing, surgeries and treatments” in 2004.

A BRCA gene mutation, 10 times more common in Ashkenazi Jews than the general population, was a factor.

“In addition to the vast progress that has been made, I believe that addressing the BRCA gene is a powerful approach to protecting a particularly high-risk population for developing breast cancer,” Farkas said. “My personal story seems to represent scenarios that play out in families with susception to the BRCA gene.”

Farkas was one of many women who spoke last Wednesday night at Hadassah’s Pink Challah Bake, an event aiming to raise money to go toward Hadassah’s research and clinical trials in cancer prevention, genetic diagnosis and treatment.

The event was hosted with Sharsheret, a not-for-profit organization supporting Jewish women and families facing breast and ovarian cancer.

Nancy Cohen, the Long Island program coordinator for Sharsheret and a Lake Success resident, outlined some of the services her organization offers like trained professionals, peer support, community events and educational programs.

Cohen also highlighted the increased risk for cancer in people with the BRCA gene mutation, present in 1 of 40 Ashkenasi Jews, and the importance of taking action like getting screened, staying active and eating healthy.

“I consider tonight to be a women’s empowerment event,” Cohen said. “Together tonight we are arming you with knowledge and information that you can take control of your lives and you can make educated decisions and be heroes in your own stories.”

Dr. Wendy Fried-Oginski, an obstetrician-gynecologist in North Hills, said that breast cancer is the most common cancer in the United States and that more than 40,000 deaths are attributed to it each year.

One eighth of women will also get breast cancer in their lifetime – but there are also 8.1 million survivors, she said, and the current five-year survival rate is 90 percent due to advances in early detection and improved treatment.

Five to 10 percent of breast cancers are due to mutations of the BRCA genes, she said, with the Ashkenazi Jewish population having prevalence 10 times greater than the general population.

There are several controllable risk factors contributing to the development of cancer, Fried said. Alcohol, smoking, obesity, late pregnancies, night shifts and physical inactivity are among them.

There are also nonmodifiable ones like age, genetic mutations, late menopause, dense breast tissue and a history of breast cancer, she said.

But, Fried noted, most women with breast cancer detected it on their own, and she recommended checking often.

Among the things to look for are change in skin tone, puckering, a change in shape and size, swelling or a discharge around the breast or under the arm.

“So you want to cover a lot of ground,” Fried said. “That is very important.”

If a lump is found in the breast or under the arm, Fried said that even if a doctor doesn’t feel it or imaging comes up normal, a woman should go to a breast surgeon for an evaluation.

Breast exams should be done by a medical professional at least once per year, Fried said.

While genetics are among the unchangeable factors, Fried said genetic testing is important and should go beyond a blood test so one can prepare appropriately.

Column: Should you purchase before or after you get married?
Next Article 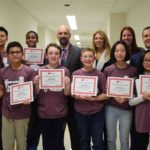 Mineola Middle School students’ give Board of Education taste of Albany