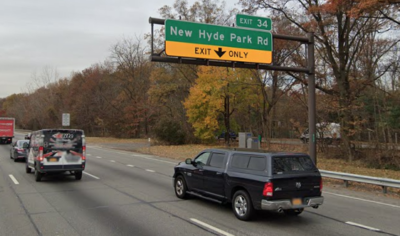 The Nassau County Police Department announced they will be increasing enforcement at 10 of Nassau County's most dangerous intersections. (Photo courtesy of The Island Now archives)

Half of Nassau County’s 10 most dangerous intersections are in the Town of North Hempstead, the Nassau County Police Department said Sunday.

In a Facebook post, the department listed the 10 intersections with the most accidents in 2021, all  where local roads meet the Long Island Expressway. Searingtown Road’s intersection with the expressway in North Hills was in second place with 110 accidents, behind Syosset’s South Oyster Bay Road.

The department said starting this week enforcement will be increased at high-volume intersections.

Roslyn’s Willis Avenue was sixth on the list, in front of Roslyn Heights’ Mineola Avenue with 77 and 68 accidents, respectively.

Among the 10 intersections, North Hempstead and Oyster Bay had five each. Along with Syosset, which appeared twice, Jericho and Woodbury accounted for the Oyster Bay’s other three spots.

In December, Newsday reported data from the Institute for Traffic Safety Management and Research that detailed auto fatalities recorded on Long Island in 2020. Suffolk, Queens and Nassau counties led New York with 113, 78 and 62 people killed respectively.

The Police Department cautioned drivers to avoid speeding, be aware of pedestrians and refrain from texting while driving. Pedestrians and bicyclists were advised to use designated crosswalks, wear visible clothing at night, wait for signals at intersections and avoid using headphones so they can hear traffic.

Readers Write: Don’t treat Jennifer DeSena the way I was
Next Article 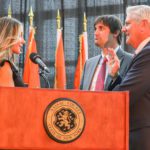