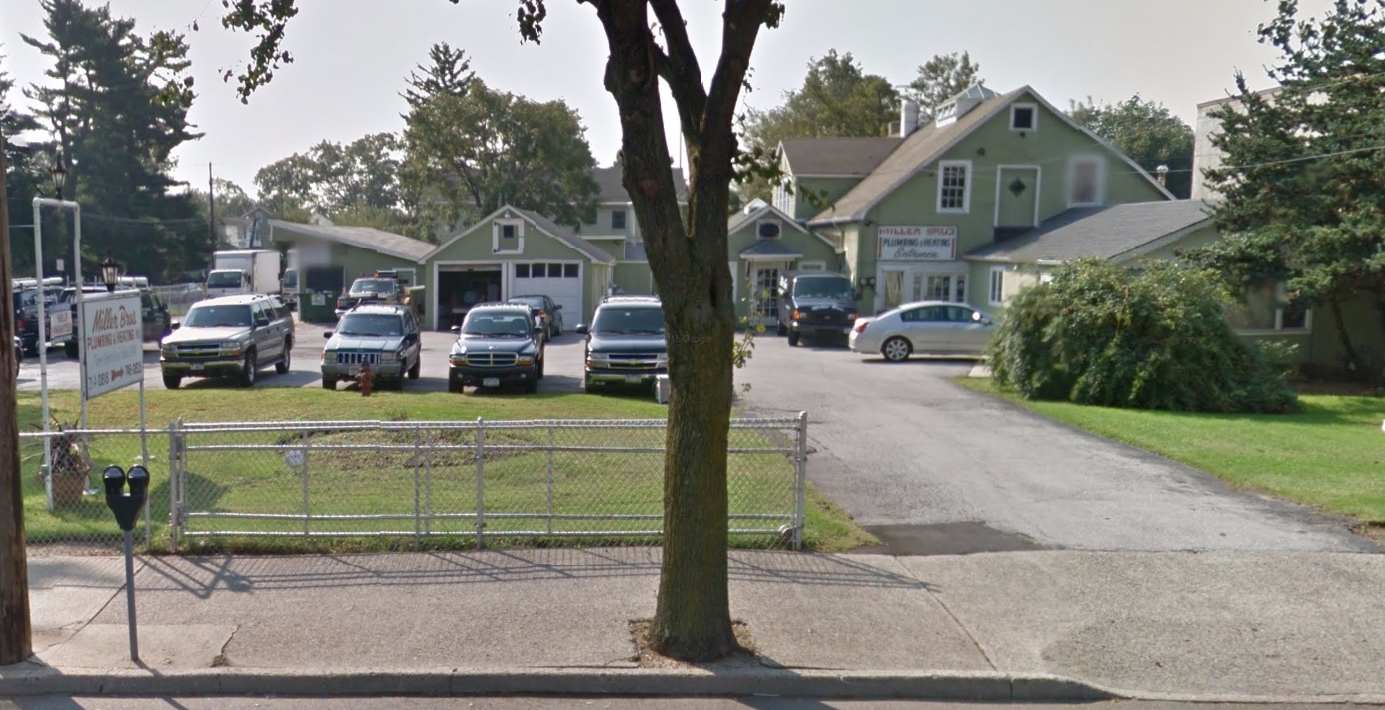 A Great Neck motorcycle merchant has revved up his bid for a New Hyde Park dealership again this month, 10 months after it caused an uproar among neighbors.
The Harley-Davidson dealership and service center Amir Jarrah proposed for 1324 Jericho Turnpike would not harm the surrounding area, according to a study of traffic, noise and other issues neighbors and village officials raised at a public hearing in October.
Jarrah submitted the study by VHB Engineering  of Hauppauge about three weeks ago.   He sent a $10,000 deposit to the village, which  will use the money to hire its own experts to review the study, village Deputy Mayor Lawrence Montreuil said.
It is the first forward motion on the 16,000-square-foot plan since it caused an outcry at a public hearing in October 2015.
“It’s progress, and we hadn’t heard from them from a long time, so now that we have we can resume the process,” Montreuil said.
Jarrah deferred questions to the experts who conducted the study.
Architect John Notaro declined to comment. Jarrah’s attorney and engineer did not return phone calls seeking comment.
Jarrah wants to move his current Miracle Mile Harley-Davidson dealership at 1215 Northern Blvd. in Great Neck to a brand-new 8,000-square-foot motorcycle showroom and 6,200-square-foot basement repair shop at the current site of Miller Brothers Plumbing & Heating. Construction would take about a year.
About 65 residents at the hearing last year were concerned about motorcycles making an area already inundated with noise from trains, helicopters and airplanes even louder.
Some also said Harley-Davidson’s clientele and events such as a “bikini bike wash” would damage the village’s character, noting the dealership would be across the street from a church and less than a quarter mile from a school.
But the study by VHB Engineering says that’s not the case.
Any increase in noise would be “imperceptible,” it says, and a real estate study showed the dealership “would not adversely impact property values, or the character of the community.”
A model of noise levels based on studies of the New Hyde Park site and the Great Neck dealership shows the area’s average ambient noise would be less than one decibel louder, an increase most people can’t detect, the study says. Jericho Turnpike’s ambient noise level is more than 70 decibels, it says.
Idling and moving motorcycles generate at least 79 decibels of noise, the study says, louder than the 65 decibels New Hyde Park’s village code allows businesses to generate during the day.
But the study argues that ordinance shouldn’t apply because it is stricter than federal and state regulations, and because the dealership can’t control motorcycles running on public streets.
The dealership will also have signs asking bikers to ride quietly and avoid idling, and a sign directing motorcycle traffic away from the adjacent Herkomer Street, the study says.
The dealership will also run test rides only on Jericho Turnpike to avoid disturbing neighbors, the study says.
Herkomer residents in October said they were concerned about bikes speeding loudly through the residential area and endangering children.
Plans also include a sound barrier along the ramp leading to the underground service center, which residents asked about last year.
Noting that nine other auto repair shops or dealerships are within about half a mile of the proposed site, the study concluded the dealership would be consistent with Jericho Turnpike’s commercial development.
Studies of two other Harley-Davidson dealerships near residential neighborhoods showed they “had no adverse impacts on the communities,” the study says.
Jarrah said in October that his Great Neck dealership has operated near a residential neighborhood for 10 years with few issues.
While he has not examined the study in detail, Montreuil said he is “not surprised” its findings favored the proposed dealership.
“That’s what I would’ve expected to see, but I’d be interested to get into the detail and fully understand it,” he said last week.
The village will set another public hearing on the dealership after its experts review Jarrah’s study and possibly do their own research, Montreuil said, a process that could take months.
The proposal would go before the village Board of Zoning Appeals if the Board of Trustees approves it, Montreuil said. It needs a total of nine approvals from the village, county, state and Water Authority of Western Nassau County, the study says.