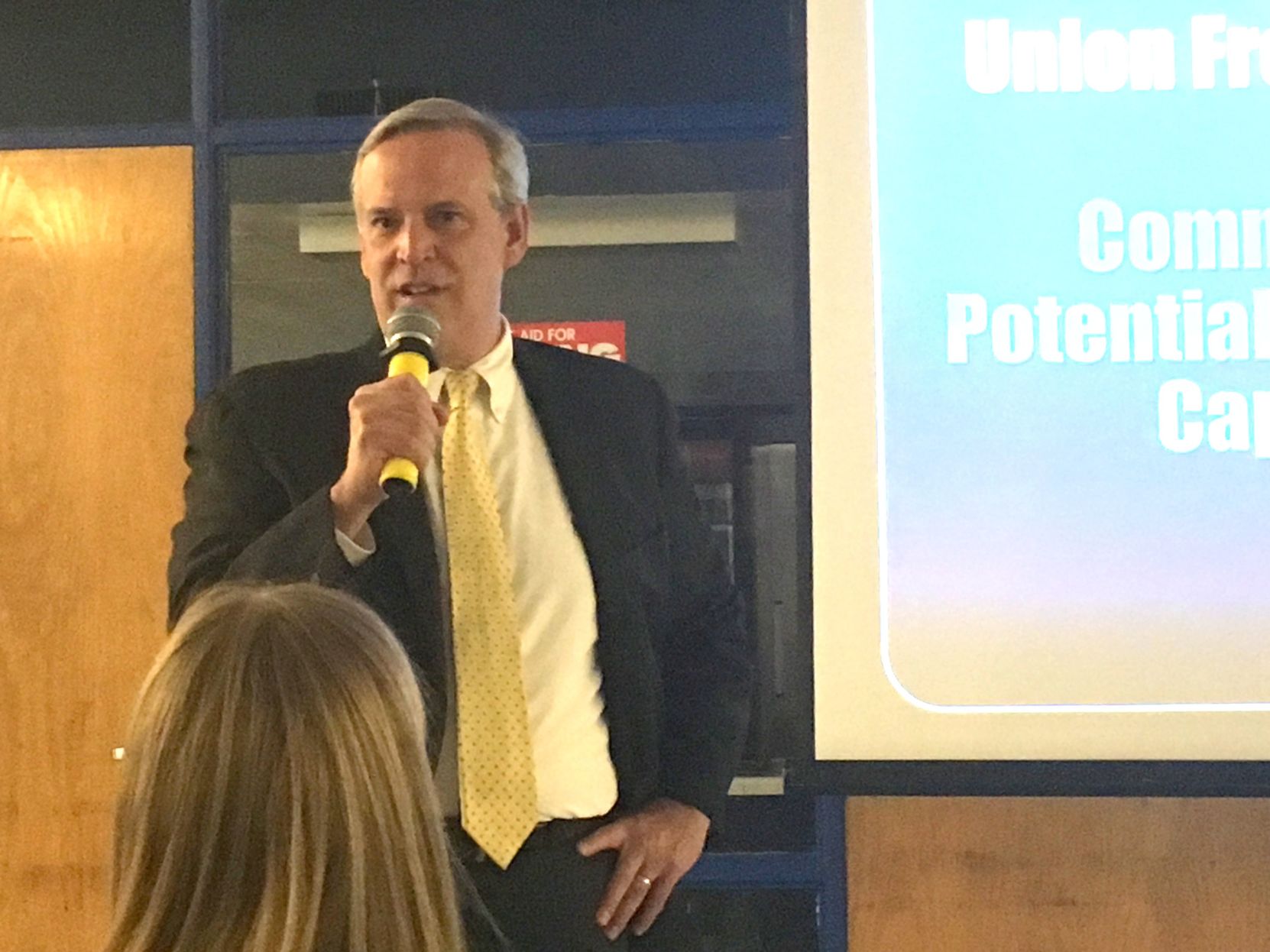 The timing of construction is important to the success of a major package of building projects at Herricks schools, district officials said last Thursday.

On Dec. 6, voters will consider the first $28.3 million in spending for the $29.5 capital improvement program, which includes renovations at the district’s seven buildings.

Under the current plan, the renovations will be phased in beginning with the 2017-18 school year and finishing in 2023.

At the Thursday school board meeting, Trustee Brian Hassan said many other school districts are also looking to do building work in the next five years, and said he was concerned that the competition for contractors’ services would drive up costs.

“Timing is everything. We need to be smart how we plan,” Seeba said. “The economy is picking up, New York City is busy and materials prices are going up.”

He said the district needs to make sure that plans are sent to the state Education Department on time as its approval is needed before work can commence.

School officials have said that delay can also drive up costs.

Lisa Rutkoske, the assistant superintendent for business, said there are a lot of moving parts that will determine the success of this project, and schedules will need to be met every step of the way for several years.

To make sure the work stays on track, the district is looking to hire a construction manager who would report  to the board regularly.

“We have key milestones,” Rutkoske said. “We have done a lot of detailed planning,”

Improvements will include new sidewalks, doors and locks in all buildings, renovations to bathrooms, ventilation improvements, and electrical and plumbing fixes.

Also, new artificial turf on the high school field, a new press box, bleachers and lights for the track, a major renovation of the high school cafeteria, construction of a new fitness center, science lab renovations and new windows.

The projects are the highest priorities on an $80 million list of fixes identified in a building survey last year.

Voters will decide next month whether to authorize a $25 million bond and allow the district to spend $3.3 million from an existing capital reserve.

The district expects to fund the remaining $1.2 million from the same capital reserve if additional funds are set aside and voters approve at a later date.

Rutkoske said the bond would not affect property taxes.

The current annual debt expense is $3.1 million per year, she said.

During the 2021-22 school year, $2.1 million in debt payments will be retired, replaced by the new bond the following year, she said.

The new bonds would have a term of 15 years and the board’s financial advisors forecast that the interest rate will be 3.75 percent, Rutkoske said.

Also on Thursday, the Herricks school board voted to extend a property tax break to veterans of the Cold War era similar to an existing benefit granted to veterans of wartime service.

The board unanimously voted to exempt 15 percent of the assessed valuation of a home for veterans who served between September 1945 and December 1991.

Nassau County currently grants the exemption from county taxes for Cold War-era veterans to 61 households in the district.

Rutkoske said applying the tax break to school taxes would amount to about $16,000 per year; about $2 per year would be shifted to the other households.

The exemption will take effect on tax bills for the 2017-2018 school year.

From the ‘nosebleeds’ to the opera stage