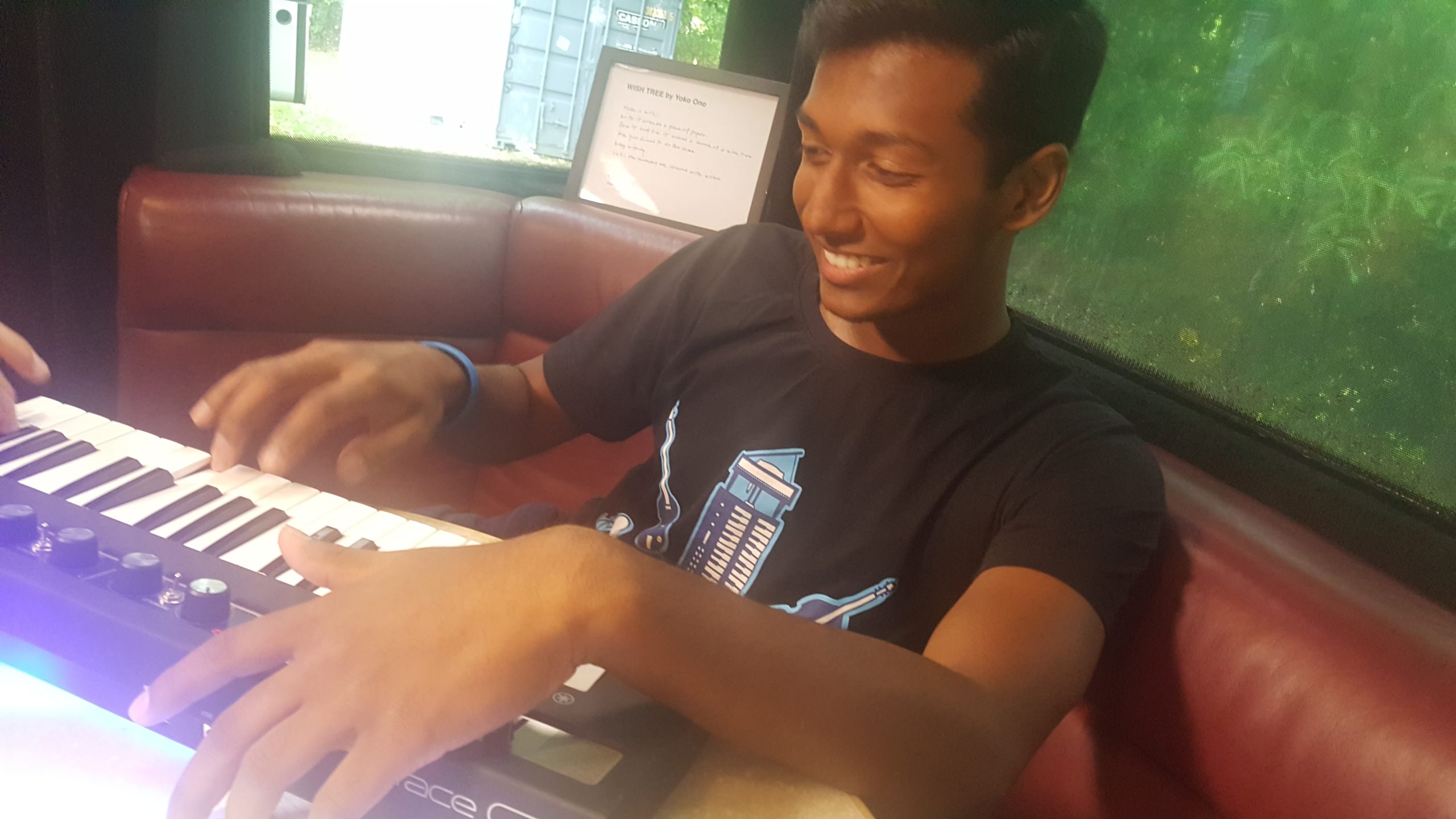 Herricks won the visit as part of the NAMM Foundation’s “What Makes Music Education Great in My School District?” video submission program that recognizes schools that promote music education.

Anissa Arnold, the school’s director of music and performing arts, said the visit highlights the talent of all Herricks students.

“It’s a great way to get hands-on professional knowledge outside of the school that we don’t get to teach in school,” Arnold said. “This is a once in a lifetime opportunity. I’m so proud of these students.”

Steven Meloney, 27, has lived on the bus as one of its three engineers for more than a year. He and two others run and maintain the studio equipment and instruments, and work with the students.

The day starts when students play clips of songs they like, from “Lemonade” by Iris Temple to “Either Way” by Chris Stapleton, as musical inspiration. Students then pull out instruments and start “making noise” inspired by the songs they heard, Meloney said.

“After 20 minutes of that, something usually comes out of the noise that we can start to build our song around,” he said.

Throughout the day, engineers teach students songwriting elements while helping build their song. Students are individually pulled into different studios on the bus to record their parts.

The song is complete by 2 p.m., when production starts on the music video. Videos incorporate scenes shot on the bus, in the school and in the local community.

“We just try to utilize the coolest scenery from our location that day that inspires the students,” Meloney said. “But just like the songs, every music video is different. Everything we do is very much fly-by-the-seat-of-your-pants.”

Meloney’s favorite part of working on the bus is the “happy and fun environment,” he said.

“I’ve never seen any students fighting ever and I think it’s because we try to bring a unique experience that is the opposite of school,” Meloney said. “On the bus, there are no rules. This is their opportunity to be as creative and as original and as themselves as they want.”

Senior Aagarshan Gupta, 17, plays keyboards on the new Herricks earworm. He said he hopes to pursue a music career.

Gupta said the best part of being aboard the Lennon Bus was songwriting with the people he plays with every day.

“On a day-to-day level, we’re all friends anyway. We’re all in the same clubs after school making music anyway,” he said. “We get to create something together from scratch while showcasing our individual abilities.”

Meloney said the Herricks crew has among the top talent he’s seen working on the Lennon bus.

“We find incredible amounts of talent all throughout the country,” Meloney said. “But with this group, it’s not just a couple kids that are really good. Every one of these kids is really good.”

“This particular group is all Type A-ers and just so excited about music that we’re getting distracted playing other things,” Meloney said. “I’m just trying to keep everyone focused because it’s a lot of work to get done in one day.”

The Lennon Bus uses Canon products to shoot music videos and Apple computers. Yamaha provides the onboard instruments, including a drum set, a piano and several guitars.

But the completed songs are typically a melding of different genres so contributions from all the students can be included.

The song written by the Herricks students has an “acoustic coffee shop, beach vibe, surreal feeling” but will “even include a horn section,” Meloney said.

Meloney said that when it comes time to write the lyrics, students “typically have plenty to say.” His role is to take their “cohesive lyrical content” and polish it to fit the song’s rhythmic structure.

“Coming up with the actual content isn’t a problem,” he said. “Getting it to a place where it’s cohesive and well rehearsed takes a little bit of push on our end.”

Lyrics are usually thematically varied but incorporate personal experiences from the students, Meloney said. Topics range from natural disasters to bullying to dating.

“It’s always something close to home from their real experiences,” Meloney said. “We get a more emotive and authentic vibe.”

“There’s a boy and a girl going on their first date talking about their feelings on their way to a coffee shop and all the things they’re nervous about and how they feel about the other person,” Kim said. “Everyone can relate to that.”

Junior Ju Young Yi, 16, said she plays clarinet and guitar, but this was her first songwriting endeavor.

“In the song, there’s a guy and a girl overthinking things in their head,” Yi said. “When you’re dating someone in high school, you think about things way too much.”

Yi, who hopes to work in music production, said her biggest challenge was getting her ideas across. She was also worried that, as a clarinet player, there wouldn’t be a place for her in the clarinet-less song.

“There are so many ideas, and so many good ideas, that trying to fit things in was a little hard,” Yi said. “But everyone’s contributions have come across well. I’m very pleased with what we’ve accomplished.” 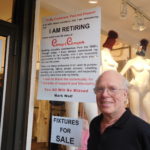 Camp and Campus, a fashion fixture in Great Neck Plaza, closes its doors
Next Article