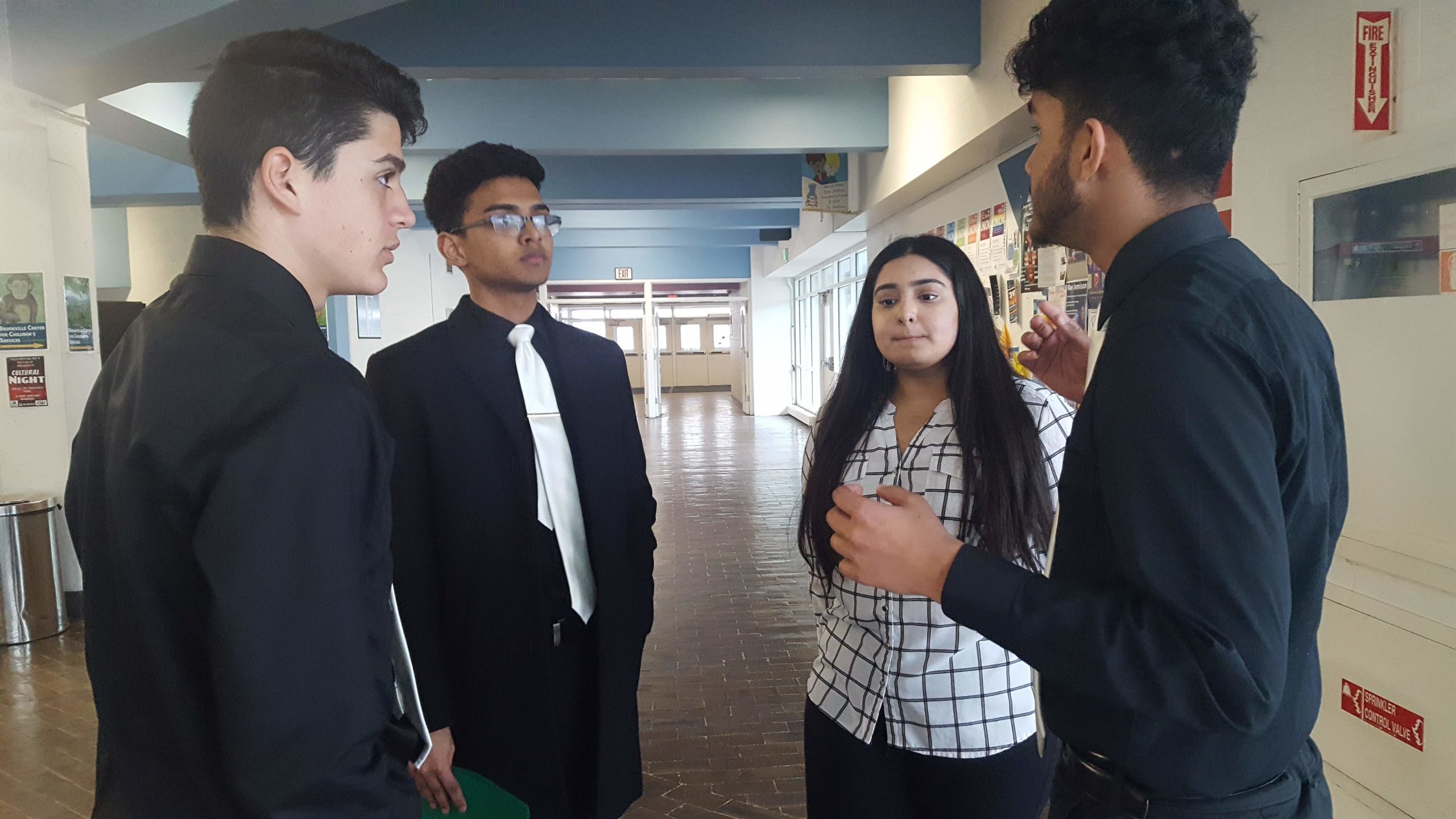 A group of high school students in blazers and ties huddled in a hallway of SUNY Old Westbury’s Campus Center last Friday afternoon, quietly practicing for their final presentation of the day.

They were preparing to pitch their idea for an app to a panel of judges in front of a room of other students and the county comptroller. As they practiced, it was clear their pitch was becoming routine. When introducing the name of their product, all six voices said it in unison.

The East Meadow students were one of 18 teams from 12 schools that competed in the Nassau County comptroller’s annual high school entrepreneurial challenge. Some had been working on their projects for months, others only weeks. They all, however, tackled a civic challenge.

“We have huge issues to solve as a region and as a nation, and we need our students to be able to think critically and address those challenges,” Comptroller Jack Schnirman said. “This is a fun way of getting them to step up to the plate.”

The East Meadow students who made it to the final round and ultimately won said their app would both streamline the college search and application process for high schoolers and make it more affordable.

High schoolers would be able to chat with college students about the college experience, research the demographic makeup of different schools and search for scholarships with the “CollegePro” app. At $2 a month for the most basic features, it would be far more affordable than a personal college adviser, the students contended.

After returning to the auditorium and pitching their app to the judges, they were peppered with questions to which they quickly fired off responses.

“What’s your initial investment for this?” asked judge Jacob Dixon, the CEO of the Roosevelt-based non-profit Choice for All. “Where are you guys getting your money from?”

“We’re getting a $50,000 donation from the Gates Foundation in our first year to counteract the $13,000 loss, and those $50,000 would go to developing the app and other technological stuff,” the team’s chief financial officer responded.

Their competition for first place was a New Hyde Park Memorial four-person team, which came up with a GPS-traceable reusable water bottle.

The New Hyde Park students were nervous the first time they made their presentation and left the room low on confidence, the team members said. The third time, though, despite its being the face-off for top prize, was not as bad, they said.

“As we kept on presenting, it did get a lot easier,” said Isha Ilyas.

Since Schnirman assumed the role of comptroller last year and inherited the event, he has centered it on civic innovation, he said.

Students had to pitch businesses or non-profits that fit into the categories of either “social entrepreneurship” or technology, and each team had to include how their business would give back in some way to the local community.

Charles Merlis, a student at North Shore High School, had never participated in a Shark Tank-esque event before. He is interested in going into business, he said, and was on a team that pitched an SAT tutoring service for low-income families.

“It’s good to practice in front of people, being judged,” Merlis said.

Before announcing the team rankings, Schnirman asked the students whether, given the opportunity, they would want to bring their idea to fruition.

A sea of hands went up.

“Awesome,” Schnirman said. “That is awesome.” 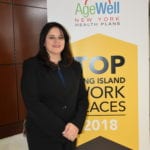 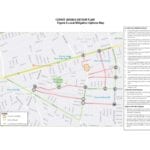