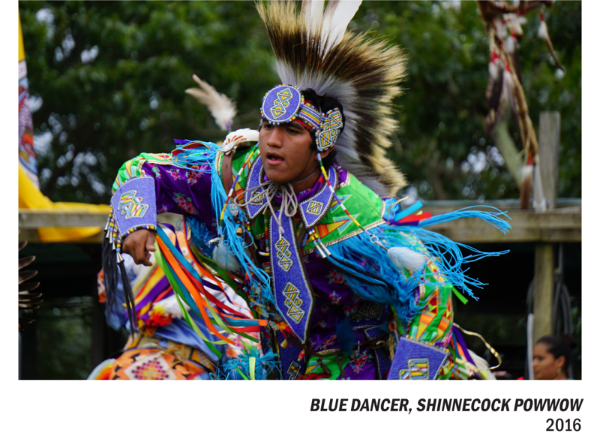 The Gold Coast Arts Center will be showcasing tales of humanity through the lenses of nine photographers at a new exhibit starting Sept. 30, taking visitors from eastern Cuba and the U.S. southern border to the “Shifting Sands of Somalia.”

Jude Amsel, the gallery’s curator, said exhibit will feature around 100 images of different sizes and prints. It also showcases an array of “extremely diverse and talented” photographers from around the world, she said, as well as the power of photography in the Internet age.

“It’s called ‘Storytelling through the Lens’ and it’s a photography exhibit about artists presenting images in unique and powerful ways,” Amsel said in an interview. “With the explosion of the Internet and all these different applications and myriad of mobile devices, they’ve supplanted the print medium, resulting in the ability for photojournalists to reach audiences that they could never before imagine.”

“They continue to write and record visual history, and it forms a collective memory for all of us,” Amsel added.

Karen Rubin, a photojournalist from Great Neck who also works as a Blank Slate Media columnist, said her job is a “quest” to capture a moment that “represents an idea, a situation, a crisis, an event.” Her series, “Power and the People,” includes scenes from the Women’s March in New York City.

“In this exhibit, I show two vantage points of ‘Power and the People’: the politicians as political people and protest as manifestation of ‘Power of the People,’” Rubin said in the catalog. “Protest is a performance art: people use their bodies as canvases to broadcast a message.”

The exhibit will also showcase the work of Deborah Sable, who captured the modern life of the Shinnecock on Long Island and said in the catalog she hopes to capture the viewer’s imagination “and make it soar.”

“To me, art and activism is the same thing. Neither exists without the other,” Sable said. “To be successful, each much convey a message to an audience.”

Neil Tandy, an English born photographer who spent half of his life in South Africa but now resides on Long Island, said in the catalog that his work seeks to tell a story, draw people in and tell a story that can’t be told in words.

The work to be shown at the Gold Coast Arts Center will particularly focus on his home country of South Africa.

“The photography on display today represents a brief moment in time, a sad time, in a country often at the center of much turmoil, a documentary of what I perhaps cannot verbalize adequately,” Tandy said in the catalog.

Verónica Cárdenas‘ work in the exhibit will focus on the vulnerability faced by both undocumented and new residents in the Donald Trump era, according to the exhibition catalog. The images come from both sides of the U.S.-Mexico border.

“This body of work explores what it means to be a faceless immigrant, exposed to aggressive and dangerous legislation, vulnerable to exploitation, and left with virtually no opportunities,” Cardenas said.

Deborah Feingold, who has photographed musicians and celebrities for over 30 years, will also showcase some of her portraits.

“In 1976 I began my career photographing jazz musicians. I studied how they used their instruments to come together, to explore, and then to return,” Feingold said. “That process inspired me then and continues to be the way in which I work.”

Orestes Gonzalez, who is also a guest curator for the exhibit, will have a series called “Stories of Disruptions” on display. The 10-year effort is a “compilation of situations” of people in New York City who wound up on “the ‘wrong side’ of fate, Gonzalez said.

“They are common, quiet stories of people whose lives are impacted and thus disrupted, by conflict, religion and social and economic forces beyond their control,” Gonzalez said.

Audrey Gottlieb was the official photographer for the United Nations Operation in Somalia in 1993. During that time, she said she photographed everything from warlords and “grip-and-grin” handshakes with dignitaries to peacekeepers and the average Somali citizen.

“I dedicate my photographs in this show to the memory of those thousands of innocent civilians and peacekeepers who died before, during and after my short stay in this war-worn African country,” Gottlieb said.

GD McClintock’s work, according to the catalog, tells the story of Segundo and Cecilia, who left Ecuador for a better life in the U.S. The two constantly postponed a “proper church wedding and reception” year after year, until Segundo nearly died from a disease, and the couple decided it was “time to renew their vows before God, their family, and their community.”

“I was humbled by the invitation to their wedding and hope my photographs are a testament to the love they feel for each other and their family,” McClintock said.

William Riera, a Cuban American living in Miami since 1995, said his series “Chago Adentro” seeks to “explore nostalgia for my native town, the struggle of the Cuban people” and “try to express the loss of memories represented by the deterioration of places I visit.”

The series also seeks to capture an underrepresented part of Cuba, he said.

“With all the hype related to Cuba, the visual world has been bombarded with photographs of the western part of the island, where most of the tourism is concentrated,” Riera said in the catalog. “Most imagines represent the views of photographers, both professionals and amateurs portraying a land that for many years was not open to the world.”

There will be an opening reception on Sunday, Sept. 30 from 4 to 6 p.m. at the Gold Coast Arts Center, located at 115 Middle Neck Road in Great Neck.

The exhibit will be on display until Dec. 15. 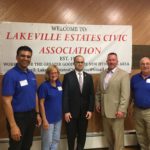 District 19 candidates speak at meet and greet
Next Article 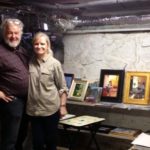