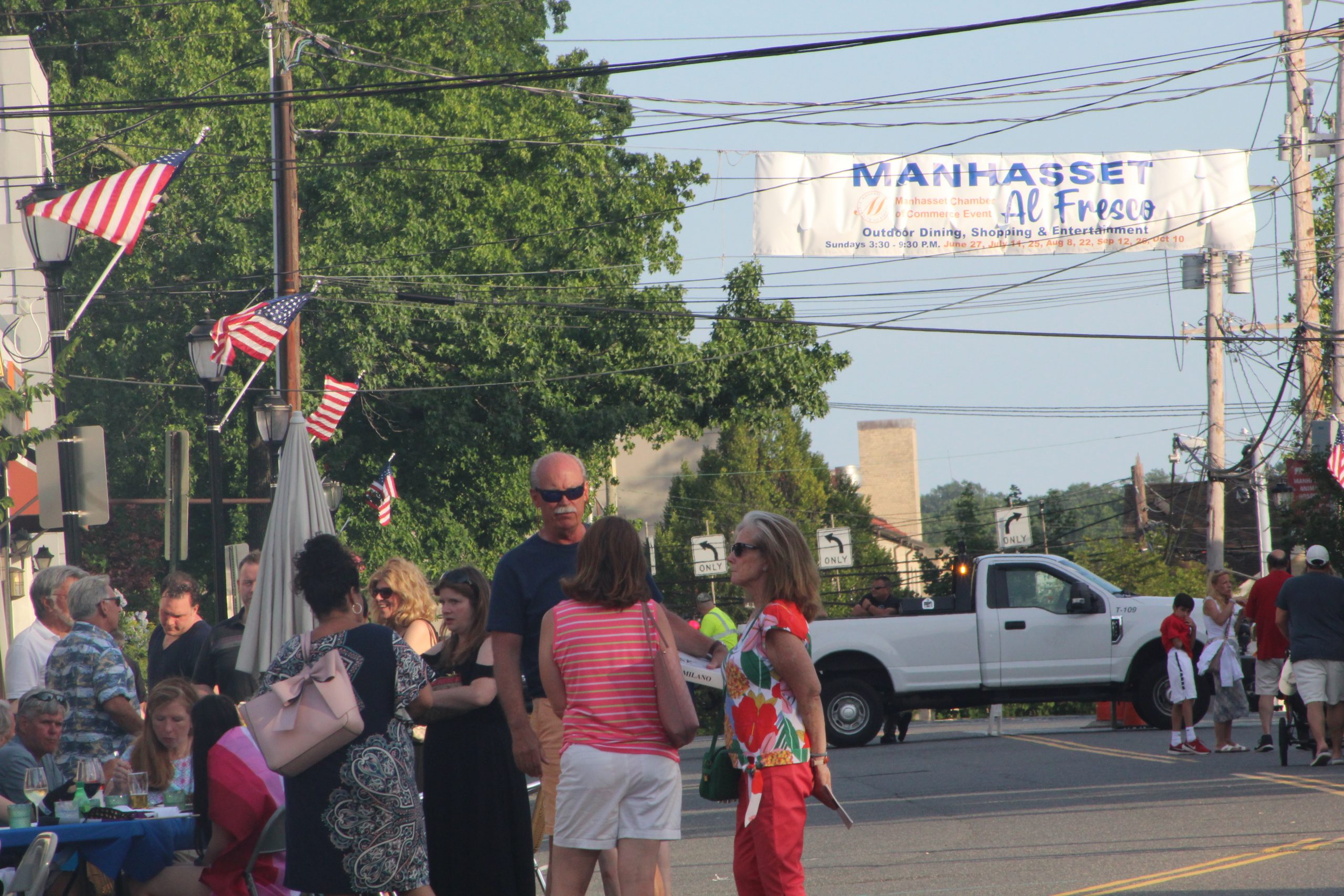 Organizers kicked off an afternoon of dining and entertainment on Sunday as the inaugural run of Manhasset Al Fresco, closing part of Plandome Road to make way for tables, old-fashioned cars and a live band.

“We’re open for business and we’re ready to get back to normal,” Sillitti said. “This is the first I hope of many events that we do.”

Sillitti noted the event’s importance for businesses that struggled during the year’s coronavirus health restrictions and financial woes.

“Anything that we can do to help small businesses recover after the pandemic,” Sillitti said. “People are getting vaccinated, people are going out and about, and we want everybody to … come to your downtown.”

Al Fresco was organized by the Manhasset Chamber of Commerce, whose co-president, Matt Donno, said, “For our first event it’s been fabulous showcasing the businesses and really been a positive for the community.”

Sunday was the first of a series, scheduled every other weekend until October, alternating between south and north sections of Plandome Road.

Villa Milano, Herb&Olive, and other restaurants set up outdoor seating for customers who later in the evening listened to live music performed by the John Byrnes Band. A DJ offered music earlier in the day.

Julia Petropoulos, owner of Herb&Olive, has wanted to put up an event like this since last year. Her Greek restaurant opened five months before the start of the pandemic in New York, and she said it was nice to see community support for businesses.

“Slowly I’m seeing my old customers,” Petropoulos said, telling a story of a couple that returned to dining at her restaurant after over a year. “For me, that means a lot, that people remember.”

Petropoulos is also working to have representatives of foundations advocating for Family Court reform and breast cancer present at her restaurant for the next Al Fresco dining afternoon.

“I’m just trying to get people involved in the community,” Petropoulos said. “Raise awareness and bring people back to our store.”

In organizing the street festival, Donno attested to coordinating all the moving parts, and said  it was good to see people come together and support each other.

Al Fresco’s next weekend will be July 11, occupying a portion of Plandome Road north of the train tracks. Participating businesses will include Publicans, Louie’s Manhasset and Joseph’s Barbershop, which will offer a lollipop giveaway.

Readers Write: How to pay for adding dental, vision and hearing to Medicare
Next Article 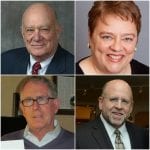