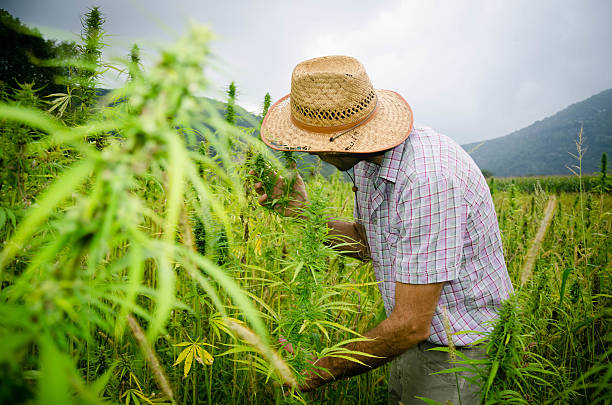 Weed or marijuana refers to a subspecies of the cannabis plant. It is famous for containing psychoactive compounds people use for recreational and medical reasons. The cannabis plant has more than 500 chemicals. When talking about marijuana, people refer to its substantial amount of tetrahydrocannabinol (THC). Whether used recreationally or for medical reasons, it can lead to addiction or dependency.

Moreover, it also affects the user’s health. Therefore, most states have not allowed marijuana legalization. If you are living in Mexico, you may have this question in your mind, “Is weed legal in Mexico?”

The country was famous for illicit drug trafficking in the past. However, the Mexican Congress took steps to eliminate illegal drug dealing, and the country’s Senate approved the legalization bill after many years of struggle. This article covers all the details of the weed legalization bill and recreational marijuana in Mexico.

Currently, weed is legal in Mexico, including recreational marijuana and medical cannabis. However, it is a little complicated. It’s not completely legal, but we cannot say that cannabis is illegal in Mexico. The supreme court ruling of 2021 decided the matter of marijuana legalization by 8-3 votes. However, this ruling does not mean that all the rules about marijuana legalization are changed abruptly. Changes are in motion, and the situation regarding the weed legalization bill will soon be clear.

Is Medical Cannabis Legal in Mexico?

Medical cannabis is legal in Mexico. However, no specific legal framework can determine whether the person is carrying marijuana for medical or recreational purposes. A legal structure has not been put into place that can guide the legal sale of cannabis.

In the early 16th century, the Spanish introduced marijuana in Mexico through hemp. They usually grew hemp to make ropes and textiles. With time, subsidies from the Spanish vanished after the Mexican War of Independence. The production of marijuana fell to its lowest point.

Moreover, some academic research studies have shown that Mexican people have used marijuana for ritual and divination purposes for a long time. They used weed for recreational purposes along with pain cures. Furthermore, marijuana was freely used by people till 1898.

In 1882, a military hospital banned the use of recreational marijuana. This was to avoid problems associated with its use. It included issues such as violence, crimes, and disorders.

In 1920, Mexican law prohibited the sale, purchase, production, and use of recreational marijuana. Moreover, Mexico completely banned the export of weed in 1927.

The US government launched a controversial program during the 1970s to eradicate the production of weed and poppy fields. They sprayed paraquat on cannabis fields in Mexico with the help of helicopters and other tools. Paraquat is a herbicide that contaminates marijuana and other herbs.

In August 2009, Mexico-marijuana lawmakers established a law that allowed the possession of small amounts of cannabis. The government decriminalized marijuana to reduce illegal drug activity and allowed five grams of cannabis for personal consumption.

Moreover, the new law advised people caught possessing five grams of cannabis to seek a drug rehabilitation center instead of sending them to prison.

Mexico has a constitution of human rights to develop people’s personalities freely. In 2015, the court voted 4-1 that prohibiting the production of cannabis was unconstitutional as it is against human rights. Therefore, the supreme court allowed four individuals from the Mexican Society for Responsible and Tolerant Personal Use (SMART) to produce and consume cannabis.

In 2017, president Enrique Peña Nieto signed a law to allow medical cannabis with less than one percent THC.

Moreover, the supreme court ruled to allow recreational cannabis as the prohibition is against the human rights constitution. It asked the lawmakers to legalize cannabis within the next 90 days formally. Later, they increased the deadline to December 2020.

Cannabis is legal in Mexico according to the June 2021 supreme court ruling. The supreme court legalized adult-use cannabis by 8-3 votes, as the prohibition of personal use of cannabis was unconstitutional.

In March 2021, the lower house of the Mexican Congress legalized the recreational use of cannabis in a 316-to-219 vote. President Andrés Manuel López Obrador supported the marijuana legalization bill. It has been expected that legislation will be passed through the Senate before reaching the president.

The Supreme Court legalized adult-use cannabis under Mexico’s marijuana laws. However, it did not change the federal and state laws. So, no legal framework provides regulations for the legal sale of personal consumption cannabis.

Is Marijuana Legal In Mexico?

The 2021 legislation has allowed the private use and possession of marijuana. Moreover, possession of up to 28 grams of weed is legal as long as the holder is 18 or over.

President Andrés Manuel López Obrador protected the human rights of minimum consumers and enforced laws against drug cartels. However, medical cannabis is legal to use in public spaces.

The 2021 legislation allowed a specific amount of some drugs, including 2 grams of opium, 500 mg of cocaine, 0.015 mg of LSD, 50 mg of heroin, 40 mg (or a 200 mg capsule) of MDMA or speed, and 5 grams of cannabis. This specific amount is legal for medical and recreational use. However, anything above this limit is illegal and can land a person in jail.

The lawmakers have allowed small amounts of drugs to act in favor of human rights as this country’s prohibition for recreational use was unconstitutional.

However, the 2021 legislation announced a licensing system for producing, selling, and purchasing marijuana, increasing economic opportunities. Courts have defended the constitutionality of recreational pot. This may lead to the complete legalization of the drug.

The court instructed the lawmakers to create a legal framework for the personal use and consumption of marijuana. When the supreme court in Mexico permitted the legalization of weed, the hoped-for outcomes were:

Many cannabis companies in Canada impact the Mexican cannabis market, making it difficult for farmers to produce legal marijuana at a lower cost. Therefore, they prefer the illegal cultivation of weed to grow profits by exporting marijuana to Canada.

Mexican Congress has permitted the possession and use of 5 grams of cannabis. However, lawmakers have not made the rules clear yet, which gives the people a margin of usage. Legalization and adult use allow people to access cannabis for medical and recreational uses. Like cocaine, heroin, and other drugs, weed also has side effects.

Medical marijuana comes in many forms. Each can affect the user’s health to some degree. Still, there are multiple addiction treatment units and rehabilitation centers in Mexico and other countries for marijuana-addicted patients.

It has been observed that many people who use marijuana become dependent and addicted. This can eventually lead to a lower quality of life. The major health risks of marijuana are damaging cognitive memory in the short term and increasing the risks of cancer and cardiovascular diseases.

Moreover, the other health effects of marijuana are under study. For example, it is unclear whether marijuana alone, or mixing it with tobacco causes the majority of negative health outcomes.

How Can I Purchase Marijuana In Mexico?

Medical marijuana is available in different dispensaries and medical stores. You can access it with a doctor’s prescription. However, the legal amount of recreational marijuana is available through dealers in Mexico. The tourist-friendly towns and cities such as Cristóbal de la Casas, Puerto Vallarta, Cabo San Lucas, Oaxaca de Juárez, and Riviera Maya have street dealers.

Moreover, different street vendors and sellers of various items provide marijuana at your location whenever you want. Locally produced cannabis is cheap and easily accessible. However, the premium products are expensive, and only a few dealers sell these products.

Is Home Cultivation Of Weed Legal?

If you are above 18 and want to grow cannabis at home, you can follow the home cultivation rules of cannabis. The Senate allows the cultivation of up to six plants at home. In addition, these six plants include three mature and three immature plants. Therefore, you can enjoy the marijuana moment at your home in Mexico.

However, cannabis oils do not have any medical license, but they are not recreational drugs either. Furthermore, cannabis is famous for different treatments, including multiple sclerosis, nausea, vomiting, and chronic pain.

In addition, cannabis is known for major treatments in chemotherapy and anxiety. It is helpful to cure sleep disorders, post-traumatic stress disorder, poor appetite, Parkinson’s symptoms, and fibromyalgia.

The country’s lawmakers are looking into the benefits of marijuana. Therefore, Congress is working on legalization.

FAQs Related To legality Of Weed In Mexico

Which country has legalized marijuana?

Many countries, including Canada, Georgia, Malta, Thailand, South Africa, and Uruguay, have legalized the recreational usage of marijuana. Moreover, 19 states, 2 territories, and the District of Columbia have passed legalization bills in the United States. In addition, Australian Capital Territory in Australia has also allowed the consumption of marijuana.

Does Mexico allow the recreational use of weed?

Yes, weed consumption for recreational and medical uses is allowed in Mexico. You can carry 5 grams of weed legally. However, any amount above this can lead to jail time and fines.

Does the Mexican government allow registered trademarks for weed?

Concluding On Cannabis In Mexico

Weed is legal in Mexico due to considerable effort by the government. The region has a rich history of cannabis use. In the late 19th century, weed was famous for ritual and divine purposes. Then people started taking it for recreational purposes.

Furthermore, at the beginning of the 20th century, military hospitals in Mexico banned weed as it led to violence, crimes, and drama. In 1930, it was completely banned. But the early 21st century led to the legalization of medical marijuana because of its health benefits.

Moreover, the supreme court rulings have made possession of up to 5 grams of marijuana legal. Anything above this amount can land you in jail or subject to hefty fines.

However, the federal government is still working on creating specific laws for weed sale, purcha 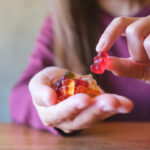 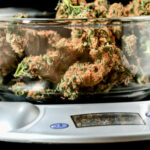 What Is A Quarter Of Weed? How Much Does A Quarter, Ounce & More Weigh? 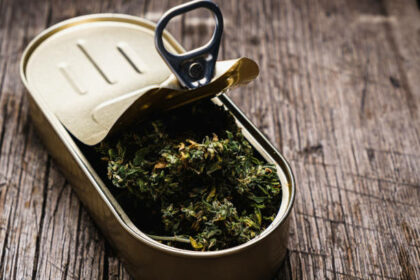 Best Cannabis Storage FAQs Conclusion Did you know that your weed loses potency when exposed to direct sunlight, high temperatures,… 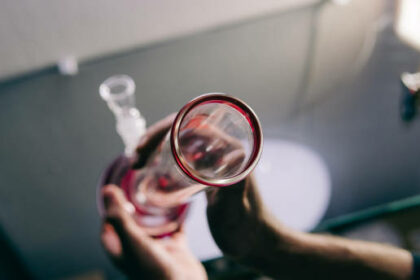 5 Best Bubblers In 2023 To Experience A Smother Smoke

Best Bubblers For Smoother Smoke FAQs Conclusion Let's just clear up something. If you hear someone telling you to pass… 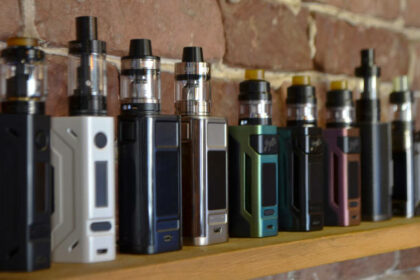 Best Online Vape Stores FAQs Conclusion Vaping is popular among young people. Due to this growing popularity, there is a…