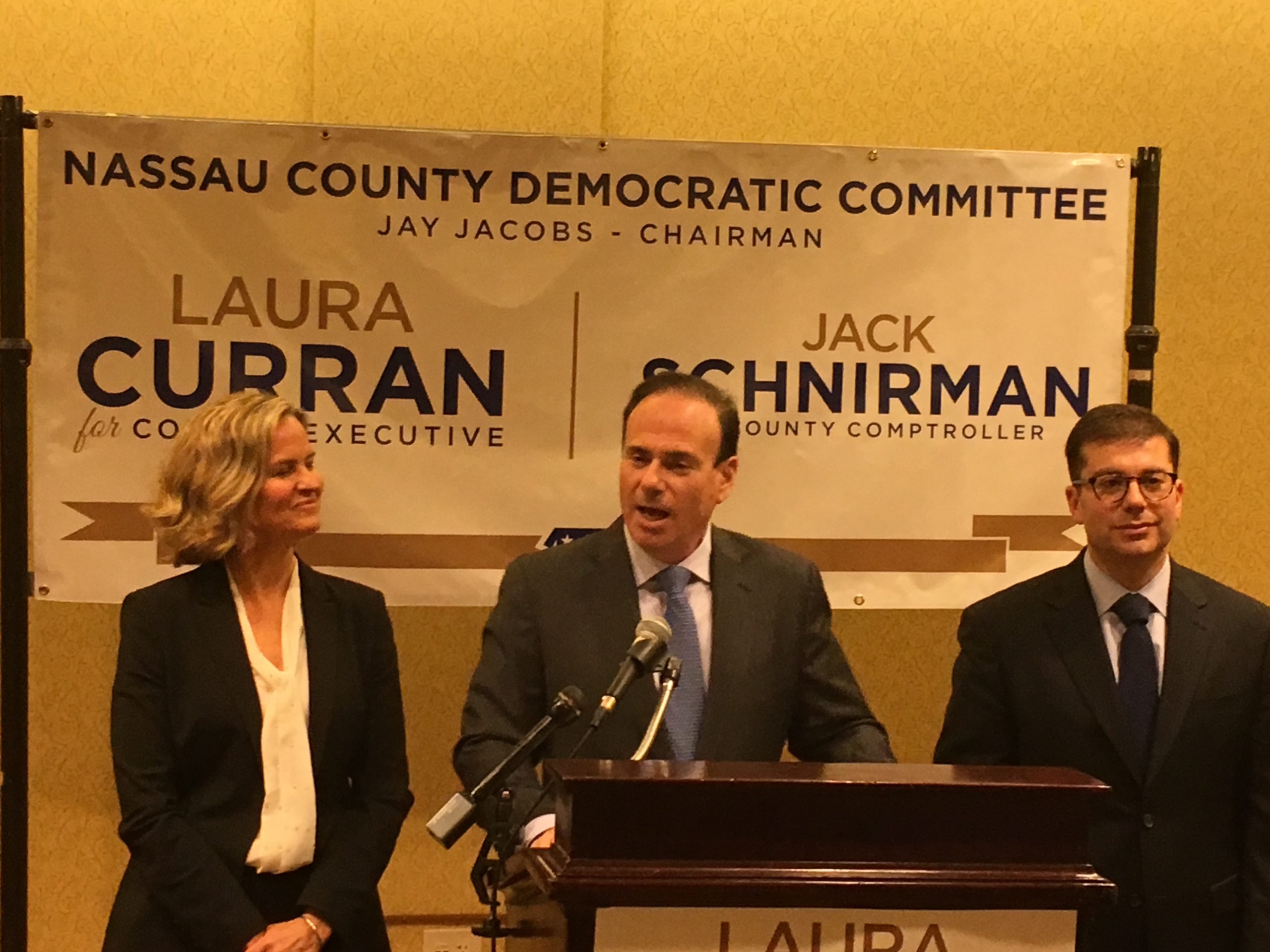 Nassau County’s Democratic Chairman Jay Jacobs on Monday issued his strongest repudiation yet of George Maragos’ campaign for county executive, continuing his feud with one of his party’s newest members.

In a nearly 1,000-word email sent to party members and reporters, Jacobs called Maragos, the sitting county comptroller, “manipulative” and “duplicitous,” and rejected his argument that Nassau’s Democratic Party had been ignored the concerns of people of color.

Jacobs also charged that Maragos “morphed opportunistically” into a Democrat when he left the Republican Party in September and has not actually changed his conservative positions on issues such as abortion rights, same-sex marriage and climate change.

“‘Evolution’ is a political term that some, I guess, can fairly use,” Jacobs wrote. “But I think of his as more akin to man’s evolution from Neanderthals — which, by the way, took a heck of a lot more time and likely had the hand of God in it.”

In a statement Monday afternoon, Maragos called for Jacobs’ resignation, calling the letter “misleading” and standing by his claims that the Democratic leadership is out of touch with racial minority communities.

“Mr. Jacobs, in his letter, betrays the heart and soul of the Democratic value of inclusiveness by turning his back on someone like me who as an immigrant is more aligned with the base of the Democratic Party that he seems to have forgotten,” Maragos said in the statement.

Maragos has cast himself as an outsider, Jacobs a corrupt “party boss” and Curran as his “puppet,” while courting racial minority groups he says establishment Democrats have neglected.

In an interview, Jacobs said he does not consider Maragos a political threat, but was moved to respond after hearing his criticisms in person at a candidates forum in Mineola last week, where Maragos also said he did not vote in the 2016 presidential election.

“I let him talk, I let him mouth off, but there comes a time where, ‘Okay Maragos, your 15 minutes is up and it’s time to have a little bit of the truth out here,” Jacobs said.

Jacobs also charged that Maragos has done little as comptroller to serve people of color and stayed silent when county funding for social services. But Maragos has touted his efforts to give more county contracts to women- and minority-owned businesses.

Jacobs joined Maragos at a September press conference where he announced he was changing parties and running for county executive. But Jacobs said in his letter that he had only agreed to be involved in announcing Maragos’ party switch and had no idea he was launching his campaign the same day.

Maragos, though, said he fully briefed Jacobs on what the press conference would cover and said publicly that he had not asked for Jacobs’ endorsement.

While Maragos previously opposed legal abortion and same-sex marriage and questioned climate change, his views now “align with those of the Democratic Party,” he said in an emailed response to questions.

Maragos also pointed to Democrat Wayne Hall’s loss last month to Republican Don Ryan in the Village of Hempstead mayoral race. Hall had been mayor for 12 years in Hempstead, where people of color comprise about 80 percent of the population.

“I am the only candidate who does not answer to either party boss and is beholden to only the people of Nassau County,” Maragos said in an email. “Democratic values means fighting for the working class and making sure all residents of Nassau County have equal opportunity to achieve success.”

Republicans have not yet named a candidate for county executive with five months to go before the Democratic primary in September. Edward Mangano, the current Republican county executive who is facing federal corruption charges, has not said whether he will seek a third term.