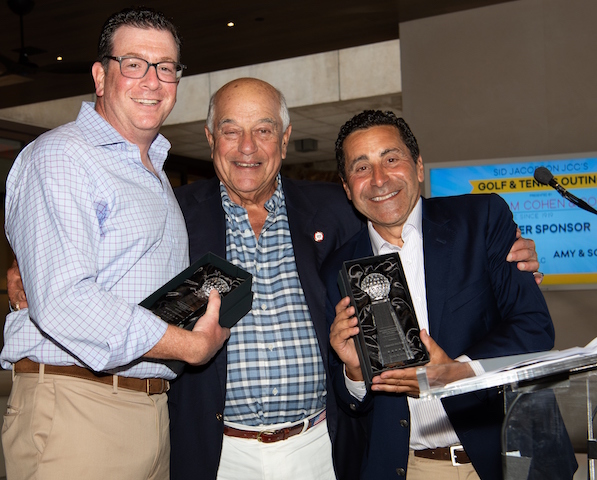 Beautiful weather, golf, tennis, cocktails and dinner along with the generosity of so many in the community, allowed Sid Jacobson JCC to raise significant funds for their social service programs.

The populations who will benefit from these programs include those living with cancer through all stages of treatment; children, teens and adults with special needs; and young adults to seniors with Alzheimer’s disease, dementia, Parkinson’s, or other degenerative illnesses.

The event, held on Monday, July 30 at Glen Oaks Club in Old Westbury, recognized honorees and Merrill Lynch colleagues, I David Pelton and Brett Goldberg. Both of these philanthropic award recipients are both residents of Roslyn.

Pelton, a board member at Old Westbury Hebrew Congregation, devotes much of his time to Jewish causes. He is also a member of the UJA-Federation’s New Leadership Campaign Cabinet, a member of the UJA-Federation’s Long Island Council, a committee member of the Long Island Lay Advisory Council, and a Business Leader Forum Executive committee member. A senior vice president and financial advisor, David and his wife Donna reside in Roslyn Estates and have three children — Bari, Brett and Lindsay.

Goldberg, his wife Molly, and children Caroline and Sam, are also very active in the community and are continued supporters of Sid Jacobson. They have participated in a range of the JCC’s programs and in following the “pay it forward” philosophy, continue to be involved with several fundraising events to raise much-needed funds for the JCC’s social services programs.

The event was presented by Hiram Cohen & Son, a Williston Park-based insurance agency serving Long Island since 1919. This year’s Golf-Co-Chairs were Erik Gershwind and Martin Rosenman. Andrew Sandler was the Tennis Chair. 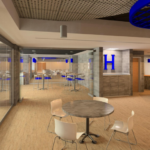