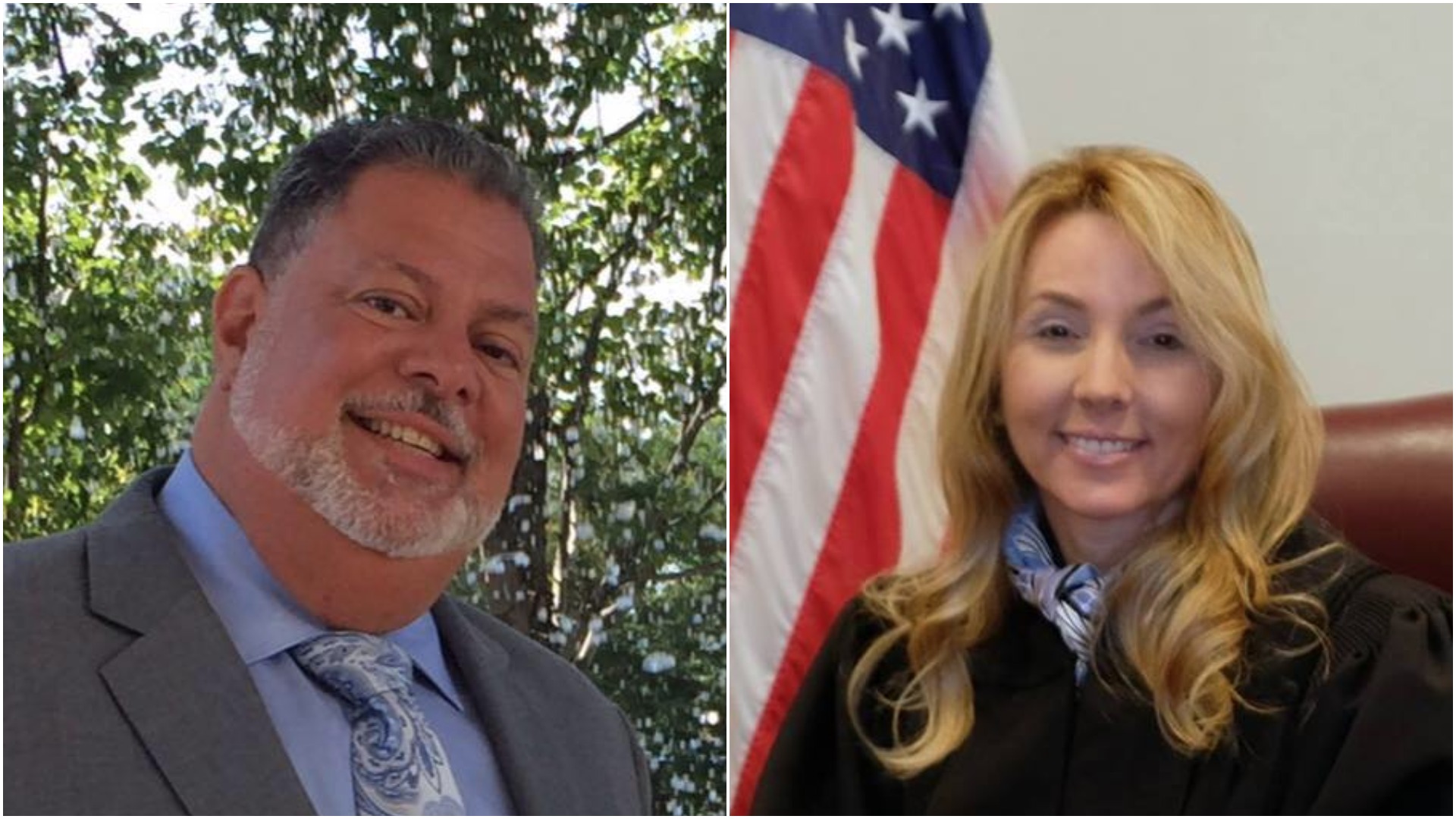 After write-in votes unexpectedly unseated three Old Westbury trustees in 2015, the village justice is hoping such votes will save her seat next week.

Albert Khafif, a village Board of Zoning Appeals member and a retired attorney, will be the only candidate for the job on the ballot on Tuesday.

A judge removed the current justice, Susan Schmidt-Chorost, from the ballot last month, agreeing with Khafif that her candidacy under the “Old Westbury Independent Party” used a party name too similar to the Independence Party, a major political party.

Schmidt-Chorost is seeking enough write-in votes to hold her job for a full four-year term. The village Board of Trustees appointed her in December after former Justice Edward Joachim died.

“It’s been a wonderful experience and I’ve been honored to serve, and I hope I can continue to serve the village,” Schmidt-Chorost said in an interview this week.

The two candidates have traded jabs on social media in recent weeks. Schmidt-Chorost has circulated a letter from all four village trustees and Mayor Fred Carillo endorsing her and a postcard with instructions on how to write her name in, she said.

Khafif argues that Schmidt-Chorost’s failure to follow a basic election law proves she is unqualified for the village bench. He has also charged that the village appointed her in a clandestine process and has tried to keep the contested election quiet.

“You’d be amazed how many people I’ve spoken to that are surprised there’s an election,” Khafif said in an interview this week. “That’s the most troubling part.”

Khafif said he is drawing support from people dissatisfied with how the village runs. He touted his 22 years of courtroom experience and has pledged not to take any pay or health benefits as village justice.

Village trustees have said they picked Schmidt-Chorost, the daughter of Judge Robert W. Schmidt, a former state Appellate Division justice, after interviewing two candidates in December. They have not named the other candidate.

Since taking the bench, Schmidt-Chorost, an attorney who practices out of her home, says she has reduced a two-year case backlog that accumulated while Joachim was sick. She hears about 200 cases in the court each month, she said.

“Additionally I have an excellent working rapport with our village police and administration so I can serve more efficiently. I am unanimously endorsed by the mayor and the trustees,” Schmidt-Chorost said.

Village trustees have raised concerns about Khafif’s legal background, particularly a $500 fine in a 2005 civil case he argued in which a Rockland County judge said he was “misleading” the court. He has also sued the East Williston school district.

Khafif defended the sanction as a tactical move on his client’s behalf. He said the East Williston case is sealed and declined to discuss it.

To Khafif, Schmidt-Chorost’s legal experience should be what’s in question, especially since village trustees did not cite it in their letter endorsing her.

Brian Ridgway, the Old Westbury village administrator, said the village followed all applicable state laws in advertising the election. Officials also sent a postcard to all residents reminding them of next week’s vote without mentioning either candidate.

Ridgway, who was hired last year from the Village of Garden City, said he’s never seen a contested write-in campaign before.

“My hope is for a smooth election process,” he said.

Polls will be open on Tuesday from noon to 9 p.m. at the Village Hall, located at 1 Store Road in Old Westbury.