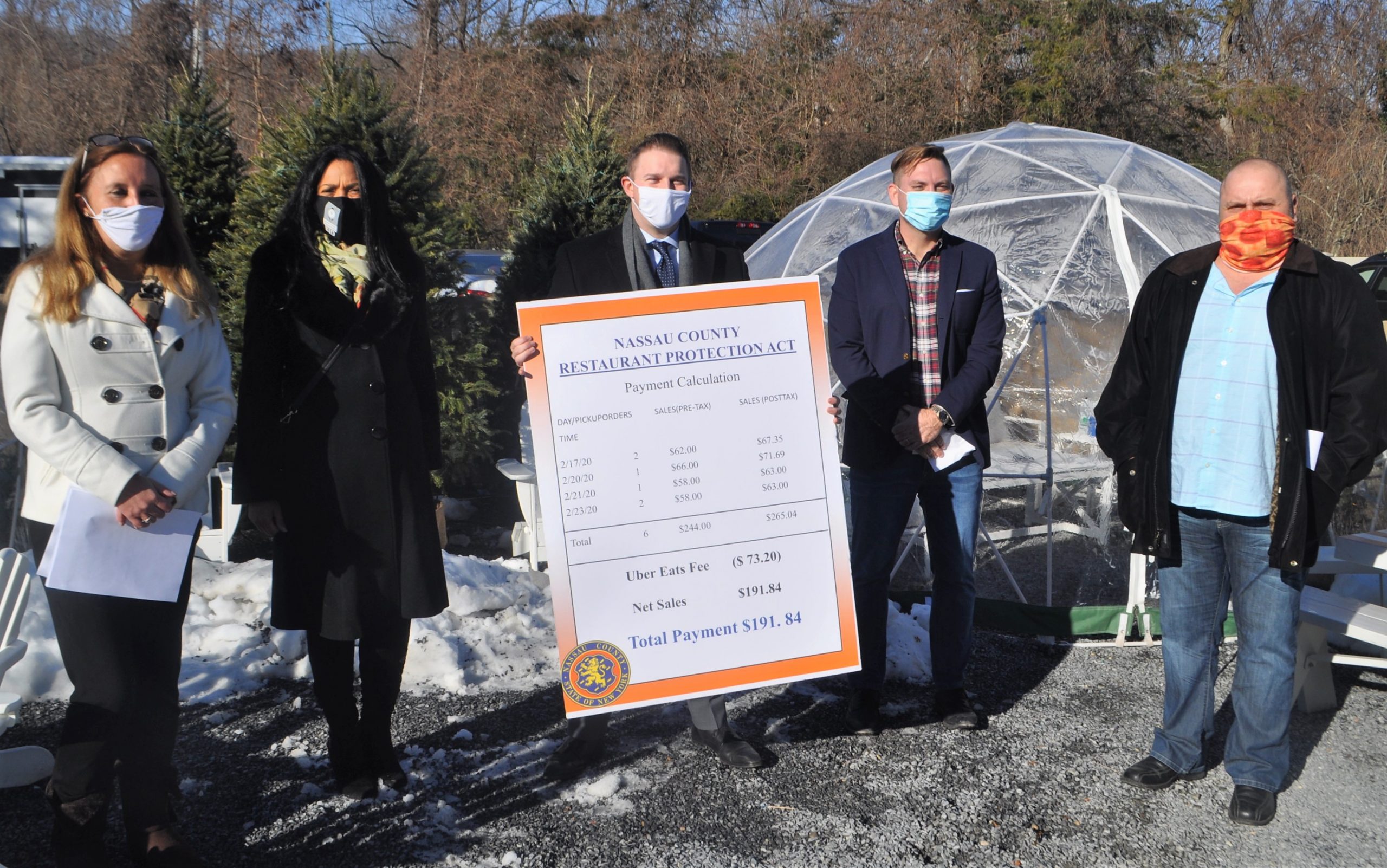 Lafazan unveiled the legislation during a press conference outside Oyster Bay’s Coach Meeting House on Wednesday, Dec. 23, where he was joined by Nassau County Legislator Delia DeRiggi-Whitton (D-Glen Cove), a supporting co-sponsor of the measure; Coach meeting House owner Rustan Lundstrum; and John Zozzaro, owner of the Downtown Café in Glen Cove.

The legislator began by noting that Americans were ordering take-out more than ever before, and said that the delivery service apps UberEats, DoorDash and Postmates accounted for 81 percent of the market share. With the COVID-19 pandemic continuing and some “public anxiety” concerning in-person dining, he said, it made “perfect sense that cooking at home and ordering delivery are more popular than ever.”

But, he said, the apps and food delivery services often charged high fees for restaurants to use them.

“As it currently stands, in order to make food deliveries, third-party apps like Uber Eats and DoorDash charge restaurants a percentage fee per order, and this fee can be as high as thirty percent,” Lafazan said.

He showed an Uber Eats bill from an unnamed restaurant in his district, which was shown to sell $244 worth of meals on Uber Eats in a week. However, Uber Eats took 30 percent of the restaurant’s pre-tax sales, or $73.20, leaving the restaurant with just $191.84.

“At that rate, many restaurants don’t make any money on the order. Worse yet, they can actually lose money,” Lafazan said. “In the middle of a global pandemic, this places restaurants in a vicious Catch-22.”

Legislator Lafazan’s proposal would prohibit third-party food delivery services, such as DoorDash, Uber Eats, and Postmates, from charging a delivery fee greater than 15 percent of the purchase price of each online order, and cap other additional fees at five percent of the order price.

The cap, which is modeled after actions taken in jurisdictions such as Chicago, San Francisco, Seattle, Boston, New York City, and Washington, D.C., would be activated upon the declaration of a state of emergency and simultaneous restrictions that curtail indoor dining in Nassau County. Provisions of the law would apply until Dec. 31, 2022, and thereafter, the cap would be re-activated upon the declaration of an emergency and imposition of indoor dining restrictions, and last for 90 days after such emergency order expires and the restrictions are lifted.

“And as Long Island restaurants continue their struggle to keep their doors open, immediate aid is necessary,” Lafazan said. “That is why I am urging my colleagues to pass this bill unanimously in January.” 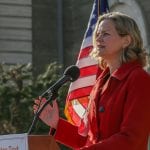 How Safe Is It Actually to Play Casino Games Online?