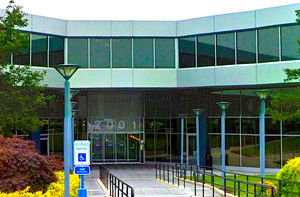 MedMen announced that it agreed to purchase Staten Island-based Bloomfield Industries, which operated the medical marijuana dispensary at 2001 Marcus Ave. in Lake Success.

According to MedMen, the transaction occurred “through a sale of Bloomfield Industries’ capital stock” meaning Bloomfield will remain as the registered organization under New York State public health law.

“New York is critical to our broader strategy,” said Adam Bierman, co-founder and chief executive officer of MedMen. “We are talking about the fourth most populous state in the country and home to one of the largest, most densely populated cities in the world.”

“We have the opportunity to serve roughly a fifth of that market, perhaps more and we are very excited about this opportunity,” Bierman added.

MedMen’s plan includes the creation of a cultivation and production facility in Utica, where Bloomfield will be relocating its manufacturing operations from Long Island City.

Since October, MedMen has been working with Bloomfield to “help streamline operations, improve production capabilities and provide a better overall patient experience,” the firm said in a news release.

Bloomfield was one of five companies approved to open dispensaries under the 2014 Compassionate Care Act, a state law legalizing medical marijuana as of Jan. 5, 2016.

Under the law, New York residents with diseases such as HIV/AIDS, cancer and multiple sclerosis can register with the state health department for a medical marijuana prescription.

“Before committing to New York, we took a long and hard look at Bloomfield’s operations and held numerous consultations with the state’s Department of Health,” Bierman said. “Ultimately, we decided to deploy a tremendous amount of capital and other resources into Bloomfield because we believe wholeheartedly in the future of New York’s medical marijuana program.”