Nassau County Legislator Joshua Lafazan (D-Woodbury) stood with faith leaders from around the county to announce a bill adding Lunar New Year, Eid al-Adha, and Diwali to the Compensated Holidays for Nassau County Officers and Employees.

“Lunar New Year, Eid al-Adha, and Diwali are celebrated by thousands of our fellow Nassau residents,” said Legislator Lafazan. “Adding them to the list of recognized holidays demonstrates our commitment to understanding and promoting the wonderful diversity of Nassau County and the respect owed to our neighbors who celebrate these joyous occasions. I look forward to seeing them added to the official calendar so that those who take part in them will be able to do so freely and without missing any important work obligations.”

“I believe that we should be inclusive of all different faith groups and allow individuals to celebrate their religious holiday with their family and loved ones! I support Josh in this initiative and hope the legislation passes for all the constituents of Nassau County,” said Wazma Wadak Hassan, Afghan Americans of NY, Nassau County Asian American Advisory Council.

“With a rising 80,000 American Muslims in our demographic area of Long Island, it’s a natural evolution and organic evolution to adopt this Eid holiday,” said Sayyeda Mirza, Co-Founder of the Eid Holiday Coalition Advisory Board.

“It’s about time because it is important to celebrate the Asian festivals as today we are here for Eid, Diwali, and Lunar holiday and Josh is the person who made it possible in Syosset. He was the first one at the school district and I am lucky to be his constituent,” said Jasbir ‘Jay’ Singh, Long Island Diversity Council.

Lunar New Year, observed by millions of Chinese Americans, begins on Tuesday, February 1st. Eid al-Adha is celebrated by Muslims all over the world as a major holiday, marking the end of the annual pilgrimage to Mecca. Diwali, the Hindu festival of lights, is usually celebrated in late October or early November. Currently, a handful of school districts throughout the county already celebrate Lunar New Year and Diwali.

Lafazan proposed adding these holidays to the list for county employees to increase awareness and respect for the  Lunar New Year, Eid al-Adha, and Diwali across Nassau County. Legislator Lafazan enacted similar legislation on the Syosset School board for Lunar New Year, Eid al-Adha, and Diwali and would like to do the same and increase the number of compensated holidays on the county level. 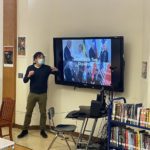 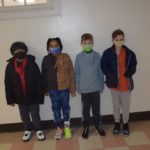