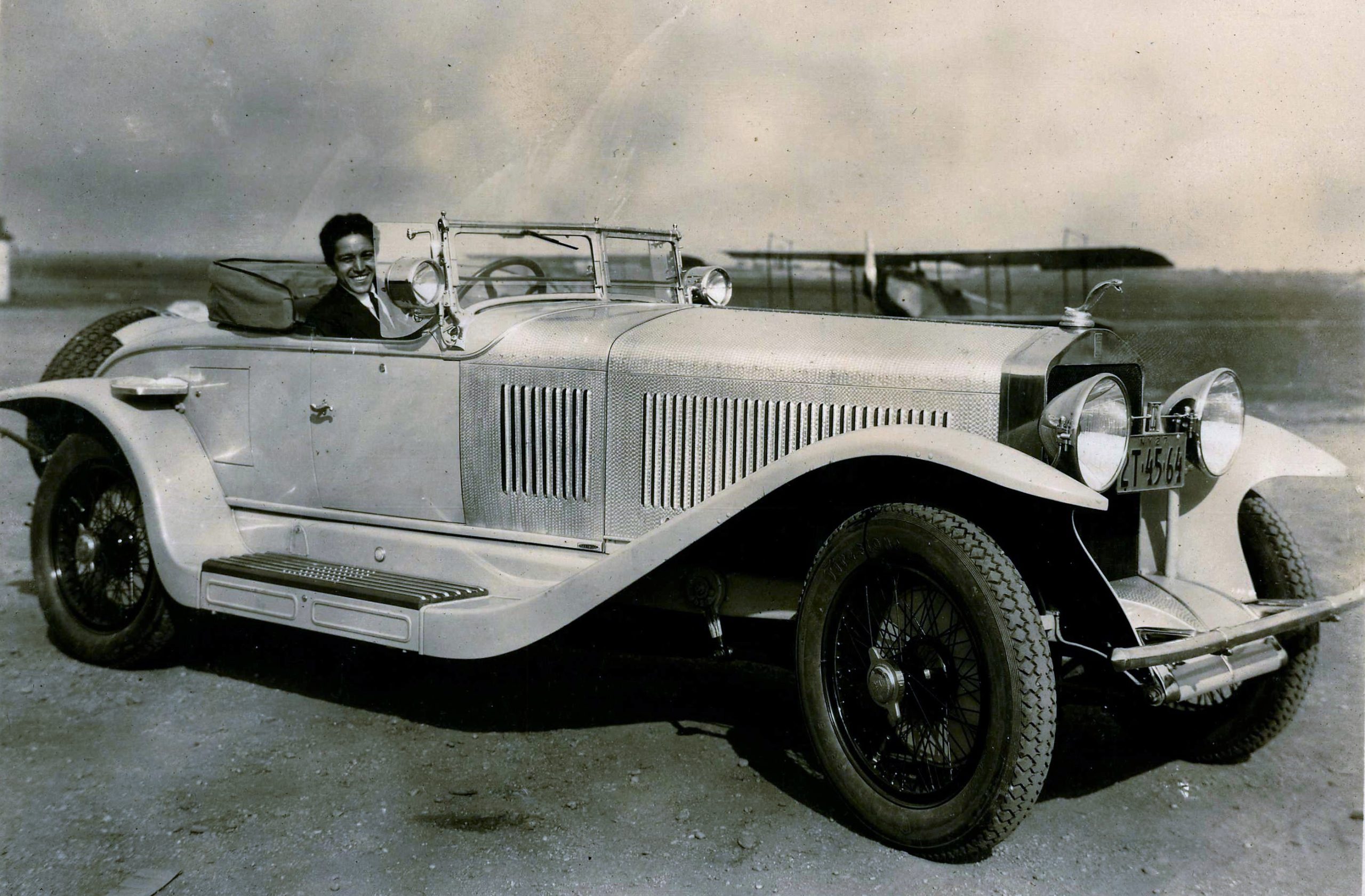 Joseph Gaeta at the wheel of his 1927 Isotta Fraschini

Joseph J. Gaeta lived in Manorhaven for more than 50 years until his death in 1987. He was a good-looking guy, and when he got behind the wheel of his 1927 Isotta Fraschini, could be mistaken for a movie star.

Indeed, Hollywood celebrities have always associated themselves with exotic cars. Gloria Swanson, playing the part of a forgotten silent film star in “Sunset Boulevard,” put it this way: “…we have a car. Not one of those cheap things made of chromium and spit, but an Isotta Fraschini. Have you ever heard of Isotta Fraschini? All hand-made. It cost me $28,000.”

The mystery is how did Joey Gaeta, who was born into poverty in 1904 in Bari, Italy, immigrated to the U.S. with his mother at the age of 5 to reunite with his father, struggled with English as a second language, didn’t start school until he was 8, left when he was 15, and had to work to help support the family, come into possession of a roadster that was not just another Isotta Fraschini, but one designed by silent film star Rudolph Valentino?

For one thing, he had a special kind of intelligence. Remember how Michael Jordan could visualize a path down a basketball court, in and around arms and legs of defenders, and through the air to the basket? That was Joey looking at an engine.

With the automobile industry booming, his mechanical skills served him well, and by 1926 he was working in New York City as a partner with Ray Gilhooley, the famous Indianapolis Raceway speedster, at Ugo D’Annunzio’s Foreign Motors, a high-class importer of luxury cars.

Rudolph Valentino bought new cars every year or so and was a regular customer at Foreign Motors. Especially fond of Isotta Fraschinis from his home country of Italy, he was waiting for one he had designed for his own personal use to be delivered in New York. Two months before it arrived, Valentino died unexpectedly at the peak of his popularity.

Smithsonian magazine reported that “on the news of his death, more than 100,000 people gathered on the streets in chaos outside the Campbell Funeral Home. Flappers tore at their own clothes, clutched at their chests and collapsed in the heat.”

D’Annunzio wasted no time putting the roadster on display at the Hotel Commodore on 42nd Street. He speculated that he could have made a fortune if he had chopped it into pieces and sold them as keepsakes to the throngs of broken-hearted women who came to pay homage to their hero.

The New York Times described the classic roadster this way: “The front fenders sweep in harmony with the damaskeen aluminum motor hood and cowl. The appearance created is somewhat that of a great snake skin, which is enhanced by the radiator emblem, a big silver cobra. The color scheme is in gray and the upholstery is red morocco.”

The dust had settled by the following year when yet another “Valentino” car was delivered to Foreign Motors. A client in California had ordered a duplicate model, complete with the iconic cobra (a reference to Valentino’s role in the smash hit “The Sheik”) on the hood. Joey and George Ortlieb, a photographer, set out on a cross-country trip to deliver the copycat car.
Cross-county road trips have always been a quintessentially American experience. In the ’20s, before the interstate highway system was in place, navigating a long trip was a challenge in itself. Before there were atlases and maps, the guide of choice was The Official Automobile Blue Book. It was a dense text in four elegantly bound volumes with detailed step-by-step instructions for hundreds of routes, tourist tips, and historical background.
The trip was fairly uneventful until they arrived in St. Louis. Parked in front of the Hotel Statler, they were surrounded by a crowd that mistook them for Charles Lindbergh coming back to town after his historic flight to Europe. Such is the mystique of classic cars.
On the open highway, the Isotta could hit 90 MPH. It was as good as any car on the road, but was not designed to run on the kind of roads and extreme weather that lay ahead west of the Mississippi. It came with two spare tires, the first of which Joey changed in Fulton, Mo.
The Blue Book introduces a 103-mile stretch approaching Holbrook, Ariz., as “gravelly dirt and sand, with some gravel. A section of the National Old Trails Road following the general course of the Santa Fe RR, the route winds between two ranges of low rolling hills to Lupton and emerges onto vast open prairies, and passes Painted Desert. Designated as U.S. Highway 66.”
On the way to Holbrook, they watched a flood wash away a bridge just in front of them. They joined a caravan with a dozen other stranded vehicles on a 35-mile trek across fields and farms that took three days – and was sufficiently treacherous to make them long for the “gravelly dirt” back on Route 66.
Nor was the roadster made to withstand extreme heat. In the Mohave desert, the radiator burned out, and by then they were out of cash, and had to barter a phonograph they had with them to have it repaired.
Finally, after arriving in California, the client had a change of heart and wanted to return it! Joey, on the other hand, had fallen in love with the Isotta and willingly drove it back to New York. When the stock market crashed in 1929, Foreign Motors went out of business and Joey was able to take possession of his favorite car.
Busy making a living as an airplane pilot and raising a family, he finally got time to take the Isotta out of storage from his garage at his home on Oldwood Lane shortly after WWII. He took it apart, put it back together, and had it running and looking like new.
Joey could be seen driving around town or occasionally commuting to work at Grumman in Bethpage. He entered it in some in car shows and won a few prizes. It was last seen at the Lions Field car show in 1968. Its whereabouts today is unknown.
I am grateful to his daughter, Grace Nunn, for her help preparing this article. She has donated her father’s photographs documenting his cross-country trip, newspaper clippings, brochures, and some rare automobile books, including the 1927 Official Automobile Blue Book, to the Cow Neck Historical Society. They will be on display this Sunday afternoon at our Cow Neck Classic Car Show.
Joey was still a young man of 25 when he acquired the “Valentino” roadster. There’s more to tell about what the future held in store for him. Stay tuned.
Ross Lumpkin is a trustee at the Cow Neck Peninsula Historical Society, www.cowneck.org. 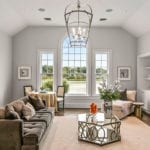 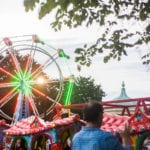