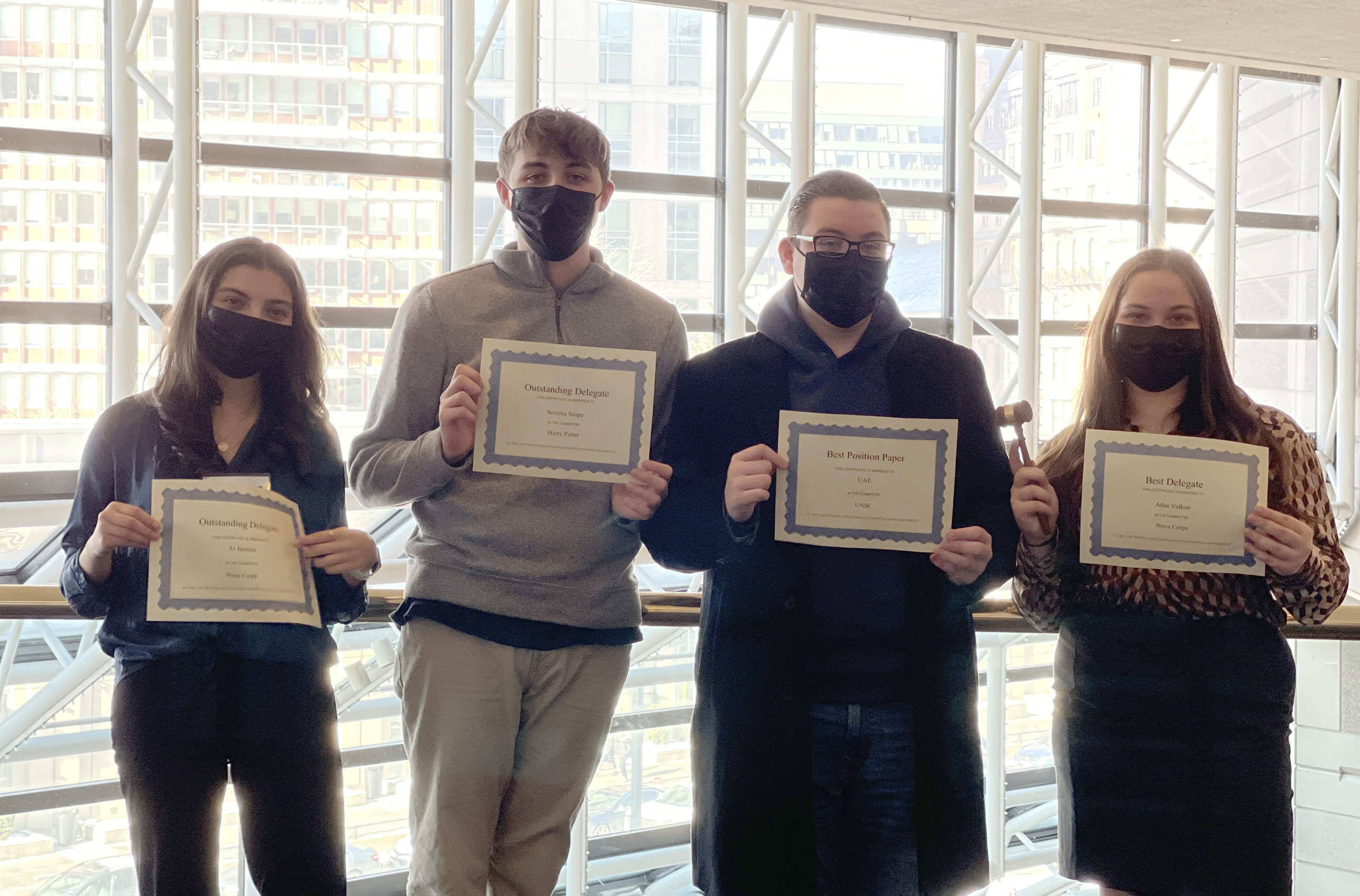 For those who are unaware, “MUN” stands for Model United Nations, a group of students who collectively perform mock sessions replicating the real United Nations. Here, they have the advantageous opportunity to learn and perfect their public speaking, writing and networking skills, all while tackling the prevalent issues facing the world today.

The four students have been active members for most of their high school careers, and combined, have 14 wins as a group. They are all incredibly passionate and driven, and love competing and debating in national events.

rouble arose about a month prior to their most important conference, a consequence of Boston University’s COVID regulations. This conference is something the kids look forward to all year, and were devastated when told they couldn’t attend.

The school’s team was withdrawn from the competition a month prior due to logistical and COVID issues between attendees from three of the district’s schools. Weeks of planning and preparation all seemed to go down the drain from one single email.

Or so it seemed! Of the 12 kids from Floral Park that were withdrawn, four were determined to attend despite the current obstacles. Emerson, who decided to spearhead the movement, organized and established the group, operating independently from the school.

Rebranding themselves as the “MUN Depot,” a play on the name of the popular chain “Home Depot.”, they were determined to start from scratch, rebuilding the trip they had meticulously planned for.

We were suddenly back on track, only now they needed to work twice as hard. With less than a month left till the competition and even less time to finish registration, the team and their chaperone, Kristine Thomas- all worked tirelessly to organize and establish a successful team!

Their teacher, Mrs. Deborah Francis, showed nothing but kindness and support throughout the whole process. When asked, she stated “I wish you the best of luck! I am very proud of the four of you for taking the initiative to follow your passion and compete.”

She has repeatedly assisted the kids in preparation and educated them on the ins and outs of competition, first beginning in middle school! She’s trained the kids, and countless others, to be masters in professional debate, writing and public speaking.

When speaking to the students, Emerson Lucatorto had this to say, “It really was worth it for us. We just love competing so much, and we’re so happy that all of us were able to take home a win! We’ve never been this successful and we think that this situation pushed us harder than ever.” Another student, Dylan Cummings, said “Our passion and dedication for competition was enough to inspire us to defy the limitations placed on our group, inevitably leading us to take home the win!”

After more than 48 hours of networking, preparing and debating this weekend, every single competing delegate from MUN Depot was recognized and rewarded for their work.

Dylan Cummings won the award for an exceptional position paper, Tulah Chatterton and John DiMeo were rewarded with the Outstanding Delegate Award and Emerson Lucatorto received the Best Delegate award, the highest-ranking honor that can be awarded to a delegate. We are so proud of our delegates, and applaud the dedication and triumph they experienced to get to where they are today.

From the Desk of Richard Nicolello: Hidden provision in New York State budget would override local zoning and destroy L.I. suburbs
Next Article 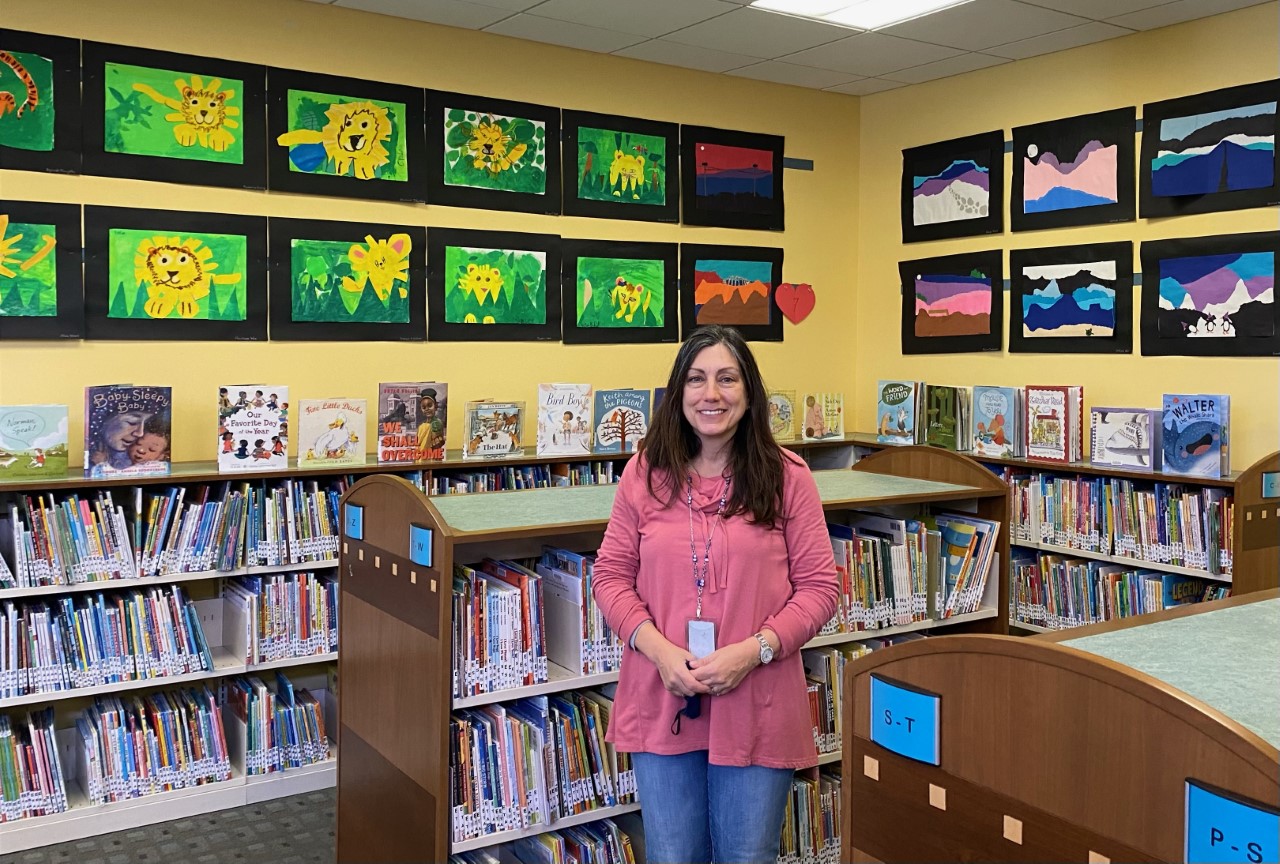 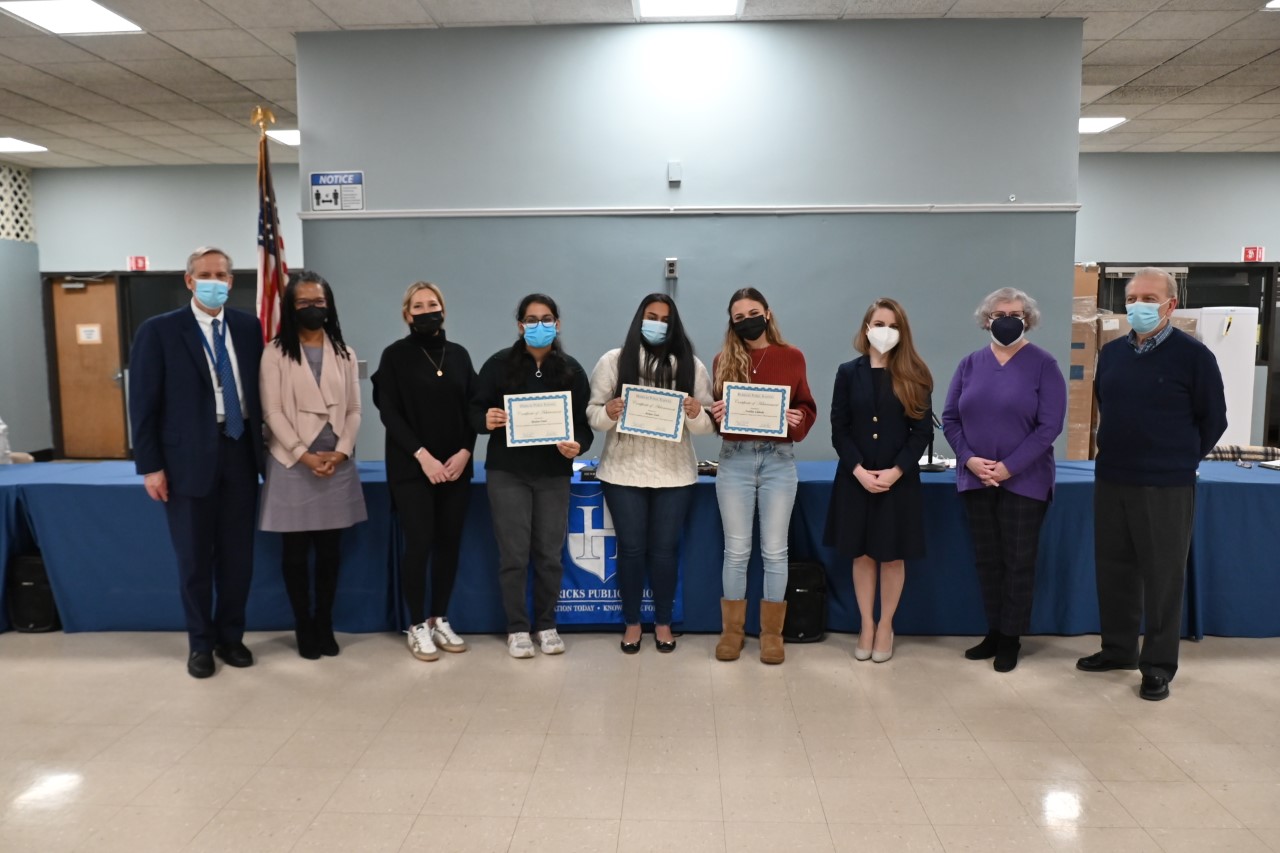 Herricks High School seniors Caitlin Chheda, Aanya Goel and Roshni Patel were recognized at the Feb. 3 board of education…