Janet Gay Hawkins, a longtime Manhasset area resident and active member of the surrounding community, has died. She was 93.

Hawkins, who died on March 27, was living at the Peconic Landing Retirement Community at the time.

She was born June 5, 1926 in Mineola, the youngest child of parents William and Helen (Remsen) Gay. Hawkins was raised in Munsey Park and graduated from Manhasset High School in 1944, where she was active in the school’s archery program. She then went on to Colby College, graduating in 1948.

In 1952, she married Harman Hawkins at the Community Reformed Church in Manhasset. They lived in Plandome for 32 years, where they raised their two sons.

While living in Plandome, Hawkins was an accomplished member of the Junior League of the North Shore, serving as treasurer and member of the Sustainer Committee. She was also a Manhasset Bay Yacht Club member.

Upon their retirement, the Hawkins moved to Shelter Island, where she served on Mashomack Preserve Board of Trustees for six years and organized the preserve’s annual benefit gathering for many years.

Hawkins is survived by her sons, Christopher of Randolph, N.H., Jonathan (Brenda) of Jamestown, R.I.; her grandchildren Jackson, Rebecca, Matthew, Jeremiah; and four great-grandchildren. She was predeceased by her husband in 2002.

Due to the threat posed by the COVID-19 pandemic, the family says there will be no celebration at this time. There will be a gathering of family and friends at a later date to celebrate a life well-lived. 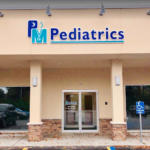 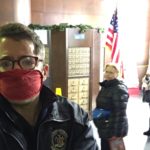 D’Arrigo files legal challenges against herself and Weinstock campaign