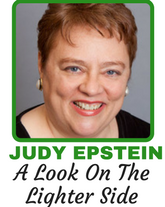 It happened at the worst possible time — a new friend’s book group.

I had no idea what I thought.  I had barely gotten through the first thirty pages.

“Let me see,” I murmured, reaching for her copy, to sneak a peek at the ending.“Ah, yes.  Well, I thought it was very well done.”  That would have to do.  If I uttered a criticism, someone might ask for my reasons, and I would have none!

When will I learn?  Friends keep inviting me to book groups, but I turn them down:  “I have something already that night,” I say, or “I’m just so busy,” or even “I didn’t like that book.”  They’re all lies, made up because I’m more ashamed of the real reason:  I am a slow reader. And I’m tired of trying to hide it.

Even without a book group, I sometimes cheat and skip to the end.

“You just couldn’t wait, could you?”  That was my husband, about something else I was reading.   “You skipped ahead to find out the killer?”

“These authors take so darned long to get to the point!  But how would you know if I’ve cheated?”

“Because I left you a note between some pages, before the end…and you never found it!”

“I don’t think so…because I ended up with the chocolate bar all to myself.”

“Darn!  How many other books did you leave notes in?” I eyed the sizable stack of un-read books near my bed.

“I hate this! I can’t help my reading speed! It reminds me of college!”

“Really?  What happened in college?”

“Give me that chocolate bar and I’ll tell you.”

He broke me off a piece.

“It’s just that every professor piled on the work as if they were your only class. There was no way to read it all!  You just had to learn to peek at the end, and write your paper, and hope you’d  guessed right about everything in the middle.”

“Not in French class!”  I gave a little shudder.  “Somehow, I ended up in way too advanced a class, in French Lit.  We were reading ‘Remembrance of Things Past,’ by Marcel Proust (in French, of course).  So when we each had to report on a chapter, I picked Chapter One.”

“Very clever.  You got it over with.”

“Yes, I thought so …until the final exam  That’s when I realized I was done for.  We had to write a character sketch of someone in the novel; a plot analysis; or a short story of our own, ‘in the style of Proust.’

“And I had read nothing beyond Chapter One!  Plot analysis was out. Likewise a character sketch.; the only “character” I had met, in my chapter, was a piece of cake.”

“You mean, it was easy?” My husband was puzzled.

“No, I mean literally, a little cake!  The Narrator dips it into his tea and triggers a lifetime of flashbacks, forming a whole seven-book saga.. of which I knew nothing.

“Indeed.  That left me writing a short story.  Luckily, I had noticed one thing about Proust —he wrote a lot about water.  So I scribbled a cheery little scene of farm boys playing at a watering hole, and handed it in.

‘When I got the booklet back, it was completely covered in red ink.  The only words I could make out were a sentence in French which meant, ‘See Me.’”

“At first,” said my professor, “I thought perhaps it was your frightful handwriting.  But you have these poor little boys drowning in the river…then laughing and playing…and drowning some more…and then they race each other, drowning all the way across the river, and all the way back.

“Mademoiselle, I am forced to conclude:  (his voice shook with his distress):  You have learned nothing from my class, nothing of Proust, and nothing about French!”

I ended up rewriting that paper three more times for him before he would let me have a passing grade.

I did learn one thing, though:  It would probably have been easier just to read the book.