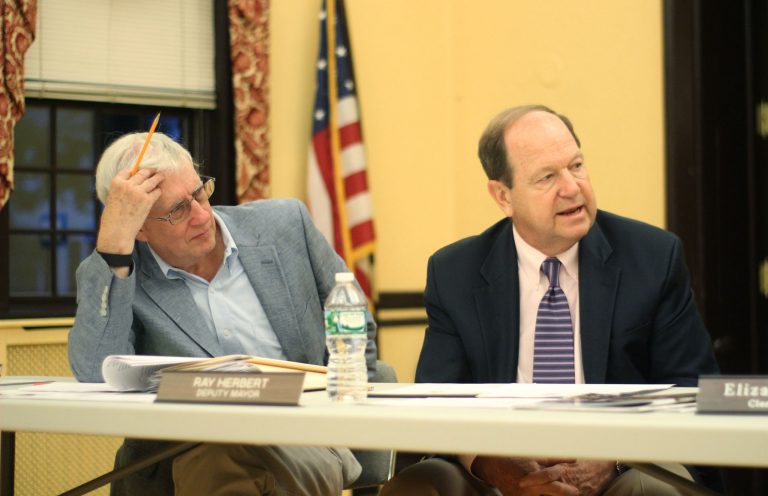 Two major road projects in the Village of Plandome are under way, which include resurfacing and replacement of water mains.

Trustee Andrew Bartels, who oversees public works for the village, said the estimated cost for the repairs will be $1.6 million.

“We did that to comply with health regulations in terms of having sufficient water flow to hydrants for fire suppression,” he said.

The replacements are expected to last 50 to 60 years and account for approximately $600,000 of the total costs, Bartels said.

“The existing water mains we have, many of them date back to the founding of the village, so they’re over 100 years old,” he said.

In addition to the water main installation, the roads will be completely resurfaced, Bartels said.

The funds for the projects come from a 2015 bond issued by the village, allotting $1.9 million for road work and $1.3 million for water mains.

Also, repaving was done on Westgate Boulevard between Plandome Road and Valley Road, and on South Drive up to the Village Hall, Bartels said.

The second phase of repairs is scheduled to begin this summer, and will focus on milling, repaving and installation of curbing where necessary, Bartels said.

“We’re hoping to get done this year,’’ he said. “We’re about a month behind in terms of getting started, but we still hope we can get both of these [projects] done before wintertime.”

The coming projects, accounting for $1 million of the construction budget, will focus on the eastern part of the village, include repaving of Dogwood Lane, Pinewood Road, Rockwood Road West, Peters Lane, Madonia Court and a section of Woodedge Road.