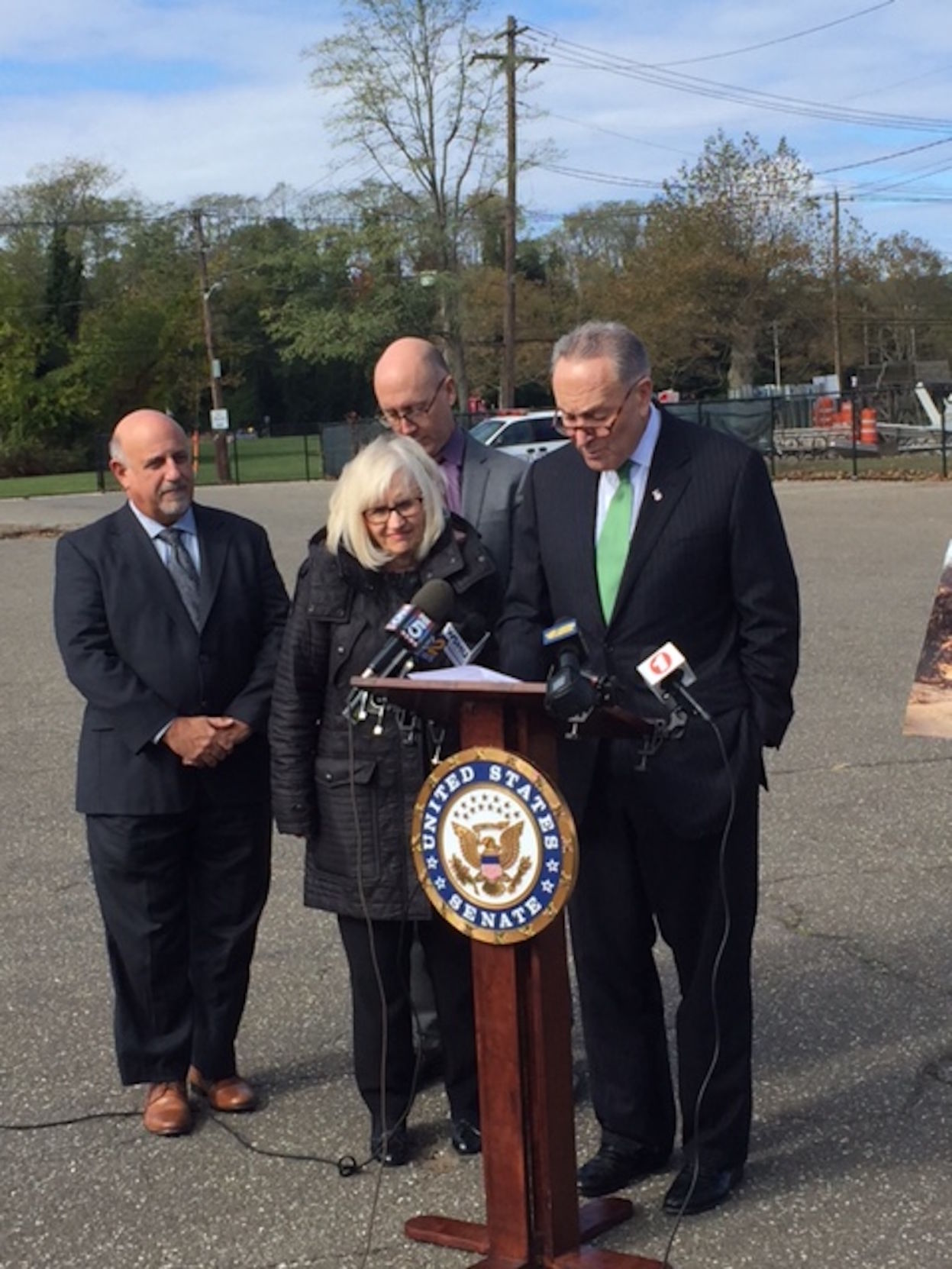 Sen. Charles Schumer urged the Federal Emergency Management Agency on Tuesday not to take back federal funding from the Town of North Hempstead and the Long Beach School District for Superstorm Sandy that was questioned in federal audits.

“I am here today urging FEMA not to approve any claw back,” Schumer said in Port Washington. “You made the mistake FEMA, if it’s a mistake at all, so don’t take it out on the 250,000 residents of North Hempstead and the 33,000 residents of Long Beach.”

A federal audit conducted by the inspector general’s office for the Department of Homeland Security released in September called for the town to give back $9.9 million that was “ineligible, unsupported or unused.”

“Four years after Sandy, victims are worried about being sucker-punched — not by the hurricane, but by the very government agency that was supposed to be there to help them,” Schumer said.

“We followed FEMA procedures and we were careful custodians of the federal relief funds,” Bosworth said. “You can imagine how dismayed we were when we read the office of the inspector general’s audit and we found it as flawed as it was.”

The inspector general’s office said the town expended about $4.9 million on contracts for debris removal that did not meet federal standards, about $3.2 million for costs claimed twice, about $562,000 for “unsupported costs” and about $405,000 for “costs that insurance paid.”

Additionally, the inspector general’s office said that the town spent about $791,000 less than what it received for a project that was completed in October 2013.

Town officials said the $4.9 million in contracts were authorized under state law and approved by FEMA for emergency debris removal projects.

Officials of the town and the state Division of Homeland Security and Emergency Services, which oversees federal assistance grants, said the town had corrected an error in which it made a duplicate $3.2 million payment and the project cost was removed before the funds were released.

The inspector general’s office said the town did not provide documentation supporting $562,387 in expenses by the town’s Solid Waste Management Authority for equipment and administrative costs during debris removal.

Town officials disputed this claim, saying that the town “provided a spreadsheet summary and has records to show GPS location and fuel use by SWMA employees during the emergency clean-up period.”

Schumer and Bosworth said the $4.9 million for debris contracts was approved by FEMA.

FEMA is currently reviewing the audit and is expected to release a response by Oct. 31.

“Most of these dollars were already spent,” Schumer said. “And to make matters worse, they were approved by FEMA. So to now come back years later after they gave it and it was spent makes no sense at all.”

Schumer said the inspector general’s request for repaying money could spread to other municipalities.

“We trust that FEMA will find no money should be recovered based on the report,” Bosworth said.

If it orders the town to give back the money, the town would have 60 days to appeal the decision.