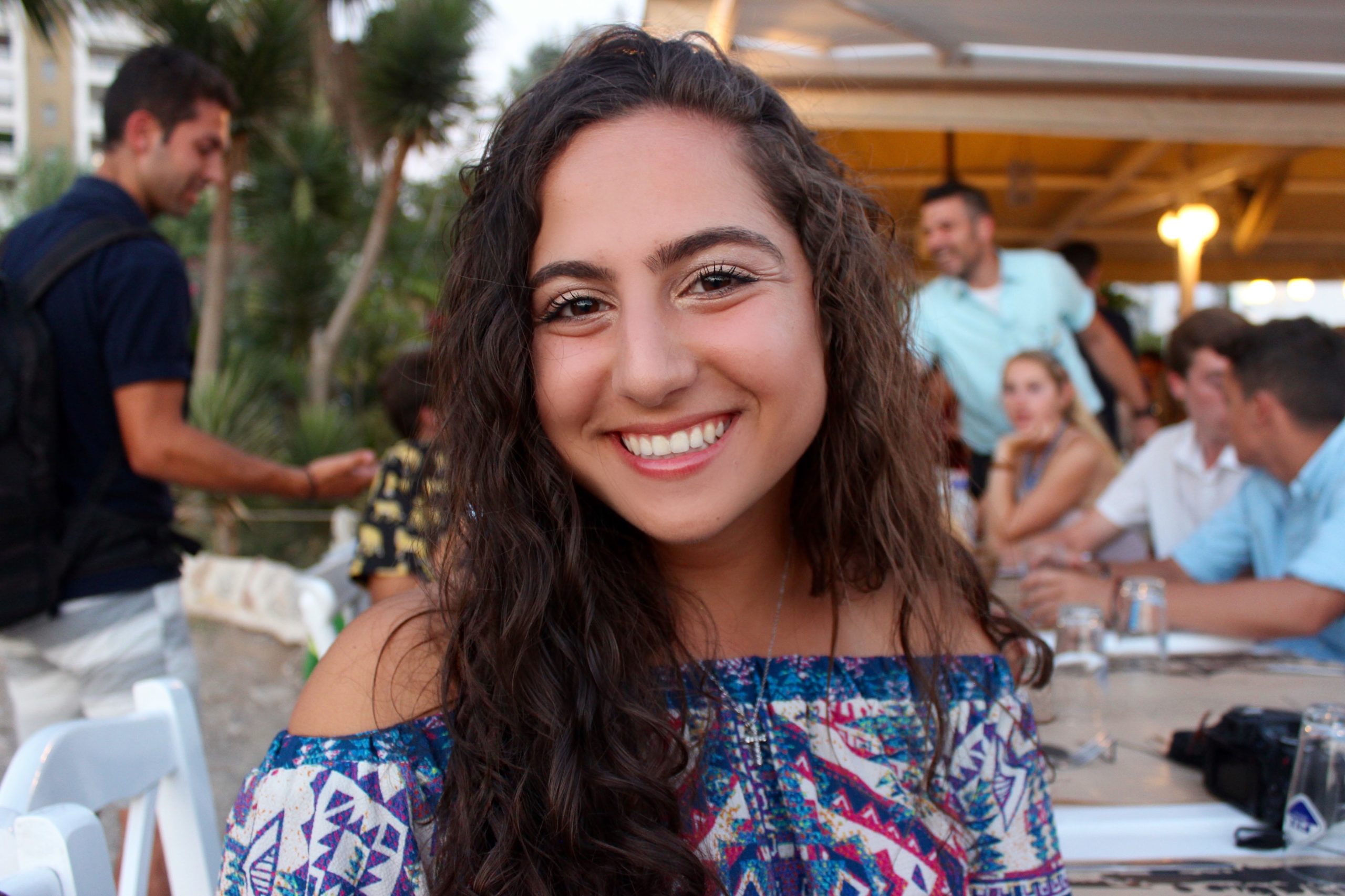 Danielle Rallis, 17, of Manhasset, hopes to pursue the pre-med track after graduating next semester. (Photo courtesy of Danielle Rallis)

Rallis, 17, a Manhasset High School senior, began her time as Student Senate liaison to the Board of Education this semester as another way to help her school.

“I’ve always loved giving back, and doing that behind the scenes I think is even more important because as Student Senate liaison, I can not only communicate with the students but also get the perspective of the board,” Rallis said. “It’s the best of both worlds because I am able to see the perspective of the students but also the realities behind why decisions are made.”

“Usually Student Senate doesn’t do that because we’re more of a political voice for the students, but now I think we want to give back because we’re trying to focus on Hurricane Maria,” Rallis said. “Right now, they’re just devastated. They can’t get anywhere, so we’re trying to give them as much as we can.”

Rallis serves as president of the Manhasset Key Club, the largest international service program for high school students, and is an active member of the school’s Interact Club and Manhasset’s Junior Coalition of the Women’s Coalition against Breast Cancer.

“The Interact Club is more associated with the Manhasset Rotary Club that helps specific children with certain diseases in other countries,” Rallis said. “The Key Club is more focused on things within Manhasset.”

A talented singer, Rallis often performs with one of the many groups she belongs to, such as her church choir at Archangel Michael Church in Port Washington, the school’s Select Ensemble and Little a Capella Group and the Metropolitan Youth Orchestra, performing in concert halls across the area, including Carnegie Hall in Manhattan.

“Basically we do different things from classical to pop to holiday pieces,” Rallis said of the Little a Capella Group, which she co-founded. “It’s another way for us to learn about music and express ourselves.”

Rallis is also active with the Greek Orthodox youth association through her church, and said the organization is “another way for me to express that and enrich my faith.”

Beyond that, Rallis said, she is focused on getting through senior year and hopefully attending College of the Holy Cross in Massachusetts. Rallis will apply for early decision and, if accepted, will take the pre-med track, majoring in nonperformance music and minoring in religious studies.

“I really feel at home there, and I think I have a good chance of getting in,” Rallis said.

A lifelong Manhasset resident, Rallis is ready to see what the rest of the world has to offer but will miss aspects of the Manhasset community.

“We’re a very tight-knit community where everyone knows everyone, and that’s a very good thing,” Rallis said. “We’re a very giving community, especially with giving back, I think we’re very big about that, and that’s one thing I really hope I’ll find when I go to college.”

Editorial: Dean Skelos and justice in Nassau
Next Article