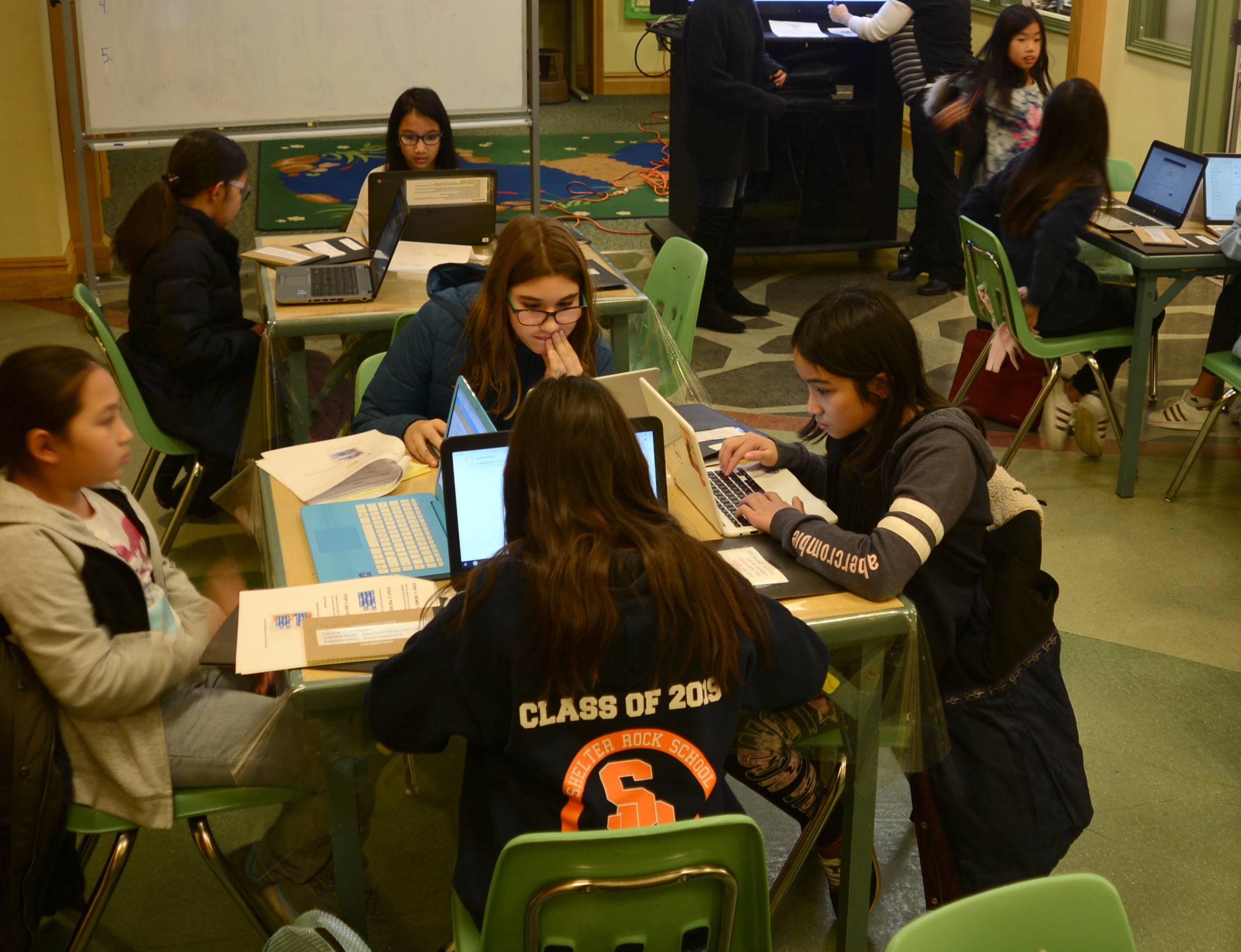 The Girls Who Code club at Manhasset Public Library gathered Tuesday night. This is the first time the library has held the 15-week program. (Photo by Teri West)

On Tuesday evenings in a tucked away room on the top floor of the Manhasset Public Library, a cluster of girls unites and codes.

They work at small tables with other girls learning the language they’ve chosen, navigating through tutorials that will eventually lead to creating their own digital projects.

The 15-week program is a Girls Who Code club, a subsidiary of a nationwide organization that creates curriculums and programs for girls and women to learn and engage with computer science.

The participants are mostly sixth-graders and are all from Manhasset, said Diane Malkin, the program’s facilitator and a youth services librarian at Manhasset Public Library. This is the first time the library has hosted the club, which started earlier this month.

“My favorite part actually is the excitement and the desire I see in the girls because they’re really into it and they’re really excited and you can see the wheels turning,” Malkin said.

Chloe Chan, a ninth-grader, was working through a JavaScript tutorial at the club Tuesday night.

She had learned some coding in middle school but came to the club to give it another shot. It’s too early to say if it’s something she’d want to pursue further, but, if not, she said, “it’s a good thing to know.”

The gender gap in STEM is a problem, Chan said.

“I feel like people should be judged not by their genders but by their capabilities,” she said.

Ninety percent of technology executives are men and only 19 percent of the entry and mid-level workers they employ are women, according to a report by Entelo, a recruiting platform.

But for many of the club’s participants, the weight of taking on a deeply skewed industry is only a remote thought. Like Chan, they said they’re in the club to try coding out. To give a new skill a shot, often with the encouragement of their parents.

“My mom wanted me to be here because she said my friends would be here, so here I am,” said Sophie Tay, who was constantly being prodded by a buddy at the table behind her as they worked on their tutorials.

Sixth-grader Shannon Wong was excited that they had been able to create an image and code it into a mobile application.

“In the science field, science-y thing,” she said, “there’s-”

“Not enough girls!” her neighbor Katie Kim chimed in.

Girls Who Code was founded in 2012 and started with a summer program for 20 girls in New York City, founder and CEO Reshma Saujani wrote in a Medium article last year.

Since then it has expanded into communities and campuses across the country, growing with support from companies and foundations including AT&T, Uber and Eileen Fisher.

“We’ve reached a moment unmatched in our history, a moment as full of anger and anguish as it is promise and potential,” Saujani said in a letter on the Girls Who Code website. “Women and girls across the country are coming together to correct centuries-long power imbalances across lines of gender, race, sexuality, and more.”

Ashley Luo, a senior at Manhasset High School, is co-facilitating the club with Malkin. She had noticed a gender disparity in her computer science classes and approached the library with an interest in starting a Girls Who Code club.

Facilitators don’t need prior coding experience to run the club, but Malkin and Luo do the tutorials ahead of the participants so they can provide guidance during the meetings.

Each week, Manhasset’s club starts with a video highlighting a woman in technology.

The group then discusses and works on its project “just to get their ideas flowing,” Malkin said.

The girls selected the theme “daily foods that can kill you” for their projects, and Wong and Kim were eager to list foods to avoid.

“Hot dogs, you can choke when you stuff them down,” Wong said.

The girls then split off to work through tutorials on the coding language of their choice such as Python, Scratch or JavaScript.

“You just need creativity,” Malkin said. “Anybody can learning coding language. It’s not like it’s something only male brains can do.” 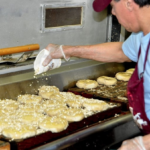 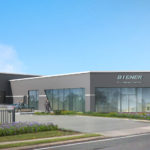