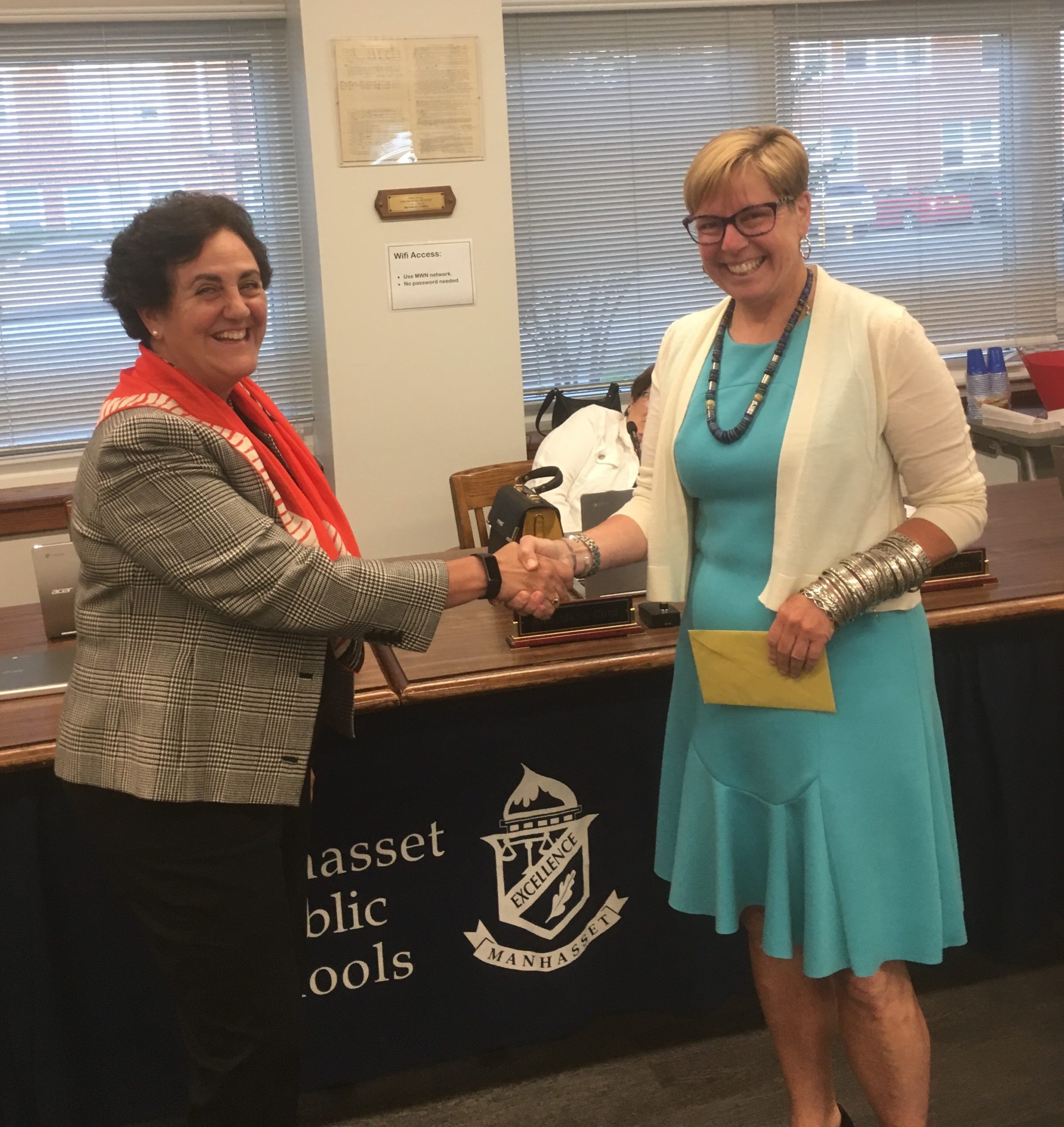 Regina Rule completed her six-year tenure as Manhasset Board of Education president and passed the gavel to Trustee Patricia Aitken at the board’s reorganization Monday.

Rule will continue to serve on the board as a trustee.

The board selected Christine Monterosso to replace Ann Marie Curd as vice president. Curd also will remain on the board as a trustee. She and Rule were re-elected in May to three-year terms.

Board members praised Rule for her outstanding leadership.

“Regina knew everybody and talked to everybody. She brought all that collaborativeness to the board,” said Trustee Carlo Prinzo.

Rule responded: “You don’t do this job by yourself. We do it better when listening to everybody’s opinions.”

Speaking from the audience, Manhasset resident Craig Anderson said to Rule, “Thank you for your fine-tuned moral compass.”

Superintendent Vincent Butera remarked that “Regina has no agenda except to serve the kids.”

In an interview after the meeting, Rule said, “It has been an honor to serve the community and the students. We have a great leadership team that cares about everybody’s input.”

New to the board this year is student representative Sydney Ginsburg, who has been in the district since kindergarten. Ginsburg said, “I want to see that all the kids have an experience like I have had.” She hopes the board will organize a town hall meeting to seek input from parents and students on the district mission.

Aitken commented after the meeting that she hopes to give particular attention to the new mission and vision statement adopted by the district.

The mission to “recognize each child as an individual with the potential to achieve their personal best” and the vision to “prepare each student for a continuously changing world…” are important concepts to the new president.

In separate matters, Butera reported that work on infrastructure improvements is proceeding on schedule. The project involves $389,000 of facilities repair work.

Butera also commented on the proposed Macy’s development that has aroused concern among local residents and civic groups. Developer Brookfield Properties seeks to construct three rental apartment buildings, an office building and a hotel along Northern Boulevard and Community Drive.

Butera said that he is currently in the data gathering stage as no formal proposal has been submitted by the developer. His primary focus is on what impact the project might have on school enrollment. At this time he does not have enough information to draw any conclusions, he said. 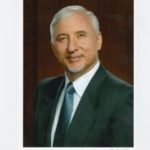