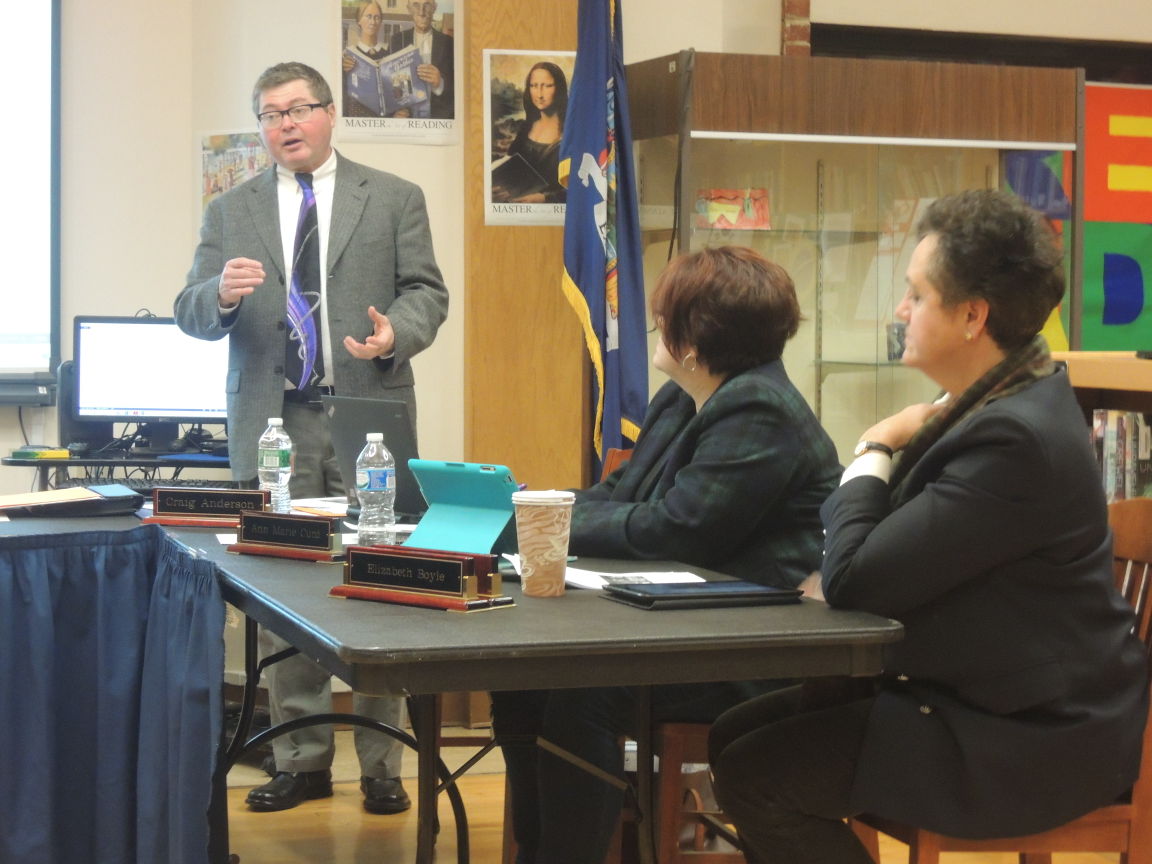 The Manhasset School District’s director of instructional technologies and libraries said last Thursday the district should begin its plan to upgrade with technology with improvements to district Wi-Fi service.

“It basically gets to the classic cart before the horse,” Sean Adcroft said in a presentation to the Board of Education. “If you’re going to buy a bunch of Chromebooks but you don’t have the access points and the wireless connectivity to support them, you’re going to end up with a lot of angry students and teachers.”

Adcroft said the $432,581 the district received under the Smart Schools Bond Act would allow Manhasset to upgrade its existing use of technology as a teaching tool.

But the upgrade in Wi-Fi was needed for the district to take full advantage of that technology.

“Without the wireless network, it would be like spending a lot of money on a really high-end sports car before you have a nice road to drive it on,” he said

The Smart Schools Bond Act allows the district to spend an estimated $392,962 toward installing new wireless access points within the next year, instead of staggering the upgrade over time.

Using that money to enhance the foundation of the network will put Manhasset ahead of the curve where it really counts and leaves the district with a balance of nearly $40,000, which can be spent at any time, Adcroft said.

Adcroft praised the Manhasset board for having already invested in technology in the past.

With a solid wireless network already in place, the next step to upgrade is even easier and necessary with the expansion of classroom devices currently underway and even computer-based testing looming years down the road, he said.

“When we did the bond in 2007, which included what was called a forklift upgrade of all of the infrastructure, we promised the community that we would observe a very disciplined approach to our infrastructure and technology rotation and we have remained committed to that,” said Rosemary Johnson, the deputy superintendent for Business and Finance.

There are now 1,500 devices, and connectivity is 100 times faster. In addition, each classroom has a SMART Board, Flat Panel or projector, each used to enhance the learning experience in different ways.

School officials said the technological growth that has taken place during the last 19 years is a result of two streams of funding —  the operational budget and the Tower Foundation of Manhasset.

The non-profit, established in 1991 by community members in response to a decline in state funding, has provided the school with updated technology, including its donation of 360 Chromebooks to English Language Arts classrooms in grades 7-12. Sixth graders will be introduced to the sleak laptops next year as the faculty is being trained in the device’s bevy of applications.

Adcroft said among the tools used by the district is Google Classroom, which helps teachers create, distribute and grade assignments online. Students can turn in drafts of the assignment and get real-time feedback from the teacher while outside of school, enabling the type of tutorial assistance that is so valued outside of academics.

“The highest level of teaching usually is if one can get into a tutoring model,” he said. “It’s something we splurge on if we can. We get a personal trainer, we get a tennis coach, we get someone that’s going to show just me, not a class full of people…just me how to cross country ski.”

Other necessary steps presented in the plan include certain devices like iPads with the easier-maintained Chromebooks.

“If you have 20 [Jaguars] in your garage, you might need 15 mechanics to work on those,” Adcroft said. “But if you have 20 Toyotas in your shop, you need one guy that works part-time.”

With the technology plan in place, Board of Education President Regina Rule said the district can start making spending decisions to prepare for the approval of the 2016-17 budget.

The plan itself does not need formal approval at this time, but gives insight into the future use of technology in Manhasset schools.

Roslyn Estates eye definition of through lot
Next Article 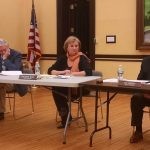