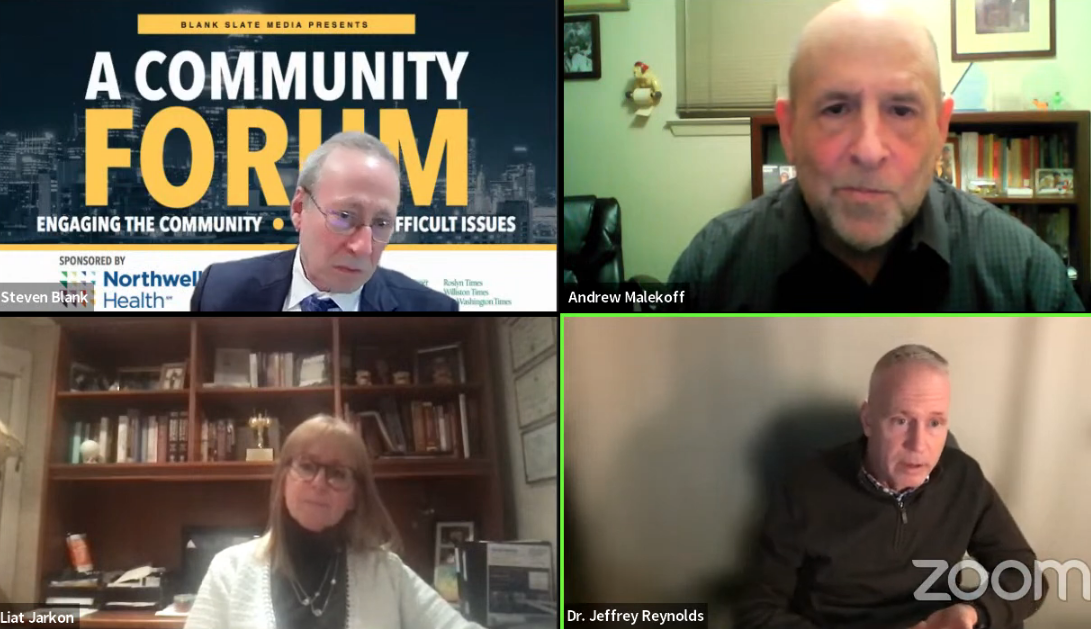 A panel of mental health experts discussed how the coronavirus pandemic, social media and living in a world filled with uncertainty will continue to impact school-age children and young adults during a virtual forum hosted by Blank Slate Media last week.

The event, moderated by Blank Slate Media’s editor and publisher, Steven Blank, featured Dr. Liat Jarkon, the director of the Center for Behavioral Health, Jeffrey Reynolds, the president and CEO of the Family and Children’s Association, and Andrew Malekoff, the former executive director and CEO of the North Shore Child and Family Guidance Center in Roslyn Heights.

Around a decade before the coronavirus pandemic began in March 2020, Jarkon said, concerns about mental health began to occur more frequently. Since the pandemic began, she said, the number of people suffering from mental illnesses has increased to a point where the mental health crisis has become its own epidemic.

“In approximately 2009-10, a lot of the mental health community started saying ‘we have to be careful, there’s something going on here,’” Jarkon said. “What’s happened since the pandemic is that the numbers have skyrocketed. It has catapulted the number of people – children, adults and seniors – who are dealing with anxiety, depression, domestic violence and substance abuse issues.”

For children, Malekoff said, structure is one of the most important factors in development. With the pandemic causing a loss of structure in the forms of death, poverty or even not being able to go to school in the traditional pre-COVID manner, he said, this can contribute to children developing mental health illnesses in the future.

“The accumulation of risk factors are a sign as to how far at risk a child is for developing poor outcomes in their life,” Malekoff said. “To mitigate against risk are protective factors which are, for example, a good relationship with an adult or a peer group or school connectedness.”

Malekoff called on schools, pediatricians and mental health clinics to screen for adverse childhood experiences so they can get a better sense of what risk factors an individual has been exposed to.

Reynolds said the problems that the FCA has seen firsthand reflect the bigger picture throughout the nation. As the association tries to prioritize the Long Island community and the mental health issues it deals with every day, he said, staffing issues due to the pandemic have impeded the ability to do so at times.

“At the same time there’s been a COVID crisis, there’s a workforce crisis and I’m having a hard time filling positions at FCA,” Reynolds said. “I’ve had well-trained social workers who, because of the stress in their own lives merging with the professional stress, have said, ‘I’m going to work at Walmart over the course of the holiday season. They pay $20 an hour, I’m only making $19 an hour as a social worker and Walmart is a whole lot less stressful.’”

Malekoff said there should be more avenues to help the roughly 140,000 children in the United States that have lost either their primary or secondary caregiver as a result of the pandemic who are at higher risk to develop mental health illnesses in their lifetime. Whether it was members of the older generation who were children when national or global wars occurred or the younger generation experiencing the coronavirus pandemic, he said, children that have dealt with profound loss in their lives should have their mental health assessed by a professional.

In terms of social media’s impact on the younger generation, Jarkon said, parents should promote other hobbies and activities that can stimulate their children’s growth and aid their mental health. The anxiety that comes along with being fully immersed in social media, she said, can lead children and even younger adults to compare how they stack up with others they know or see online.

“Studies have shown that [children] get depressed and anxious because they’re comparing themselves to everybody else,” Jarkon said. “I think if we spend more time with our children, engaging them in things that are family-oriented like a family game night, they’ll have less time to spend on social media and be sort of isolated.”

Reynolds reflected on experiences he has had telling parents to act like a parent rather than their children’s friend. Children, he said, can easily pick up on their parents’ behavior, even if it’s just someone checking Facebook or Twitter during a dinner conversation. What younger people see when they go online, Reynolds said, also plays a significant role in developing insecurity or mental  illnesses.

“Parents should want to make sure they keep those lines of communication open with their kids because they see and hear a lot of things and they need an adult to process that with,” Reynolds said. “That should be the parents, not someone else.”

Malekoff said parents with children up to 18 years old who may have anxiety, depression or other mental ills should reach out to the North Shore Child and Family Guidance Center. Reynolds also touted the FCA’s work, but implored parents and all other individuals to ask how a person is doing.

“You don’t have to be an expert in mental health in order to approach someone and simply ask if they are OK,” Reynolds said. “That goes a long way and for a lot of people, that opens the door to a much larger conversation.”

Jarkon said anyone who expresses a desire to self-harm should be taken to an emergency room immediately.  Utilizing other resources, including the ones provided by the New York Institute of Technology, can also help parents identify any mental health problems in their children.

“Knowing that you’re not alone and that help is out there is really the most important thing,” Jarkon said.

The full meeting can viewed online on The Island Now YouTube page. 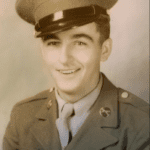 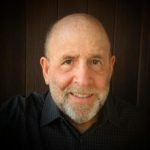 The Back Road: School connectedness and the pandemic