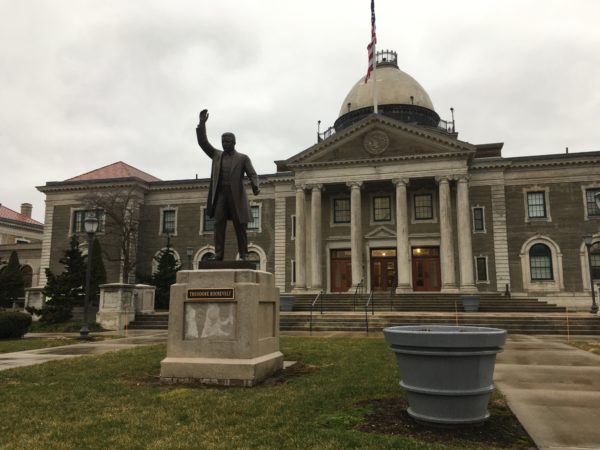 A mid-year report from the office of Comptroller Jack Schnirman anticipates Nassau County to have nearly $80 million in GAAP surplus funds. (Photo by Noah Manskar)

A midyear report from Nassau County Comptroller Jack Schnirman indicates the county is on track to generate a surplus of nearly $80 million, which will improve its overall financial state.

The report released last week shows, based on the first six months of 2021, the county is on pace to generate a surplus of $79.8 million under generally accepted accounting principles. Schnirman referred to the county’s “resilient” economy and said ending the year with a surplus would be crucial to the county’s long-term financial progress.

“This report is a snapshot in time to provide up-to-date estimates and trajectory based on data so far this year as well as analysis of past years and current trends,” Schnirman said. “We’re seeing that the local economy has been tremendously resilient … there will be an opportunity to make significant investments in moving toward long-term financial sustainability.”

The report also outlined some of the “opportunity” and “risk” drivers the county faces going forward, headlined by more than $46 million in payroll and fringe benefits savings, from the $614.2 million allocated in the 2021 adopted budget, approved by the Nassau Interim Finance Authority. Schnirman said the savings is primarily due to unfilled positions  that are slightly offset by higher overtime pay for police and correctional center employees.

The county is also projected to receive more than $39 million in savings from rents and recoveries primarily due to the recovery of $55.4 million of NIFA sales tax withholdings for its debt service last year. Additionally, the report anticipates the county will have more than $37 million in savings from recipient grants and Medicaid in the social services part of the budget.

Two of the main “risk” drivers outlined in the report are more than a $38 million decrease in fines and forfeitures and a $16.3 million decrease in local government assistance. The lost revenue in the fines and forfeitures part of the budget, the report said, is mainly due to the lack of red light cameras, public safety and traffic violation fines, and the decrease in local government assistance is anticipated due to higher estimated sales tax revenue.

Schirman indicated that the county will have more than $761 million in additional funds as a result of estimated budgetary and sales tax surpluses and funding from the American Rescue Plan. Last year, the county created a special revenue fund to utilize sales tax revenues that exceeded the allocations in the adopted budget. These revenues, according to the report, could exceed $295 million by the end of the fiscal year.

“Used smartly, these funds could improve the lives of our residents, boost our local economy, and make significant progress towards the County’s long-term financial stability,” Schnirman said. “Sometimes in crises, there is an element of opportunity, and we must approach this moment responsibly.”

In May NIFA officials said that the county ended the 2020 fiscal year with more than $43 million in surplus funds as a result of two key sources of aid. The two lifelines were Nassau’s receipt of a one-time federal grant of more than $102 million from the CARES Act, mostly used to cover salaries and fringe benefits, and $435 million in debt service savings for the fiscal 2020, 2021 and 2022 years, through the finance authority’s refinancing of $1.1 billion in county and finance authority debt.

All Things Real Estate: How have home prices done year over year?
Next Article 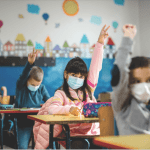 In absence of state, education commissioner to issue coronavirus guidance