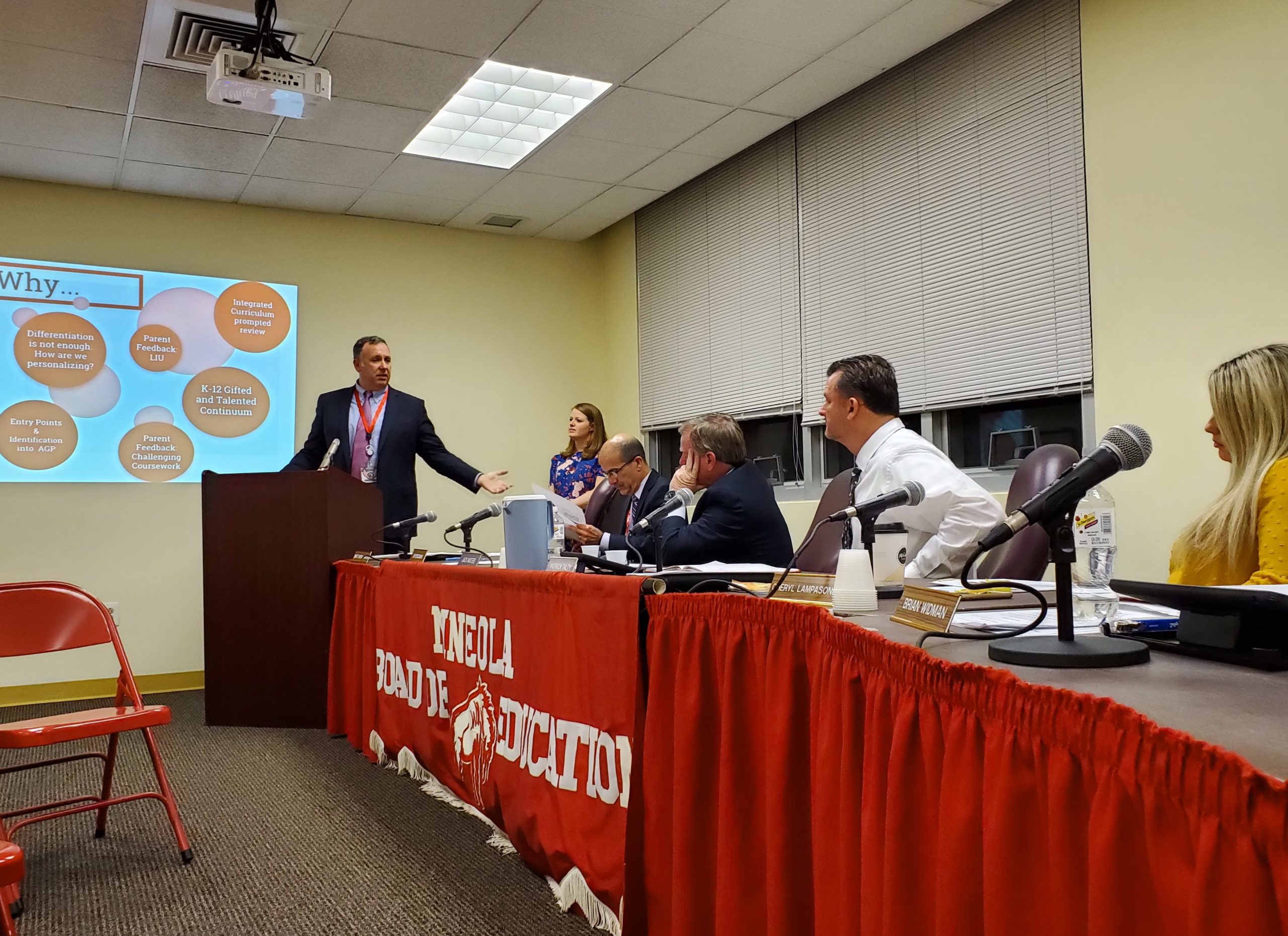 The Mineola Board of Education proposed a $99.9 million budget for 2019-20 to address aging infrastructure in the district’s schools in its last budget workshop meeting last Thursday.

Capital projects proposed are an upgraded parking lot, sidewalk, entrance and cafeteria renovation at Mineola High School, a new baseball practice facility with a heated batting cage, modernization of stage lighting, electricity and rigging at the high school and middle school auditoriums, at least 100 door and lock replacements at Meadow Drive and Hampton Street schools and completion of those already underway at the high school and middle school.

The district’s proposed budget would increase by $1.79 million from the current budget.  The budget calls for an increase of 1.97% in the tax levy, which is below the state tax cap.

Superintendent of Schools Michael P. Nagler said the district is 98% done with the proposed budget and used the last budget workshop session to address final questions before a vote in the next meeting on April 16.

Nagler said the district is expected to receive an additional $50,000 in the second wave of  allocation of education aid from the state. Total foundation aid increased to $78,000.

The proposed budget includes everything the current budget has, with some additions. The most notable additions are a full day pre-K, a new math program and enrolling dual language into 7th grade, Nagler said.

The district will transfer $4 million from its “savings account” to capital spending, according to Nagler.

The parking lot will be redesigned to accommodate angled parking on both sides of the Mineola High School entrance. It will add 30 spots of parking from the current design, which has parallel parking on one side of the entrance.

Parts of the sidewalk are buckled and broken due to tree roots expanding and flooding from rainstorms. Nagler said the district might be able to save money on the sidewalk replacement thanks to the Town of North Hempstead.

“The Town of North Hempstead started a sidewalk replacement program near schools,” said Nagler. “I’m trying to pursue with the architects the possibility of the town doing the sidewalks, which would save us some money.”

A new baseball field would be built in what is currently a soccer field next to the track. Nagler said he wants to make better use of the field. “It’s really a dead area for us. We really don’t use it for anything,” he said. A heated batting cage for winter practice is also in the project.

Nagler said currently stage managers and technicians have to get on a ladder to adjust stage lights and the ropes in use are 50 years old.

Another proposal is the renovation of the entire Mineola High School cafeteria, including furniture, walls, ceilings, paint, projection equipment and more.

Finally, should the budget pass, the board wants districtwide flooring upgrades, including the high school gym floor, a new robotics room in the high school and additional cameras, among other items. 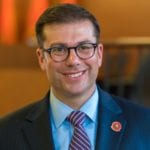 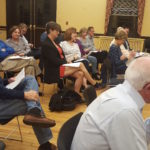